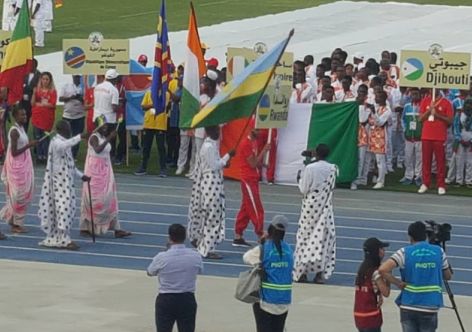 (ATR) The third African Youth Games is underway in Algiers, Algeria, with some traditional hiccups and an eye to boosting African events in the future.

The Games feature 2,500 athletes competing in 30 sports from July 19-28. It is the largest youth Games on the continent and follows the first two editions in Rabat, Morocco, and Gaborone, Botswana.

According to sport consultant Diamil Faye, who is working with the Association of National Olympic Committees of Africa in organizing the Games, the event is finally in full swing. Faye told Around the Ringsthat four days into the event, things are starting to have a multi-sport Games feel after transport issues and other minor hiccups dominated at the start.

A number of athletes featured in Algiers could go on to compete in the 2019 African Games, once a host is found. The idea is for these athletes to have an opportunity to compete at a continental level below the senior level, as a springboard to bigger and better events in sports largely ignored by governments.

"In African countries it’s very difficult to get governments to build sports infrastructure outside football," Faye said. "Getting countries that do not have opportunities to host mega events would be one of the first objectives for ANOCA."

Lesotho will host the fourth edition of the Youth Games in 2022. For the first time, the next Youth Games host was known before the previous edition kicked off. Even without an observer program, Lesotho officials were in Algiers to learn, says Faye.

Africa will also be awarded the 2022 Youth Olympic Games. Botswana, Nigeria, Senegal, and Tunisia are bidding to host the first Olympics of any kind on the African continent.

Listen to the full conversation with Faye below: