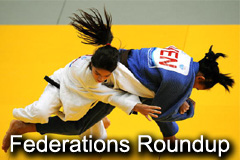 A row between Australian press and the International Rugby Board threatens coverage of the upcoming Rugby World Cup in nearby New Zealand.

The six-week tournament kicks off Sept. 9, but neither News Limited nor Fairfax Media has come to terms with the IRB’s restrictions on the amount – and placement – of match footage permitted.

According to a report from the International Sports Press Association, the federation is seeking to limit the quantity of video newspaper publishers may deliver via digital platforms as well as altogether prohibit the airing of video advertisements adjacent to news coverage containing match clips.

"We will not be told when, where and how much we can publish. This is a democracy and we will follow the principles of a free press," Newspaper Publishers’ Association CEO Mark Hollands told AIPS.

"Publishers recognize our role in ensuring there is no guerrilla marketing that undermines the value proposition of a sponsorship of the Rugby World Cup."

With competition just two weeks away, the Australian Associated Press is also still in talks with the IRB regarding the fine points of its accreditation agreement.

According to AIPS, a similar dispute jeopardized coverage of the 2007 edition in France but was settled just prior to kickoff.

Japan is dominating the World Judo Championships in Paris.

After four days of competition, Japan has won 13 medals, five of them gold.

France is second on the medal tally with three medals, including two golds. Greece, South Korea and Uzbekistan are the only other countries to win a gold. The Korean and Uzbek teams each have two medals, tying them for third in the medal tally.

Competition at the Palais Omnisport de Bercy kicked off Tuesday and runs through Sunday.

The rowing world heads to Bled, Slovenia next week for the 2011 World Rowing Championships.

Organized by the International Rowing Federation (FISA), the week-long regatta starts Sunday and serves as the main qualification event for the London Olympics.

The men’s single sculls event has the largest number of entries with 36 countries. The lightweight men’s double scull features crews from 34 countries.

Great Britain is the favorite in many events, including the men’s four race. Its team, which consists of Alex Gregory, Matt Langridge, Ric Egington and Tom James, won both world cups they entered this season.

Katherine Grainger and Anna Watkins of Great Britain are the team to beat in the women’s double sculls, entering the race on a two-year winning streak.

The world champs are also the main qualification regatta for the 2012 Paralympics and will include a record 26 countries.The men’s single race is the largest adaptive competition with 17 countries competing.

This will be the fourth time the championships are staged in Bled, with the central European city hosting the regatta in 1966, 1979 and 1989.