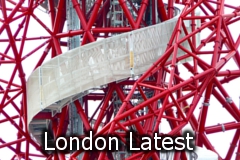 At the time of writing on day three of competition, the Brits are 20th with four medals, no gold.

"They are to come, for sure. I remain confident."

Prior to the Games, the BOA said it wanted "more medals in more sports" and a total of 48 medals in London.

"The athletes remain confident. There is no sense among the team that we are not delivering."

An Australian reporter noted that, currently, the Aussies are ahead of Great Britain in the medal tally.

"We don’t intend for that to last too long," quipped BOA chairman Colin Moynihan with a smile. "The rowing starts tomorrow. You're welcome to join me for a few days."

Moynihan said he enjoyed the "friendly rivalry" with Australia. In that spirit, his Australian counterpart John Coates will participate in a joint press conference next week.

Amid the joy of being awarded an Olympic medal, London athletes usually have a similar reaction to wearing it: It’s heavy.

"The thing I said when I put it around my neck was, ‘Man, this thing’s got some weight to it,' but it’s cool," said U.S.archery silver medalist Brady Ellison. "I was fortunate enough to win some medals at Pan Ams last year and this one is twice as heavy."

In a nice mix of humor and product placement, his teammate Jake Kaminski added, "It’s about twice as heavy as a bottle of Coke."

The London medals are the heaviest Olympic medals in history, weighing 375-400 grams (up to 14 ounces, or nearly a pound). They are 85 mm in diameter. The 1936 Garmisch-Partenkirchen Winter Olympics medal was 100 mm in diameter, but was presented to athletes in a box instead of placed around their necks.

Weightlifters and wrestlers probably won’t have a problem, but for some of the more slender athletes, the heavy medals could be dangerous. A U.S. diving coach cautioned bronze medalist David Boudia, "Don’t hurt your neck, you still have to dive."

The view from the top of the Aquatics Center is indeed breath-taking, as many spectators have to catch their breath after making the long climb to their seats.

"I don’t normally suffer vertigo, but it’s a little high up here," said one spectator.

Organizers did not sell the highest rows of seats for 10-meter diving events because of obstructed views caused by the sloping wave-like roof. About 3,000 total seats across several sessions had partially obstructed views and those seat-holders were offered a refund.

However, a LOCOG spokesman tells ATR that only 20 or so ticket holders requested a refund. "We’re also offered a partial refund for anyone who attends and is not happy with the experience," he said.

Alexa Conder, who brought her 7-year-old daughter Amy to the men’s synchronized 10-meter platform event, did not turn back her 50-pound tickets even though the sightlines weren’t optimal.

"We have to duck down," she said. "We’re missing the tops of their heads."

They didn’t stay in those seats, though, choosing to move closer to the diving well into some of the unsold seats which actually had better views.

Spectators could also see the action on two large television screens that hung from the roof.

As the IOC's exclusive worldwide interactive entertainment software licensee, ISM put a couple of titles on sale ahead of London 2012.

The sixth summer edition of the official Olympics franchise has hit No. 1 in the U.K. plus a few other key markets around the world, Goldsmith tells ATR.

Games focus by the public has also led to a 21 percent increase in weekly sales of "Mario & Sonic at the London 2012 Olympics" despite the title hitting shelves 38 weeks ago.

In a first for the Olympics, smartphone games, Web-based mini games and Facebook social games are also tracking well, says Goldsmith, with 8 million users already and an estimated 30 million by the close of the Games.

The incoming head of the Association of Summer Olympic International Federations doled out gold to China’s gymnasts, silver to Japan and a surprise bronze to Team GB, their first team gymnastics medal since 1912.