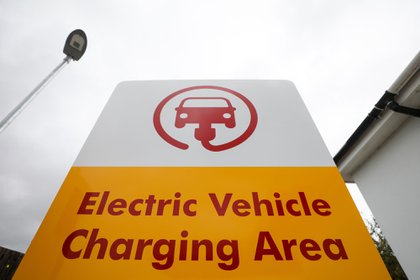 (Bloomberg) -- Royal Dutch Shell Plc has agreed to buy Ubitricity, which operates the largest public electric vehicle charging network in the U.K., expanding its investments in the transition into cleaner fuels.

The deal will add over 4,000 public and private charging points to Shell’s portfolio in Europe, the continent’s largest oil company said in a statement Monday. It didn’t disclose the value of the acquisition.

Shell has made a string of investments in renewable and low-carbon assets and technologies since setting out its climate goals in April last year. The Anglo-Dutch oil major has said it plans to invest heavily in the power and mobility sectors as it comes under increasing pressure from investors and society to transition into a more environmentally friendly company.

Ubitricity integrates chargers into existing infrastructure, such as lamp posts and bollards. It has more than 2,700 charge points in the U.K., and another 1,500 private points in Europe. The Berlin-founded company, which has partnered with Shell since 2017, is expanding in Germany and France.

“On-street options such as the lamp post charging offered by Ubitricity will be key for those who live and work in cities or have limited access to off-street parking,” Istvan Kapitany, executive vice president of Shell Global Mobility, said in the statement.

Shell has access to over 185,000 third-party charging points, located in its fuel stations, on highways and in other electric hubs, the company said.