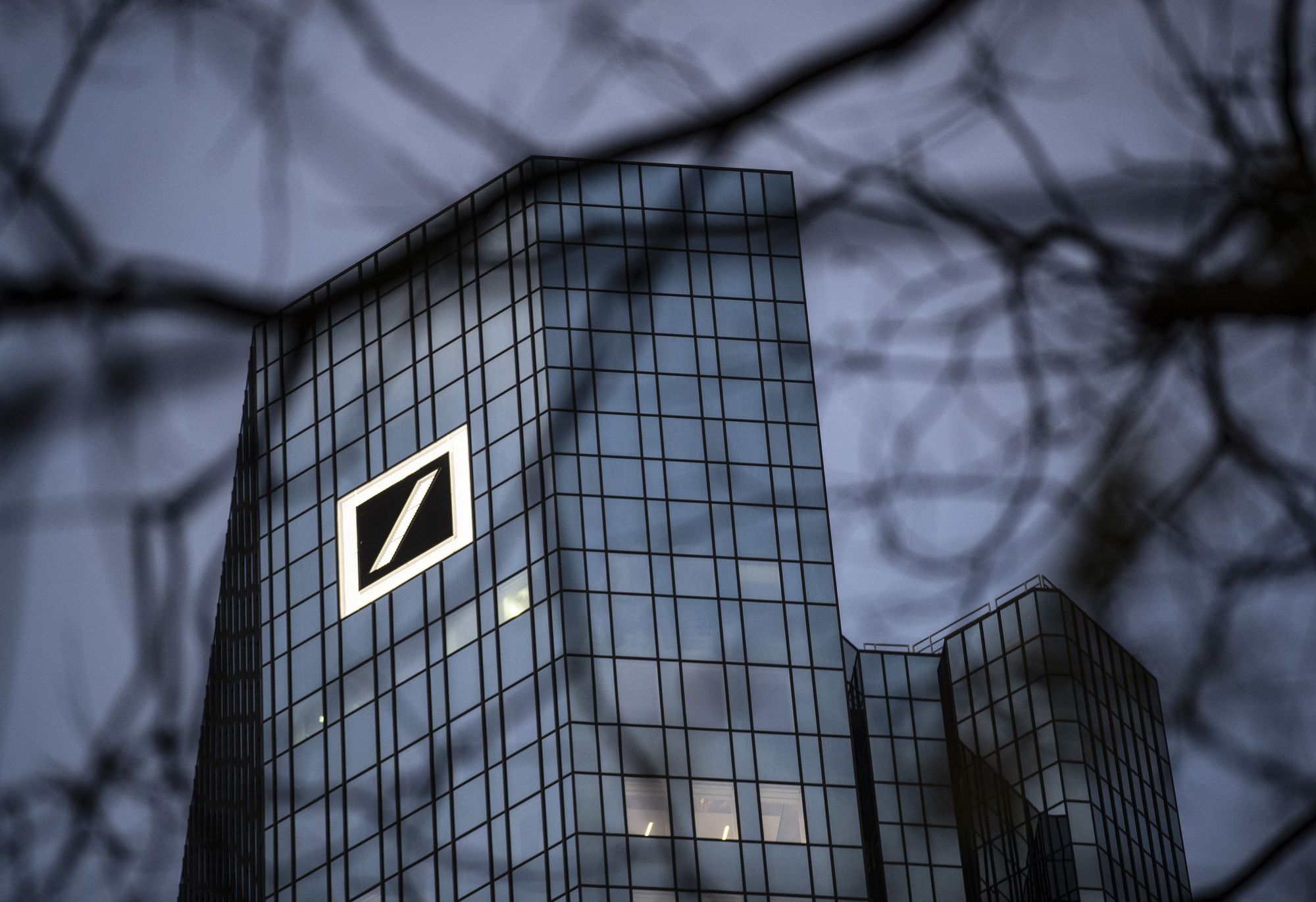 A logo sits on the Deutsche Bank AG headquarters at dawn in Frankfurt, Germany, on Tuesday, Dec. 10, 2019. Deutsche Bank said revenue from fixed-income trading is up this quarter while warning that its mid-term profitability goal is now more ambitious given the outlook for interest rates. Photographer: Alex Kraus/Bloomberg

(Bloomberg) -- Mexico’s antitrust body has fined seven banks a total of $1.5 million, only 4% of potential penalties, following a four-year investigation into alleged price rigging in the peso bond market, according to a document seen by Bloomberg News.

Eleven traders, whose identities weren’t disclosed, were fined a total of 5.7 million pesos out of a possible 108.5 million pesos.

A spokesperson for the antitrust commission, known as Cofece, didn’t respond to a request for comment. The agency is barred from speaking publicly about its rulings until all the parties involved have been notified.

JPMorgan, Bank of America and Citigroup declined to comment. A Santander Mexico spokesperson said it would comment when the decision was made public. The other banks didn’t immediately respond to a request for comment.

The fines are tiny compared to the billions of dollars Barclays and Deutsche paid back in 2015 to settle charges with U.S., U.K. and European regulators. Cofece can fine companies up to 10% of their revenues when they engage in cartel-like behavior, but the maximum fines listed in the documents were smaller and the actual fines at the bottom of the range.

In late 2019, the commission’s investigative unit said it found evidence of collusion after a three-year probe that examined 10 years of trader chats and bank records. Cofece said in early 2017 that it was investigating banks for colluding to manipulate prices in both central bank auctions and when selling to funds and clients.

People charged in the case said investigators found only isolated examples of alleged price fixing or discussions of clients orders in group chats from early last decade. There were no charges of collusion in central bank auctions, the people said.

In the wake of the price fixing probes that followed the 2008-09 global financial crisis, banks implemented tighter restrictions on chat rooms that make collusion harder.

Cofece is under political pressure after Mexican President Andres Manuel Lopez Obrador said this month that lawmakers should fold the functions of the country’s autonomous regulators into his federal ministries. Local media reports had stoked expectations that the fines could be huge, and included inaccurate reports of evidence of price rigging in central bank auctions.

Last year, Barclays and JPMorgan agreed to pay a combined $20.7 million to settle charges in New York that their Mexican affiliates conspired with other banks to sell Mexican bonds at inflated prices to U.S. pension funds. That case stemmed from information gathered in the Cofece probe. The U.S. judge later threw out charges against the rest of the banks, arguing he didn’t have jurisdiction over alleged manipulation in Mexico.

Mexico’s securities and banking regulator did its own investigation and fined six global banks and traders in late 2018 a total of a little over $1 million for manipulating bond-trading volumes.