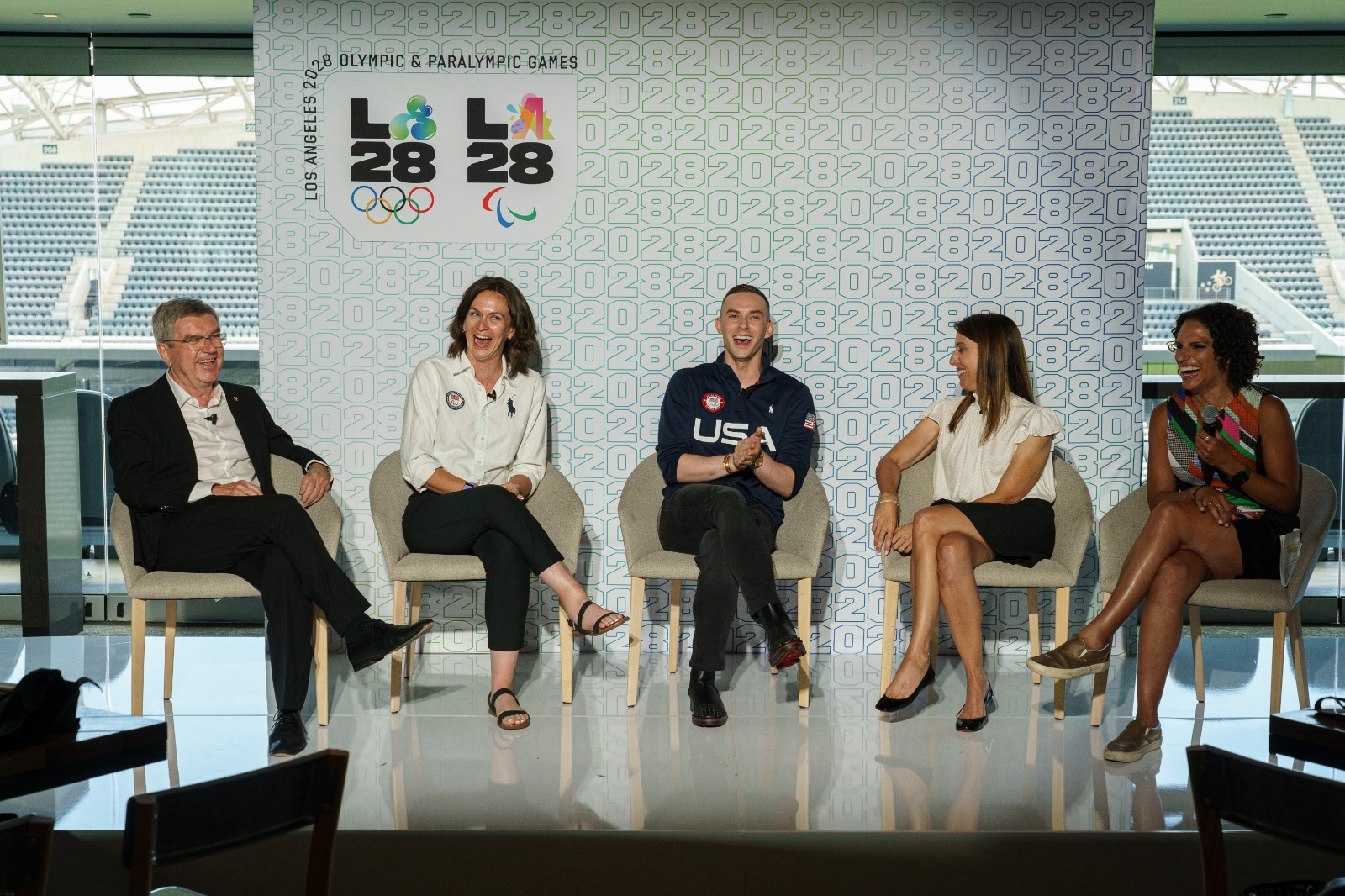 Los Angeles rolled out the red carpet last week as the International Olympic Committee (IOC) Coordination Commission paid a visit to the “City of Angels.” Commission members toured potential venues, heard updates on key milestones, and even participated in a youth sports showcase during a three day visit to the city.

Commission Chair Nicole Hoevertsz stated, “L.A. is an amazing place, with amazing people. This is evident in the quality and quantity of world-class sports facilities available for the Games, including modern, cutting-edge stadiums and iconic legacy venues used during the 1932 and 1984 Olympic Games.”

She noted the visit was the first time the commission had gathered in full to discuss topics related to the future host city. She told reporters the three day trip left her feeling “very, very happy.”

“It was absolutely great to hear from the organizing committee,” declared the Aruban.

Hoevertsz also touted the early investment made in youth sports by the IOC and the City of Los Angeles. The two bodies have contributed USD 160 million to the PlayLA youth sports program.

Commission members were able to observe the youth sports program in action at the Obama Sports Complex. Pau Gasol reportedly took the opportunity to play some hoops with the local youngsters. 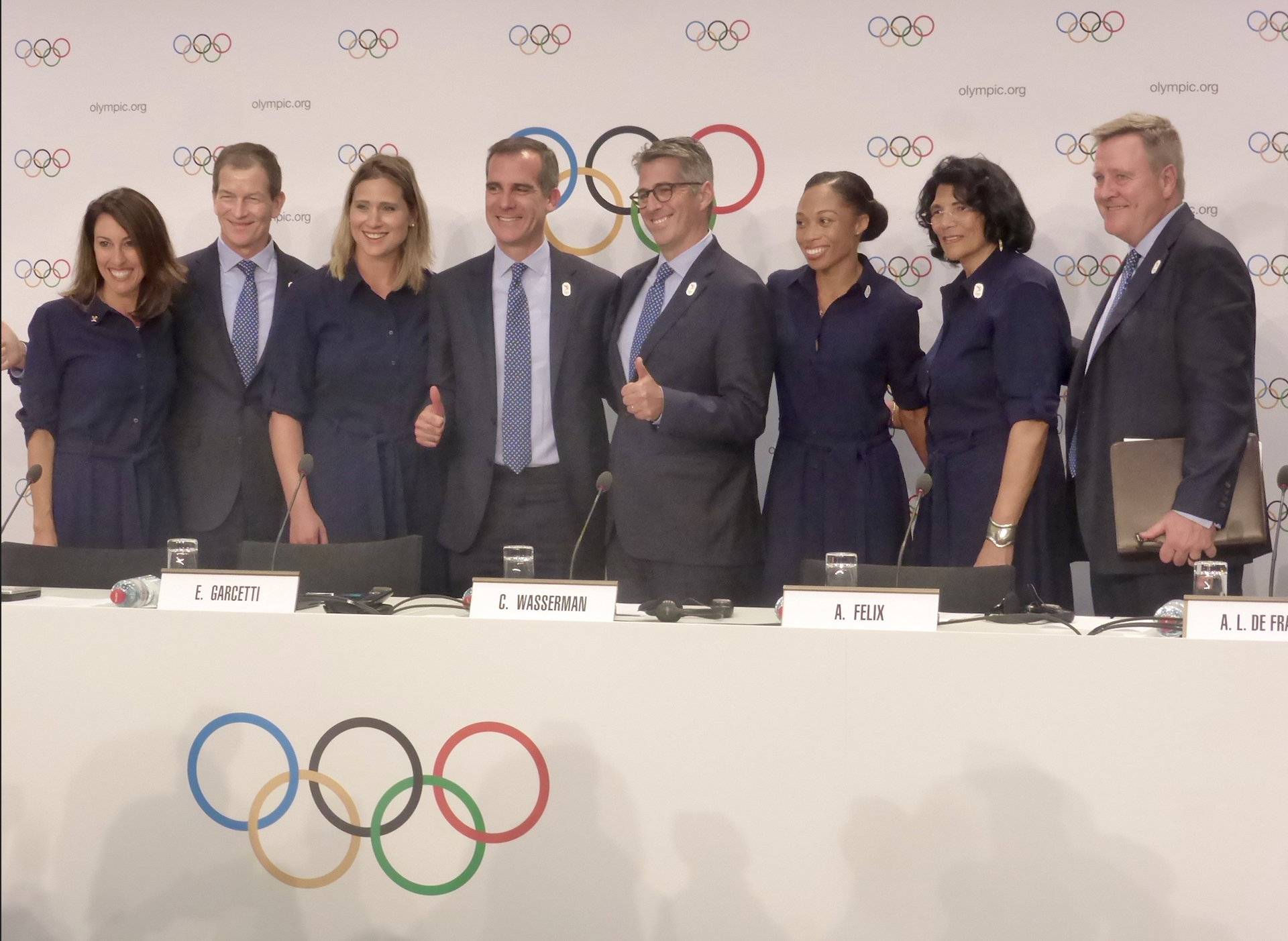 Allyson Felix with fellow members of the LA28 bid team in Lausanne, June 2017

Hoevertsz praised the investment in youth sports, commenting, “when we talk about legacy, people always think about ‘well, that happens after the Games are over,’ but that’s not true. You could see, here, in the city of L.A. how a youth program, Play LA, is already creating legacy now, today, for these kids.”

The former Bruin promised, “[athletes] will all have working rooms that are operated well, with food and cleaning service. All the facilities [are] world-class to attract the best students in the world.”

He added, “truthfully, the secret of our Games Plan is USC and UCLA. There is no city on Earth that has two universities of those scale with athletic programs and student bodies the size they are…in the city center ten miles of each other.” 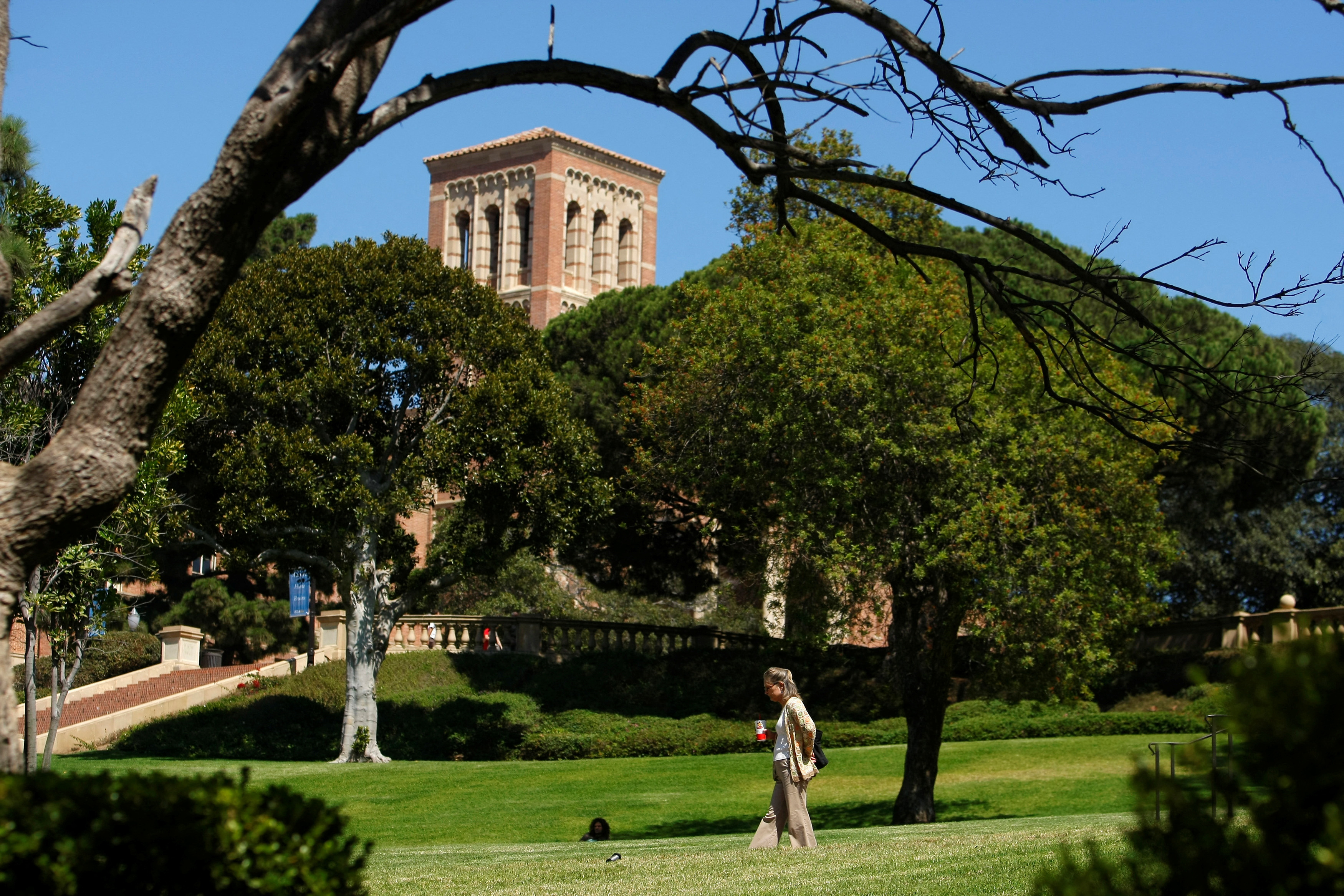 In terms of the overall picture, Wasserman provided an update on behalf of the local organizing committee. He told reporters, “we are entering our operational phase with great clarity and confidence,” adding “we are on track to host an incredible Olympic and Paralympic Games.”

In terms of how the IOC and local organizers would approach selection of additional sports for the Games, Dubi said, “The teams are working together collaboratively. In the end, what counts is the value proposition for the audience, and we want to have it.”

It remains unclear how many sports will be added to the original proposed sports program. Nonetheless, the bodies continue to discuss the matter behind the scenes.

The commission was also provided updates on the development of LA28′s workforce, commercial program, and Games Agreement with the City of Los Angeles, before departing the “City of Angels” at the end of the week.