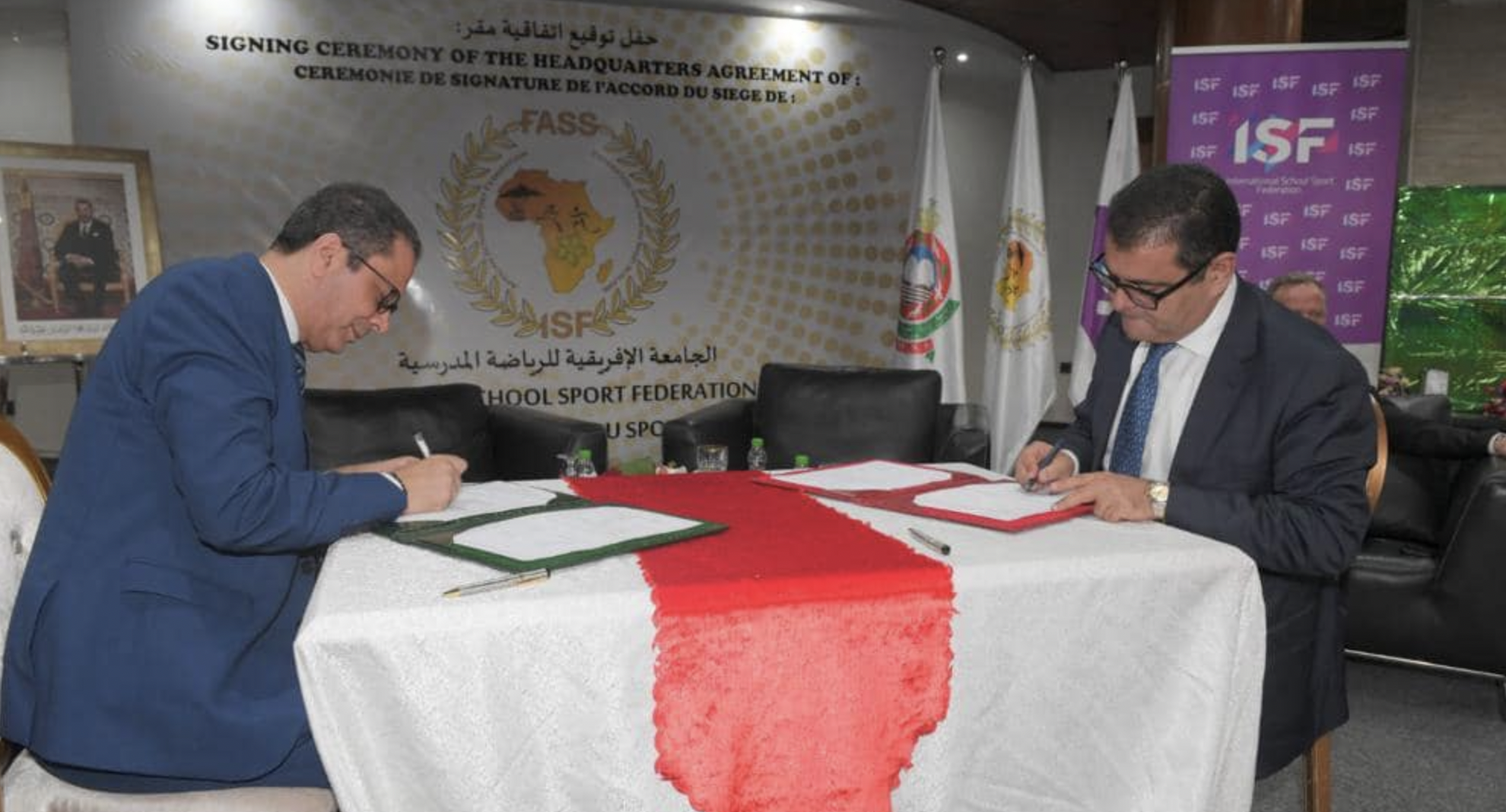 The International School Sports Federation (ISF) returned to Rabat, host of the 2018 ISF Gymnasiade, for a series of Executive Committee meetings last week.

The meetings gave international school sports officials a chance to reflect on recent events, such as the 2022 ISF Gymnasiade in Normandy, France, and an opportunity to set the agenda for the future of the school sports movement.

Members of the ISF Executive Committee heard reports on the outcomes of the 2022 Gymnasiade, along with updates on the She Runs - Active Girls’ Lead event, a key ISF initiative scheduled to take place later this year in Brussels, Belgium. Link HERE.

ISF Sport Director Josip Košutić was unanimously reappointed to another four year term in his current role, while new chairs for the various ISF Committees were also given their assignments.

A unanimous decision was made in regards to the accommodation fee at ISF events. The ISF Executive Committee decided to increase the fee from 50€ to 60€ per person per day, in order to meet the increasing needs and demands of events according to a release from the federation.

It remains unclear which financial needs in particular caused the change, though the ISF Gymnasiade has experienced significant growth over the last few cycles. Standalone championships and smaller multi-sport events may also account for the fee increase.

Nonetheless, the focus of the ISF Executive Committee remained on the future of international school sports. The body discussed the event calendar for 2023-2028, changes needed to improve communication within the federation, ways to better the combination of education and sport, and the finalization of plans to move the official ISF headquarters in Brussels to new location in the city.

The meeting concluded with Rabat being awarded the right to host the 2023 ISF World School Football Championship.

Another ISF Executive Committee meeting is scheduled to take place during the ISF She Runs – Active Girls’ Lead event in September. The exact agenda for the meeting remains unknown.