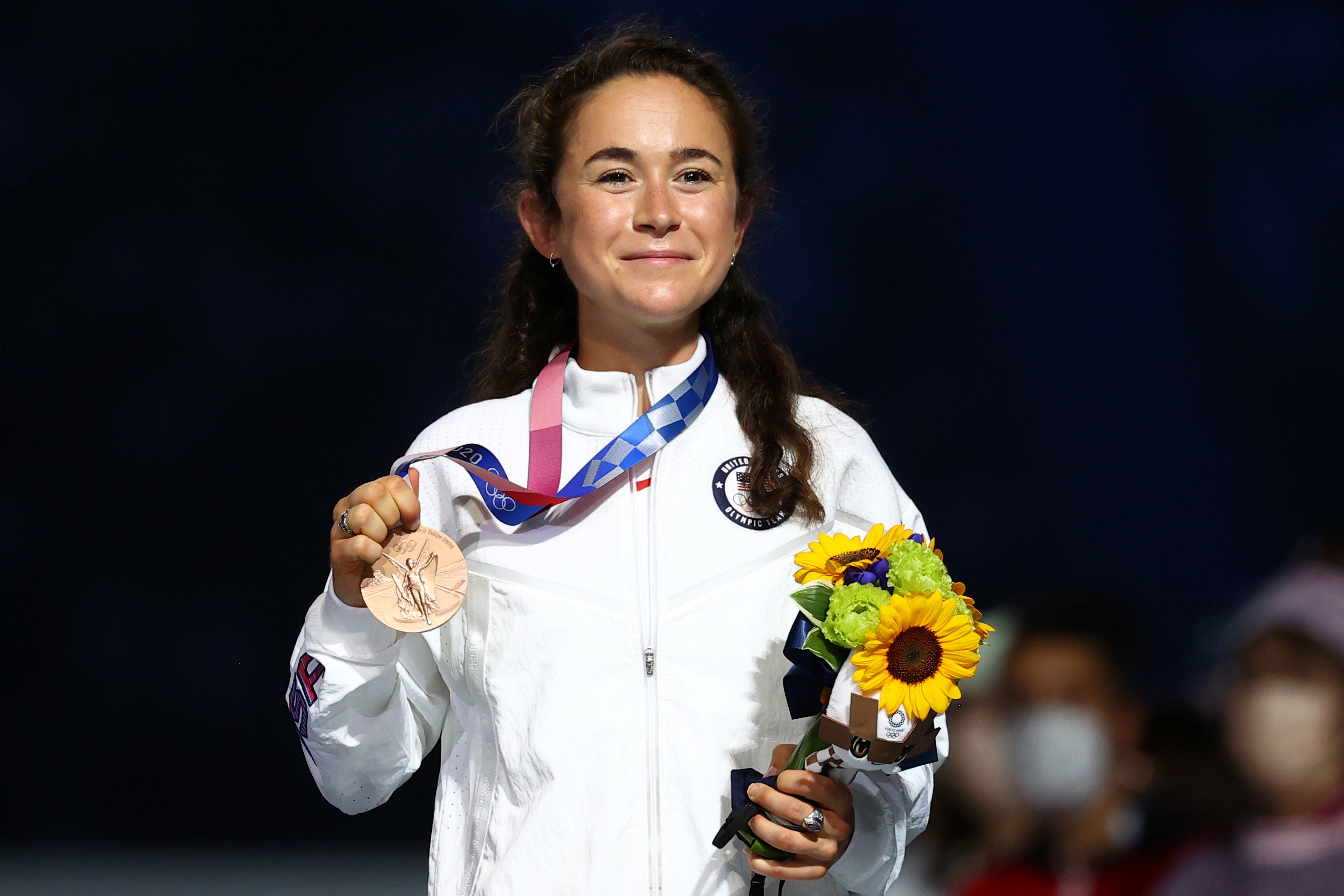 Olympic bronze medalist Molly Seidel will not run the New York Mini 10K on Saturday as she awaits word from the Athletics Integrity Unit about a Therapeutic Use Exemption for medication she takes.

Seidel, who won the bronze medal at the Tokyo Olympic Games in only her third marathon, said in an Instagram post that she was recently diagnosed with attention deficit hyperactivity disorder (ADHD) and began taking Adderall, a medication she called “life-changing.”

However, it is only permitted for use out-of-competition unless the athlete acquires a TUE, which entails a specific application process spelled out on the Athletics Integrity Unit website.

In what Seidel termed an “unfortunate update” on Instagram, she revealed that she applied for the TUE six weeks ago and had not yet received it.

“I’m really gutted to pull out of the NYC mini this weekend, especially since I’m finally feeling ready to race and excited after a difficult last few months,” Seidel wrote. “However, I’m committed to a clean sport and respecting my own mental health needs, so that means following the appropriate procedures of this TUE process. Mental health takes work, and I want to be transparent about the fact that medication is sometimes a very necessary part of that work. I’m hoping that this will be sorted and processed before Worlds in five weeks, and until then will continue training and focusing on being the best and healthiest version of myself.”

Seidel said she did not expect a decision “until at least late June. She has been selected to run the marathon for Team USA at the World Championships in Eugene, Oregon, on July 18. 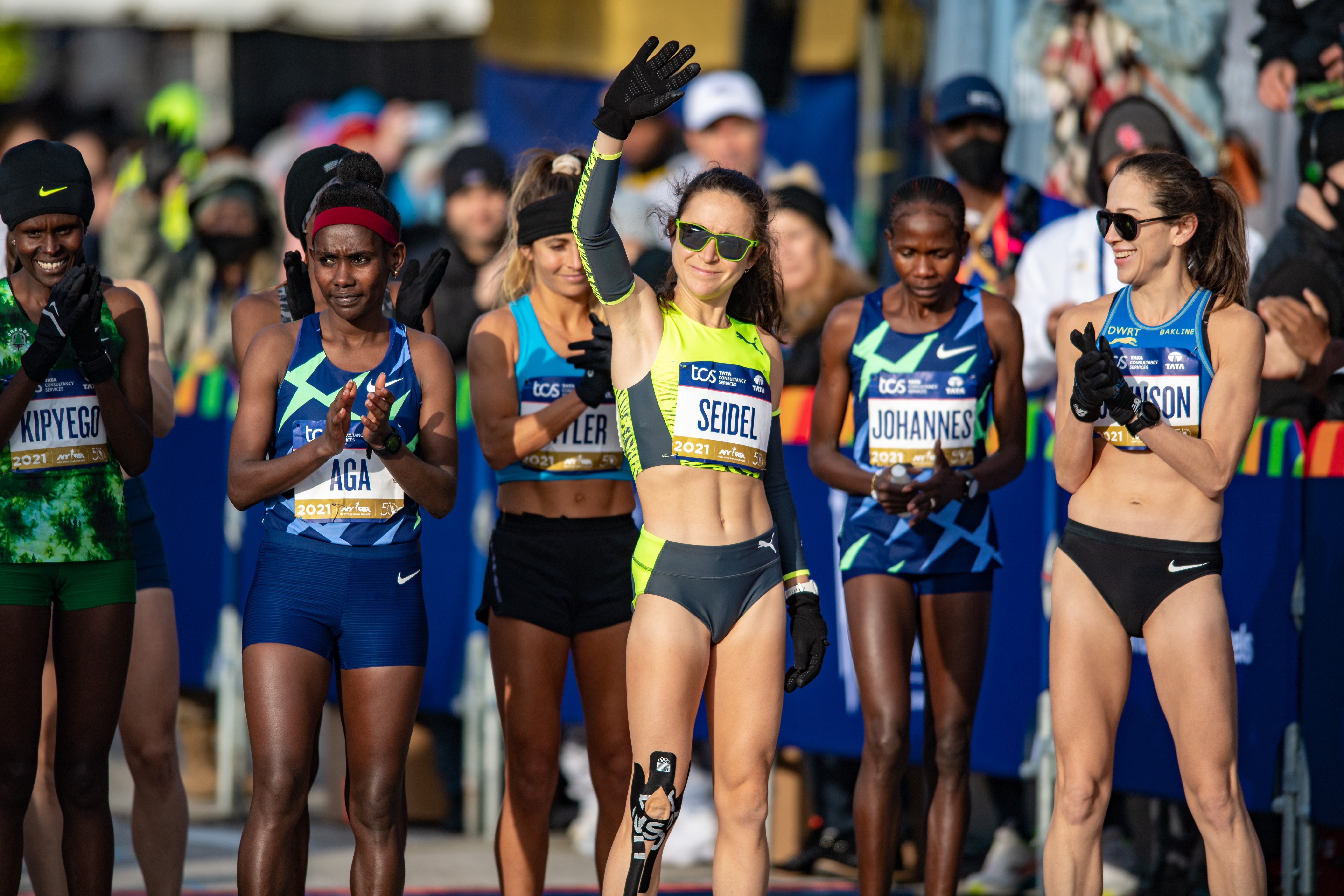 Seidel, 27, said she had gone “back and forth about whether to publicly discuss why I won’t be competing at NYC mini this weekend.”

But she said she decided to talk about it in hopes that it “provides some transparency about competing and abiding by #cleansport while taking medication” as well as “some relatability for other athletes also working on their mental health.”

Seidel was one of the top names in the field for the 50th running of the NYC mini. She has been an advocate for mental health, revealing her own struggles with eating disorders, anxiety, depression and obsessive compulsive disorders.

“I know that when it comes to mental health stuff I’ve tried to be as open as possible in an effort to de-stigmatize the fact that even pros deal with this,” Seidel wrote.

Seidel added that she has been “pretty anti-medication for years now due to some terrible reactions to multiple SSRIs” which are anti-depressants.

“Nothing ever seemed to work, and oftentimes after a few weeks, a new med would lead me to a really dark place. So I chose to live without medication and deal with my mental health struggles through therapy alone, which helps but honestly can be extremely difficult.

“After struggling significantly post-Olympics I switched therapists in early 2022, and with that, we started exploring some different options, including looking at my mental health through a previously unconsidered ADHD lens.”

Seidel said she was prescribed Adderall and began taking it after the Boston Marathon. In that race, she was forced to step off the course around the 16th mile due to a hip injury.

The runner said of the medication, “It would probably be appropriate to describe it as life-changing, and for the first time, I felt like I was able to get the quiet, functioning brain in my day-to-day life that I could previously only achieve with intense physical activity. It also gave me remission of many eating disorders behaviors that I’ve dealt with consistently since my teens.”

“This process just takes a while and cannot be sped up,” she said. “Since I can’t stop my medication without some serious mental health ramifications I will not compete with Adderall in my system until I have full approval from both USADA and WADA.” 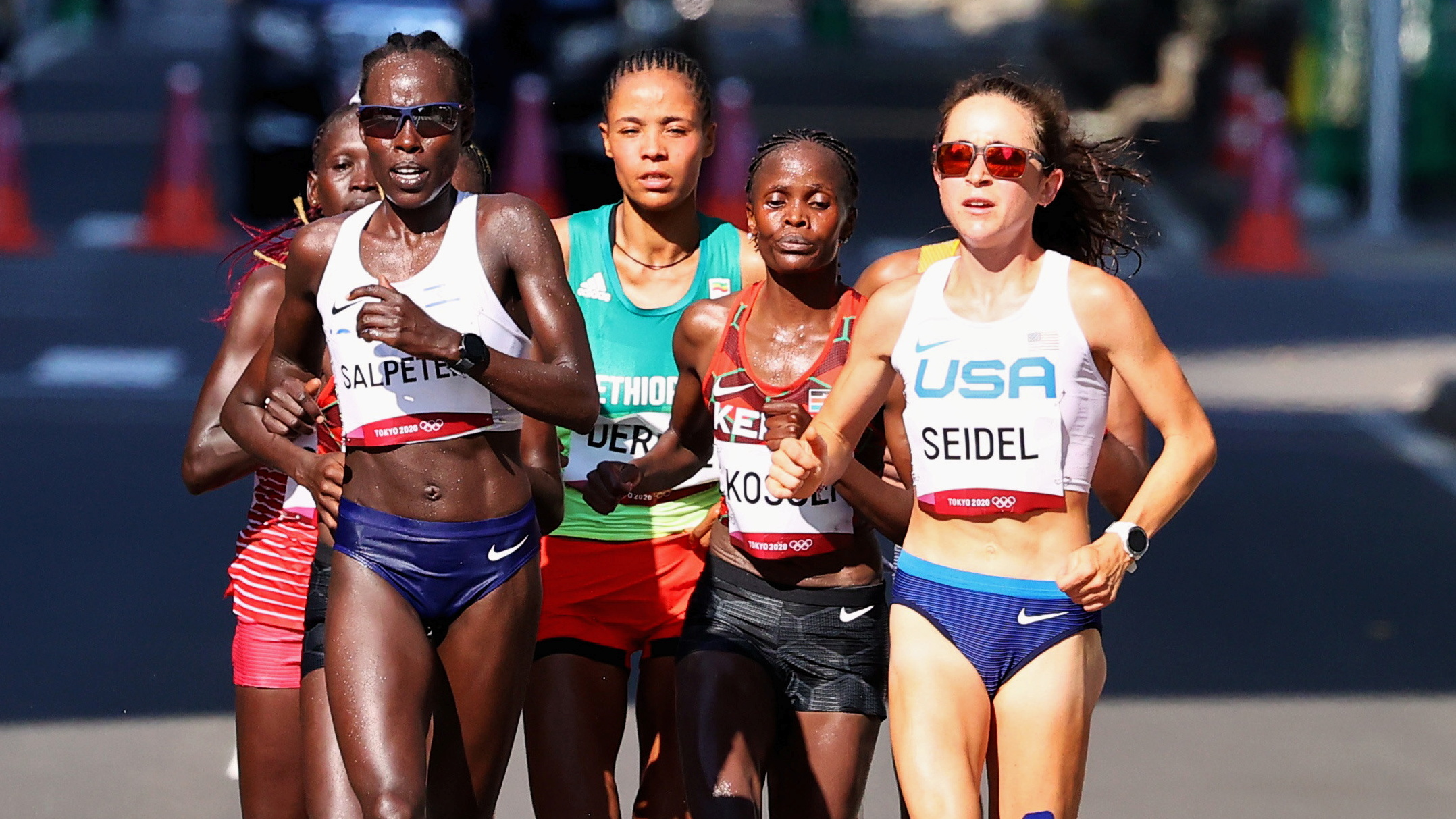 On its website, the AIU said that a TUE “is an official medical document giving an athlete permission to take a medication that is ordinarily prohibited for the treatment of a legitimate condition. It is only valid for a given period of time. It is a documented medical file approved by a TUE Committee accepting that there is a legitimate need to take medication and no equal alternative available.

“It permits the athlete to take the defined medication while competing without them registering a doping offense. The use of TUEs is carefully monitored to avoid any abuse or manipulation.”

It also states that the four-person TUEC “will decide whether or not to recognize the TUE usually (i.e., unless exceptional circumstances apply) within no more than twenty-one (21) days of receipt of a complete request for recognition. When a request is made within a reasonable timeframe prior to a competition, the TUEC will make all efforts to issue a decision before the start of the competition.”

However, it also noted that the committee may request additional information.

U.S. Olympian Kara Goucher, who does television commentary on track meets, replied to Seidel’s post that she was “very disappointed that the process is taking so long — they are failing the athletes. Very proud off you for sharing this. It can’t be easy, but it will no doubt resonate with someone who needs to feel seen. So excited for when we get to see you race again.”

She said such a delay will “keep athletes out of their livelihood,” and added that she’s “known people for TUE’s in less than 48 hours, so while I agree it’s good to make sure it’s necessary, I think when an athlete follows all the steps and applies for a TUE 6 weeks ahead of time, we are failing if we can’t get that athlete’s case sorted out by then.”