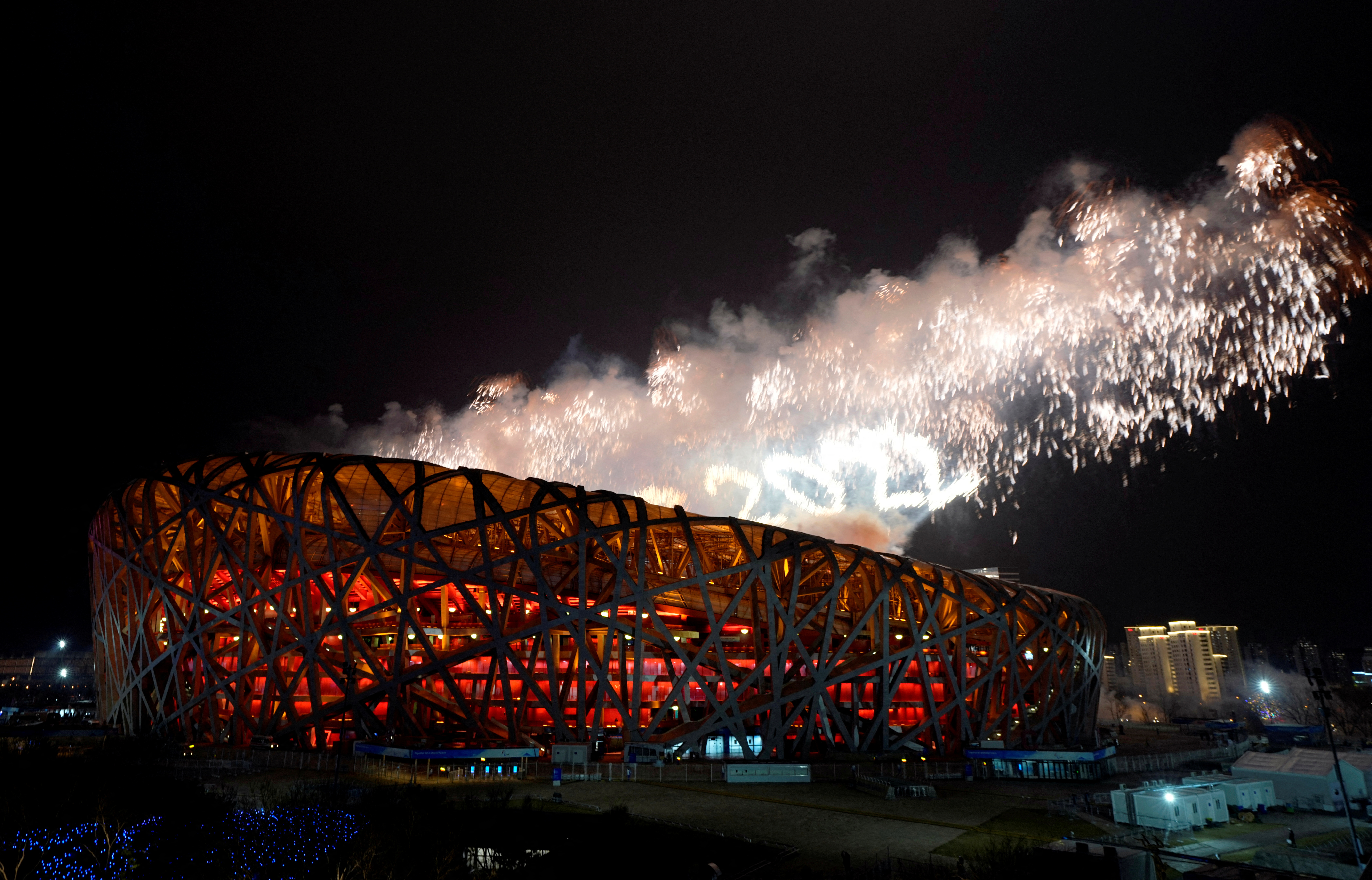 The Beijing 2022 Winter Paralympics may have concluded two months ago, but the international sports community is still digesting what transpired in the Chinese capital. International Paralympic Committee (IPC) President Andrew Parsons addressed the political controversy surrounding the Beijing 2022 Winter Paralympics, and the continuing aftermath of what transpired following the Games during an exclusive interview with Around the Rings.

Parsons admitted the Beijing 2022 Winter Paralympics were unexpectedly challenging due to global politics, but remained firm in his belief that athletes still managed to shine through the tense political situation that gripped global headlines leading up to the Games.

“We were expecting [a Paralympic] Games that were going to be less challenging because [of] a very experienced organizing committee, amazing venues, [and a] good experience during the Olympics with the COVID-19 countermeasures,” said Parsons. “We were not expecting a challenging Games, but…that (invasion of Ukraine) unfortunately happened and then we had challenging Games from a political perspective.”

“At the end of the day, I think the athletes performed really well and we tried as much as possible to make sure the athletes’ experience was not harmed by all the political turmoil that happened in the days leading up to the opening ceremony.”

He added, “I do believe after the opening ceremony the focus shifted to sport, and then athletes took center stage.” 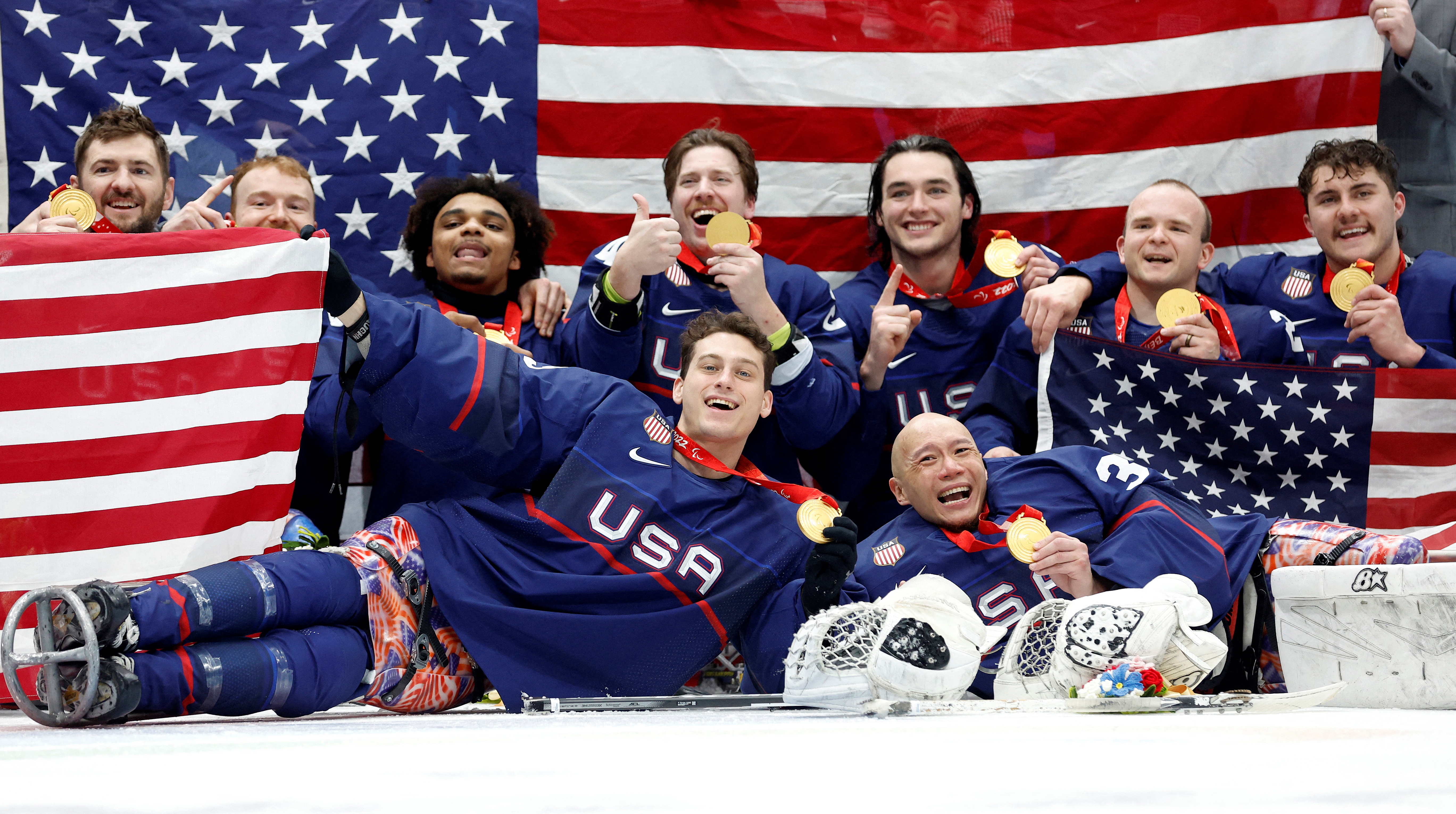 However, before athletes even had a chance to occupy the spotlight, politics took center stage. Just over a week before the Beijing 2022 Winter Paralympics were set to open, Russia, assisted by Belarus, initiated an invasion of Ukraine and breached the Olympic Truce.

The IPC first ruled Russian and Belarusian athletes would be allowed to compete at the Beijing 2022 Winter Paralympics. They would have to do so under the Paralympic flag, and without national symbols.

Parsons provided some insight into that decision during his interview, explaining, “we believed when we took the first decision it was more in line with our Constitution. We could not suspend Russia and Belarus at that time for breaching the Olympic Truce, which is not a membership obligation.”

He noted the negative reaction of athletes, teams, and NPCs to the original decision, adding, “it became clear that the integrity of the [Paralympic] Games was in jeopardy.”

“We may have significant issues with the Games integrity because athletes, teams, and nations were thinking of pulling out. We needed then, to make a different decision to safeguard the integrity and viability of the Games.” 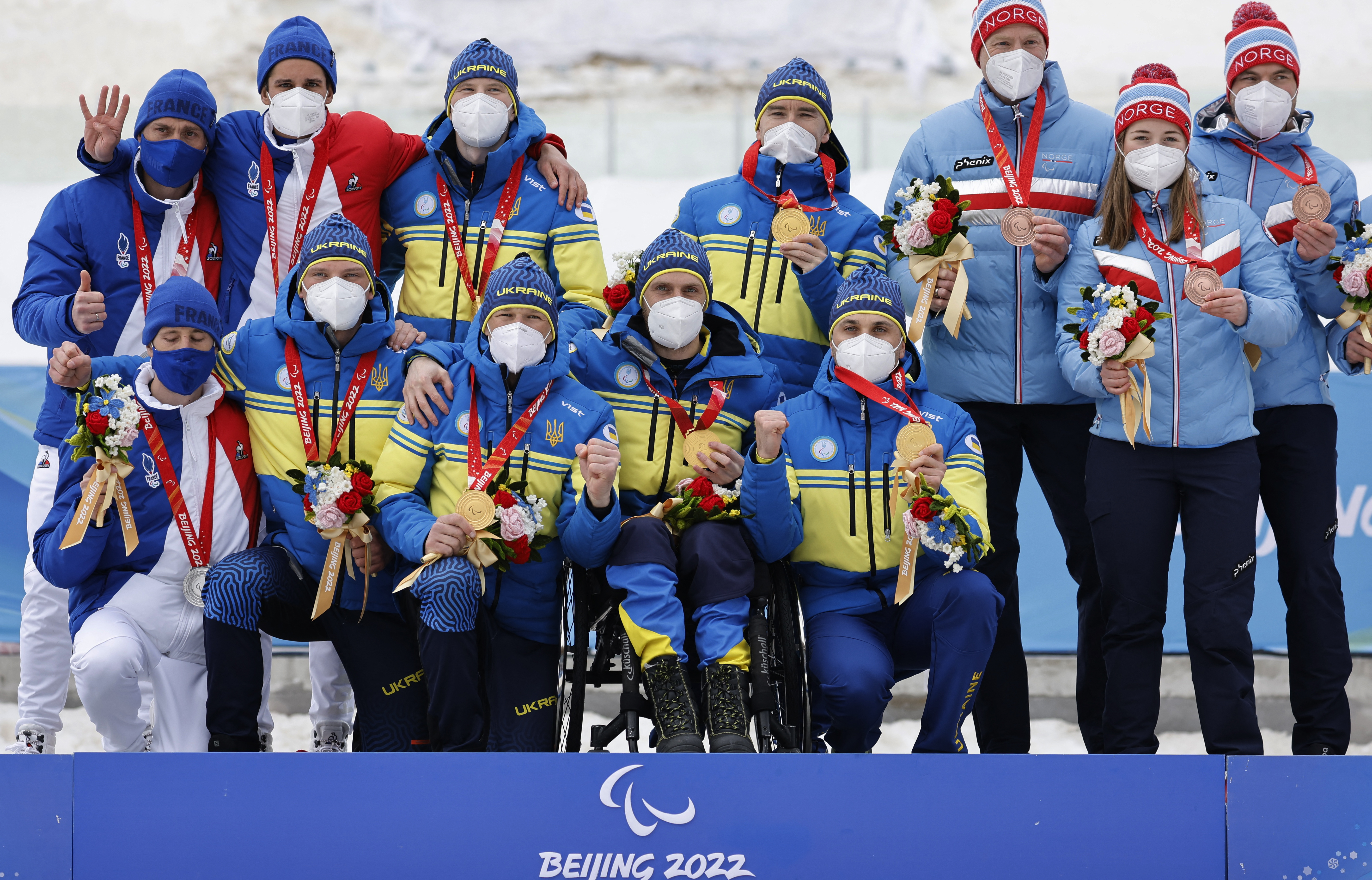 That decision ultimately had wider reaching consequences than simply expelling Russia and Belarus from the Games.

Russia went on to host its own alternative winter para sport competition in response to being barred from competing in Beijing. Athletes from Russia, Belarus, Armenia, Tajikistan, and Kazakhstan took part in the “We Are Together. Sports” para sports competition.

The International Olympic Committee (IOC) faced a similar issue in 1963 when the first edition of the Games of the New Emerging Forces (GANEFO) were held in Indonesia. The GANEFO were organized in response to the IOC suspending the Indonesian Olympic Committee after Indonesian authorities refused to supply visas to Israeli and Taiwanese athletes looking to compete at the 1962 Asian Games.

GANEFO was seen as a politically motivated rival competition to the Olympic Games, thus the IOC barred athletes who had competed at GANEFO from competing at the 1964 Summer Olympics in Tokyo.

When asked whether the IPC would consider sanctioning Russia and the other participating countries at the “We Are Together. Sports” competition, Parsons responded, “not for what just happened.”

He explained, “Russia NPC or the NPCs who have attended the competition, they did not breach any of our rules or any articles in our Constitution.” 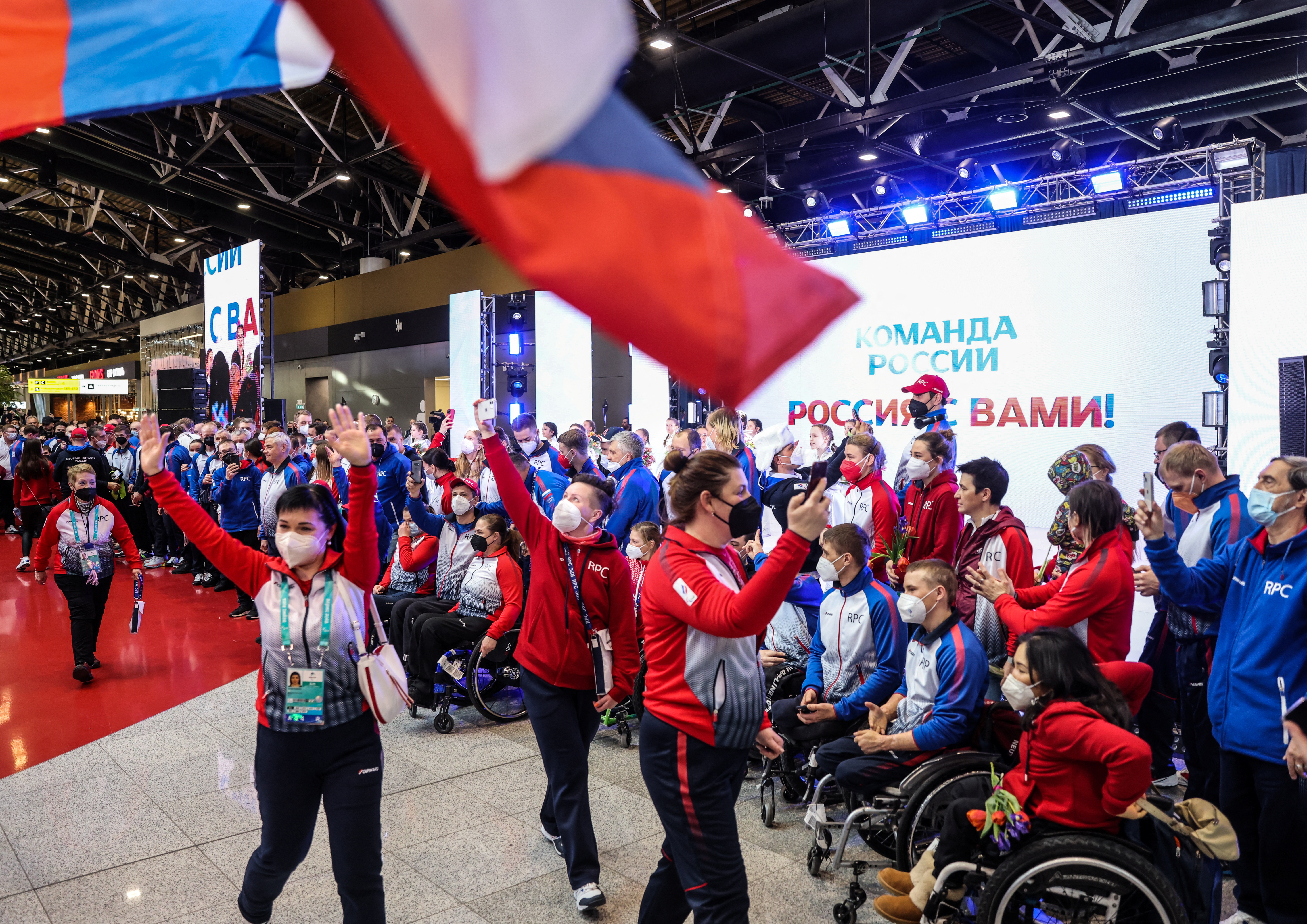 Russian athletes arrive at Sheremetyevo airport as they return from Beijing after being banned from participating at the Paralympic Winter Games, in Moscow, Russia March 6, 2022. REUTERS/Maxim Shemetov

Parsons told Around the Rings, “we are calling an extraordinary general assembly most probably [in] November because we want to do it at the same time as our membership gathering, which is already planned for November.”

“We will invite the membership to make decisions on two issues.”

“The other agenda item will be a possible suspension or termination of membership of the NPCs of Belarus and Russia.”

He explained only the IPC General Assembly could make decisions in relation to suspension and termination of membership as the current IPC Constitution does not allow the Executive Board to make such decisions.

In terms of the question that will be put forth to members, Parsons commented, “they have three options: suspension, termination, or not take any action.”

The final outcome of that vote remains a mystery for the time being, with the potential impact of that vote remaining unclear as well. Nonetheless, Parsons remained confident there would not be a permanent split in the Paralympic Movement. 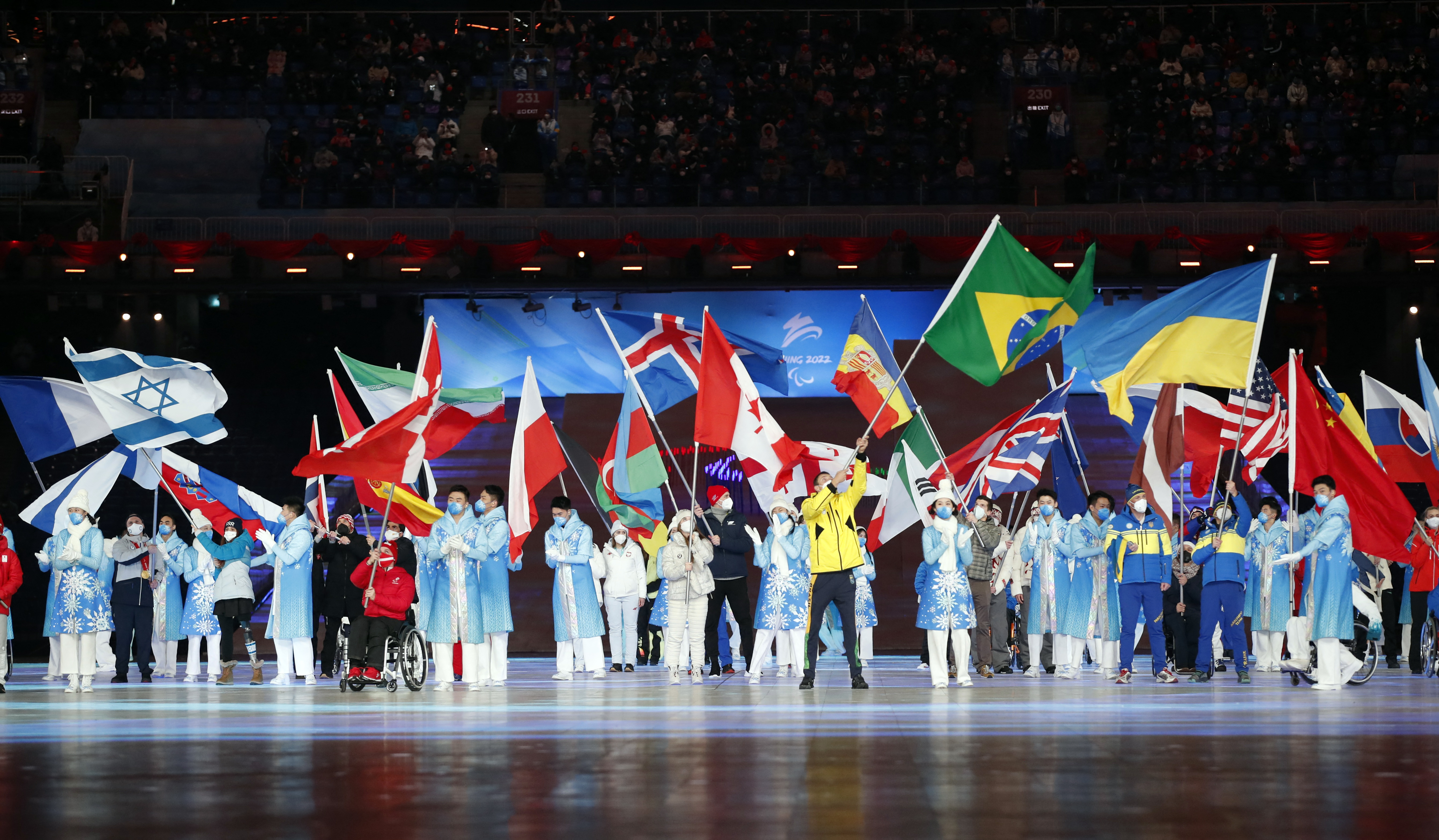 “I am absolutely sure if they decide not to participate in the Paralympic Games, they probably will withdraw their membership from the IPC, and probably we will find other bodies in those nations that will like to become IPC members,” asserted Parsons.

Finally, taking a moment to reflect on the current state of international sports and the Paralympic Movement, Parsons remarked, “these are not positive stories, but stories that will be told and will be there forever.”

He lamented, “politics played a role in sports bodies making decisions. Maybe it was not the first time, but I’ll say with the scale that happened. Yes, I think a door was opened again, and we don’t know exactly when this door [to politics in sports] will be closed in the future.”