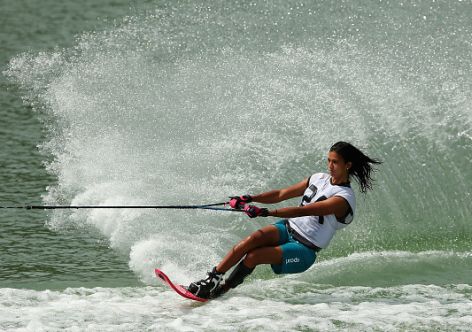 It’s the first council meeting at ANOC’s new headquarters in Lausanne following a multimillion-dollar renovation. No date is set for the official opening but is expected in the spring or summer.

ANOC’s new home will serve as a more functional base for the world’s 205 NOCs and continental associations when they are in Lausanne; the European Olympic Committees convenes its executive board meeting there on Jan. 20.

ANOC president Sheikh Ahmad Al-Fahad Al-Sabah will chair the meeting. Secretary general Gunilla Lindberg heads to Lausanne on the back of a two-day project review of the PyeongChang 2018 Winter Olympics; she heads the IOC co-comm.

A debrief on the organization’s 2014 general assembly in Bangkok will take place with preparations for this year’s annual meeting in Washington D.C. also on the agenda.

Some decisions about the first World Beach Games, a partnership between ANOC and SportAccord, may be taken at the Jan. 19 meeting. The date, host city and format are still not decided.

At the Bangkok assembly, Sheikh Ahmad suggested the 2014 Asian Beach Games in Phuket could serve as a model for the new endeavor.

He indicated that new events to the Asian event, such as beach track and field, three-on-three basketball and a modified version of modern pentathlon and American flag football, could also be incorporated at the World Beach Games.

Also up for discussion on Monday are ANOC’s inaugural Gala Awards, held in the Thai capital. Sheikh Ahmad has said the criteria will be modified for future awards galas.

Updates to ExCo members will also be provided on the work of ANOC’s commissions that were set up to modernize the organization.

Sheikh Ahmad will hold a press briefing at the ANOC headquarters after the council meeting.