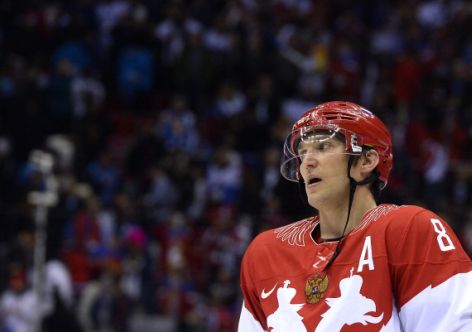 (ATR) National Hockey League star Alexander Ovechkin says he is still upset that he didn't win a medal in Sochi.

Ovechkin reflected on his embarrassment from Russia's fifth-place finish in ice hockey at the Sochi Olympics.

"We lost in the quarter finals. A half a year passes, a year, two – and this fact cannot be fixed in any way," Ovechkin said in an interviewwith Russian news outlet RBC Daily.

"We failed to make our fans, relatives, and friends in the stands happy," he added.

"That was incredibly shameful."

"It is good that the NHL season started up again rather quickly, I managed to get involved in the game and worry my head about other things instead of dwelling on the loss to the Finns."

Russia lost to Finland 3-1 in the quarterfinals, denying the host a shot at a medal for the second straight Olympics.

Ovechkin said that he is unsure if NHL stars will go to PyeongChang for the 2018 Winter Olympics noting the negotiations to bring the players to Sochi were "not that simple."

"All of the best hockey players came anyway."