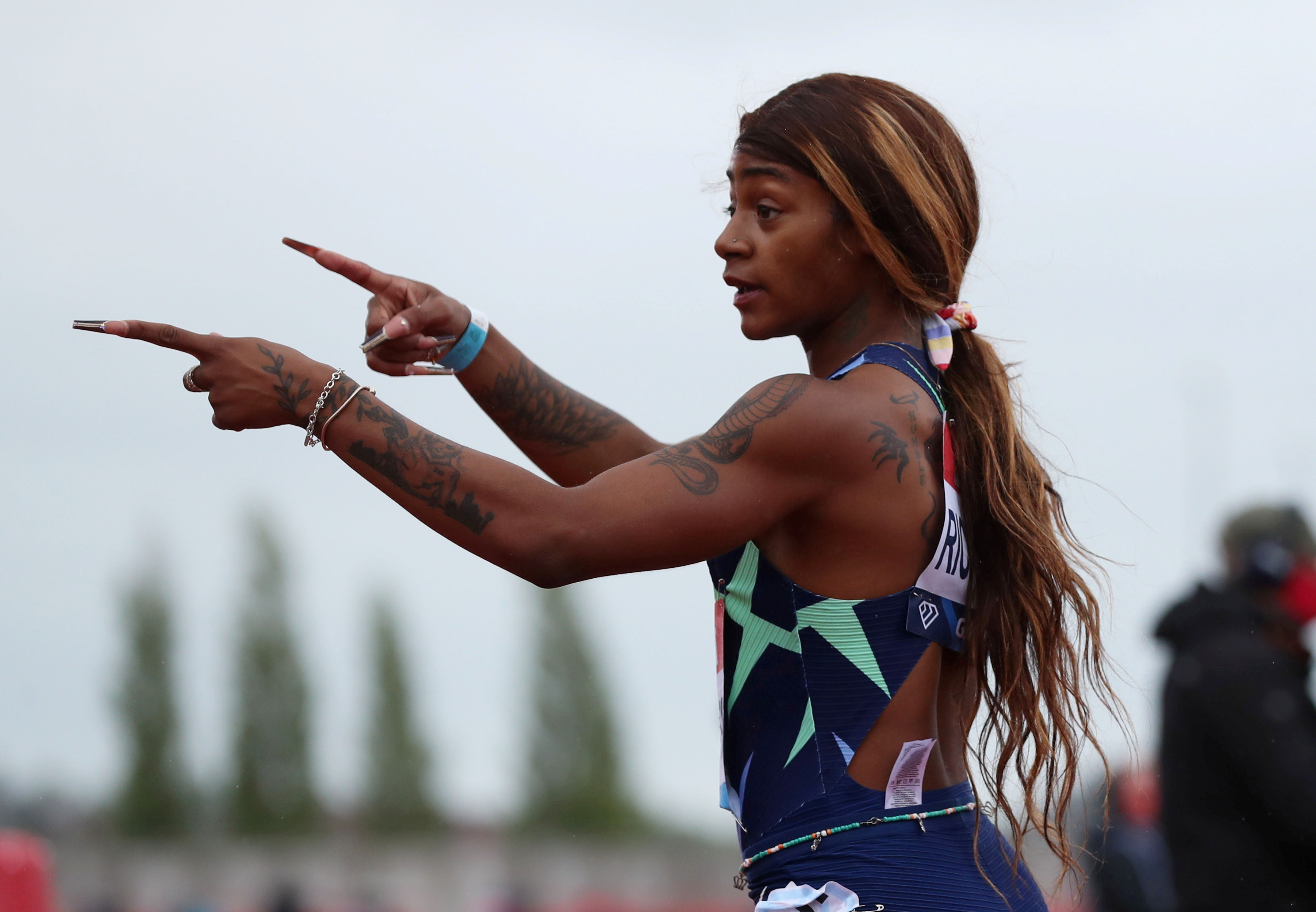 Sha’Carri Richardson has disappeared from the track, but the flamboyant U.S. sprinter retains a social media presence which has thrust her back into the spotlight.

Expected to run in two major meets in Bermuda and Kenya in the last six weeks, Richardson did not show up for either. No reason was given for her absence.

A week ago, Richardson even toyed with her fans on social media. She tweeted on May 12 to her 513,000 followers: “Y’all looking for me?” with a laughing emoji. An hour later, she retweeted that post with an additional “Please stop loll” and a ghost emoji. And on Instagram, where Richardson has 2.1 million followers, the 22-year-old wrote, “Don’t look for me if you don’t have a check I can send to my family.”

Track and field observers say privately Richardson’s withdrawals are “not a good look” for her or the sport.

Richardson found immediate fame when she won the 100 meters at the U.S. Olympic Trials last July. Her triumph was short-lived. She tested positive for a banned substance and admitted using marijuana upon learning about the death of her mother. She was suspended, prompting a national debate on the appropriateness of the ban, and vowed to make up for her missed Tokyo 2020 Olympics with World and Olympic titles in the next three years.

Richardson added May 12 in a separate tweet, “What if I’m happy without the golds? Everyone(’s) goals & dreams are not the same.” Richardson went on say “y’all should know” by now she is “NOT LIKE ANY RUNNER BEFORE ME. Stop putting me in a box!!!” 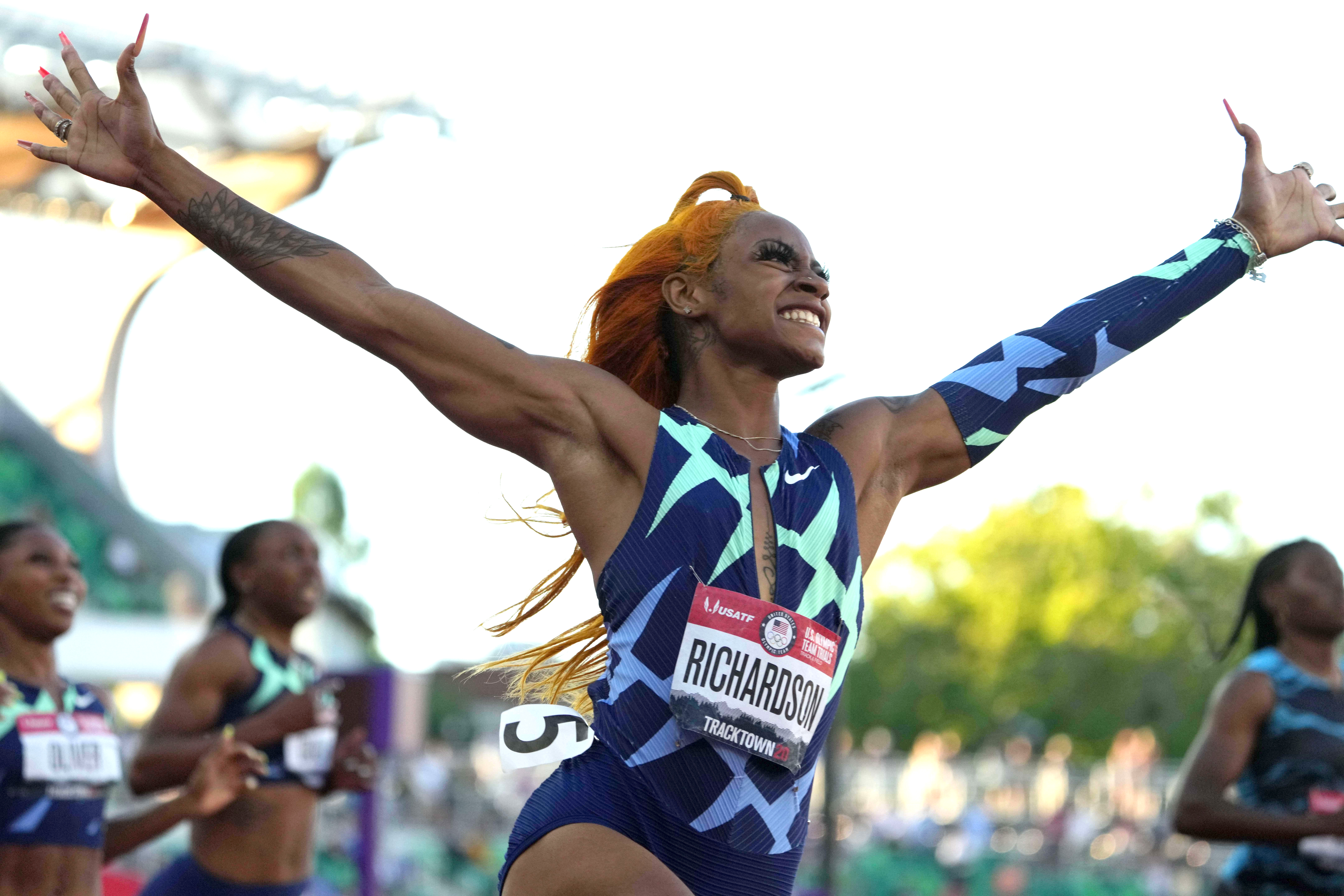 Interest in the sprinter had been piqued a day earlier when retired Olympic gold medalist Justin Gatlin, who used to train with Richardson, told FloTrack she ran 10.3 seconds in practice. The world record is 10.49 seconds, set by Florence Griffith Joyner in 1988. Richardson’s personal best is 10.72 seconds.

And then on May 17, Richardson revealed some personal trauma in a since-deleted Instagram story.

”I was in a relationship with a Jamaican athlete that never cared about me from jump,” Richardson said. “I was abused and stole from yet protected her from the judgment of her country & family while they dragged me. I had to deal with homophobic [sic] and so much more that I’m still healing from.”

Richardson followed that with a meme: “I don’t understand how someone can just walk out of your life and not care about you anymore.”

She took down a photo of her with her ex, whose identity has not been made public. Richardson said after winning the U.S. Olympic Trials while sporting fiery orange hair that her “girlfriend Ashley helped me pick this color,” but it is unclear if that is the same person Richardson referred to in her posts. 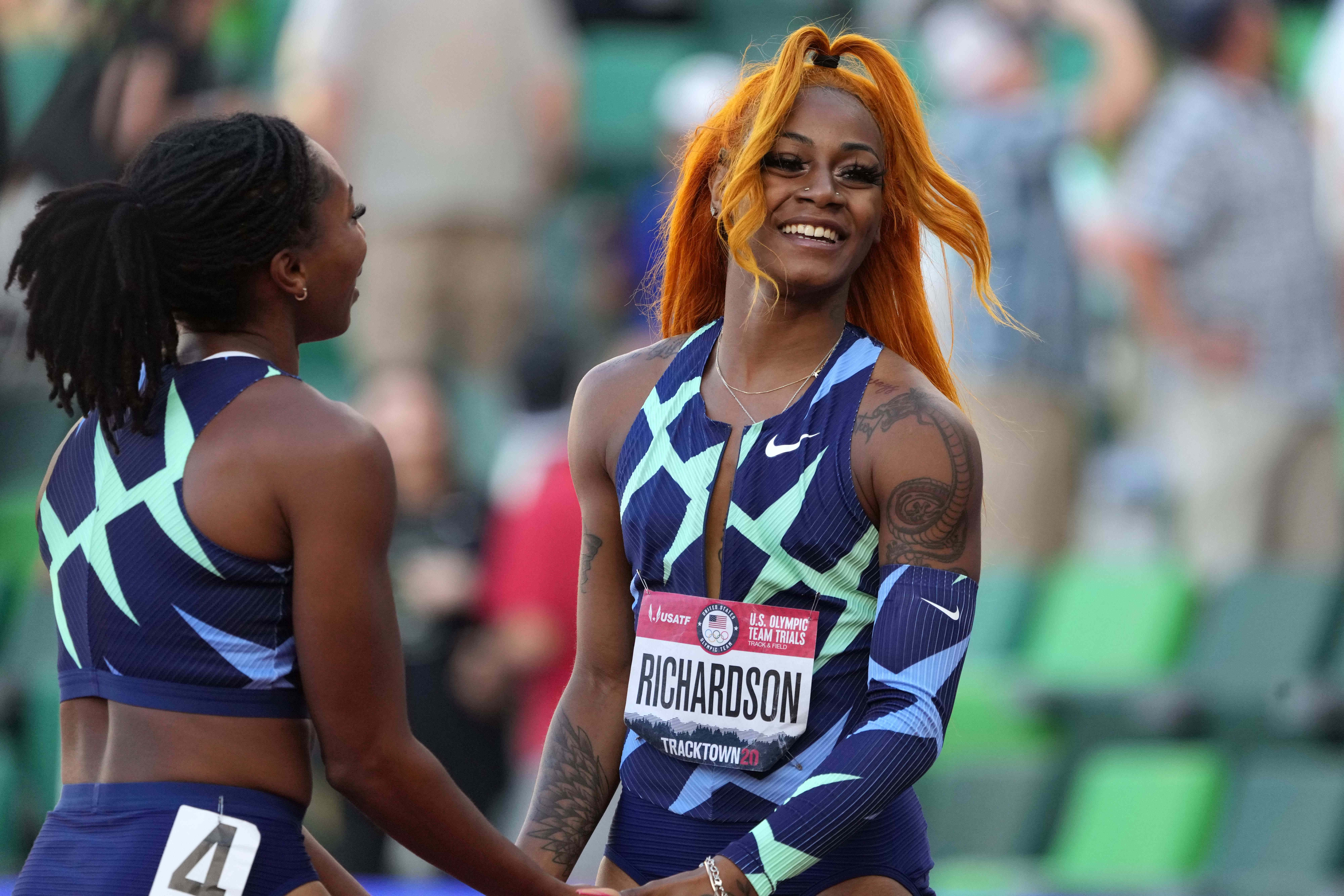 Richardson’s last individual race was Sept. 5, 2021, in Italy, where she placed second with a time of 11.19 seconds. That followed her ill-fated return from suspension, when she was ninth — and last — at the Prefontaine Classic on Aug. 21, getting smoked by a trio of Jamaicans. Elaine Thompson-Herah ran 10.54 seconds, the second-fastest time in history.

”Don’t take today as an ‘L’ for us, because we aren’t going nowhere,” Richardson said after the race.

In her only event this season, Richardson ran a leg on a winning 4 x 200-meter relay team at the Texas Relays on March 26. She was expected to run the 100 meters at the USATF Bermuda Games on April 9, but her name was not on the entry list. Richardson also was a no-show on May 7 for the Kip Keino Classic in Nairobi, in which Shelly-Ann Fraser-Pryce ran a blistering 10.67 seconds in her 100-meter opener this season.

On Twitter, Richardson posts often about social justice in addition to revealing news about her life. She posts only sporadically on Instagram, but on May 8 she included a TikTok with the caption, “Me in my own world minding the business that heal(s) and pays me.” Richardson said disparagingly to the camera, “I hear them talking about me.”

Now “they” are talking even more.