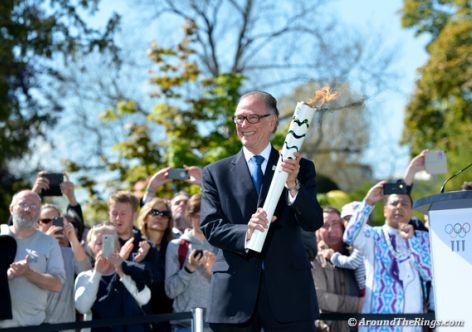 For the former president of the Rio 2016 Organizing Committee and the Brazilian Olympic Committee, his appearance in court in 12 days could be crucial in his defense.

Nuzman has been suspended as an honorary member of the International Olympic Committee since he was temporarily imprisoned last October.

Nuzman is suspected by the Public Ministry of being the main intermediary between businessman Arthur Cesar de Menezes Soares Filho and the former president of the International Association of Athletics Federations Lamine Diack. Both are being investigated for buying African votes for Rio.

Of the defendants, only Cabral has remained in prison.

According to reports, the statements of Cabral and Gryner were marked by contradictions during the interrogations.

Gryner claimed to have presented himself to Soares on the advice of Cabral.

The former governor categorically denied that he had given such guidance.

Cabral also rejected the statements of his former adviser Carlos Miranda who said that when both men met in jail the former governor told him about the fraudulent operation with the African votes for Rio 2016.

In passing, Cabral accused the Federal Public Ministry of having a "racial preconception" when doubting the honesty of African sports leaders.

The Office of the Prosecutor refuted this accusation.

The names and countries of the alleged IOC African members presumably bribed in the run-up to the IOC Session where Rio de Janeiro was elected, in October 2009, have yet to be released.

Cabral told Judge Marcelo Bretas that he only met Lamine Diack once, when the Senegalese was still a member of the IOC.

He also commented that he does not know and never had contact with Papa Diack, Lamine's son, also linked to the alleged "dirty business" of the votes.

The entrepreneur Soares Filho is investigated as a possible donor of $2 million for the Rio campaign that was allegedly directed to the Diack family by those responsible for the Rio de Janeiro Olympic candidacy .

According to the Brazilian press, during the interrogation Gryner also assured that in one of the programs held in favor of Rio 2016, Diack commented that in exchange for votes, the campaign committee could invest 12 million dollars in athletics competitions to promote the candidacy.

According to Gryner, he was in charge of transferring this suggestion to those responsible for Rio 2016, including Cabral, who directed him to look for businessman Soares Filho.

Joao Francisco Neto, Carlos Nuzman's lawyer, told Around The Rings that these contradictions between Gryner and Cabral do not affect the defense of the former president of the COB.

"Nuzman did not commit any crime," insists Neto.

In this process two members of the IOC, one active, Nawal El Moutawakel of Morocco and another honorary, Lassana Palenfo of Ivory Coast, testified for the defense through videoconferences.

All denied knowing anything about corruption.

After the interrogation of Nuzman in less than two weeks, the trial will be seen for final test orders, with 10 days assigned to the Public Prosecutor's Office and another 10 to the attorneys.

Subsequently, the final arguments of both parties will be heard before the sentencing is announced.