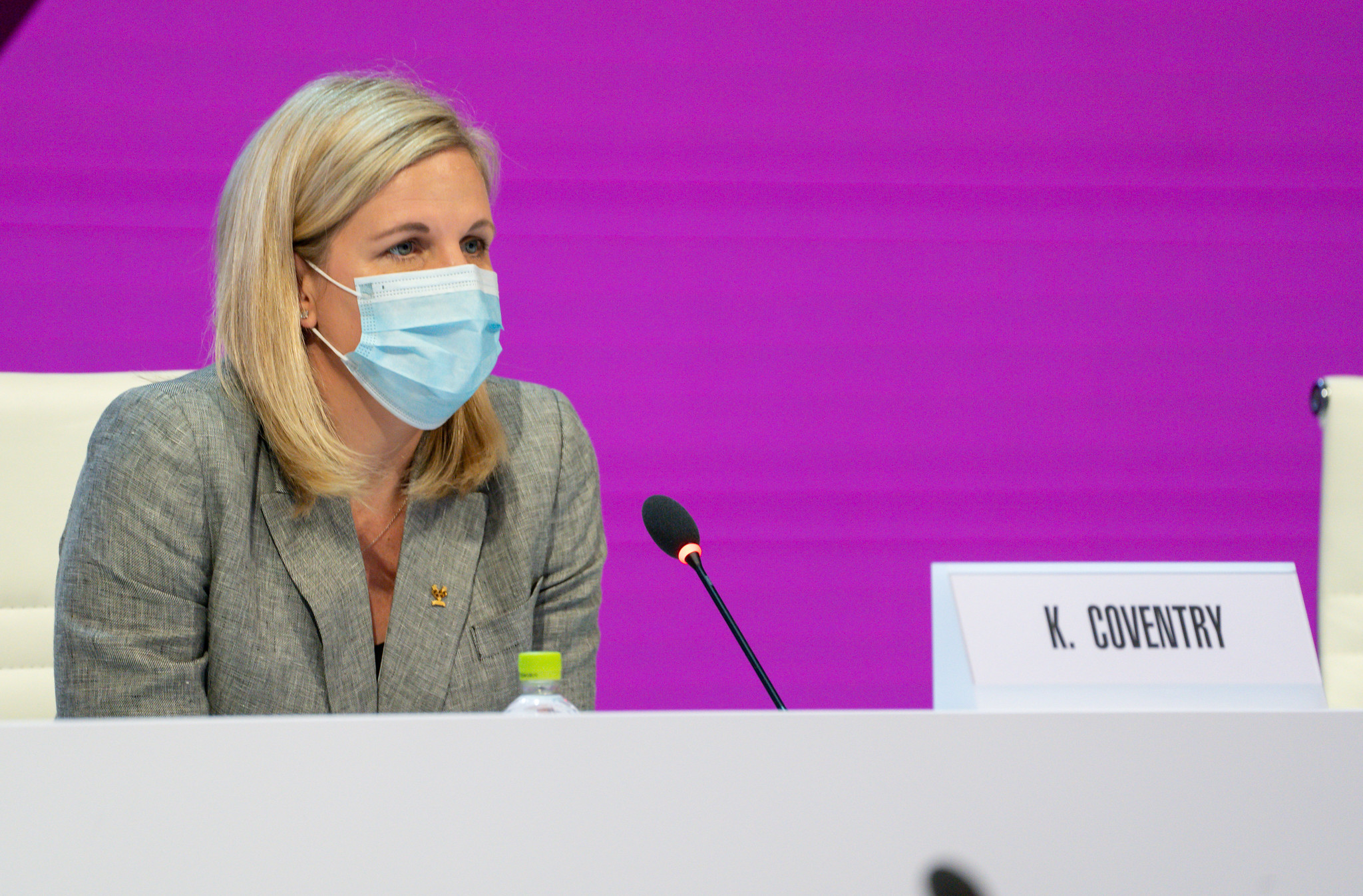 Kirsty Coventry at the IOC Session in Tokyo (IOC/Greg Martin)

The IOC elects a new vice president who’s watching closely plans for the 2028 Olympics in Los Angeles. Nicole Hoevertsz from Aruba was the sole candidate for the post elected on the final day of the IOC Session in Tokyo.

The two-day session at the Okura Hotel (originally built for the IOC to use in the 1964 Tokyo Games) was the first face to face meeting for the IOC since January 2020. In keeping with the litany of protocols for the pandemic, face masks were required for all in the meeting from start to finish. The seating arrangement lined the membership into a series of columns with each member socially distant from one another.

Hoevertsz, 57, is chair of the IOC Coordination Commission for Los Angeles, a job which will grow in complexity as the Games approach. A former competitor in artistic swimming, she has been an IOC member 2006. Hoevertsz was already serving as a member of the IOC Executive Board, elected in 2017. She will serve a four year term as VP.

She succeeds Anita DeFrantz, who leaves the EB after serving the two term limit. The senior IOC member from the U.S. has served twice as a vice president through previous stints on the board.

Taking Hoevertsz’s old seat will be Kristin Kloster. The IOC member in Norway joined the IOC in 2017 and is the chair of the permanent IOC commission on future summer Olympic host cities. Kloster’s group just handled the selection of Brisbane as the host for 2032.

Stepping down from the EB as she completes her term as chair of the IOC Athletes Commission is Kirsty Coventry. But she will not be leaving the IOC. Nominated by the IOC President to be an independent member, Coventry was elected at the Tokyo Session. The Olympian from Zimbabwe, 37, can now serve as an IOC member until age 70. Coventry could be one of the candidates for the next election for IOC president in 2025.

Coventry’s election will maintain the IOC membership at 102.

Just one IOC member will retire in 2021, Craig Reedie of Great Britain. Reedie is one of the 24 current members covered by age 80 retirement, a number that will be dwindling further in the years to come, IOC members elected in 2001 and after are subject to age 70 retirement.

Reedie, an IOC member since 1994, was named an honorary member at the Tokyo Session.

Coventry and three other colleagues from the IOC Athletes Commission who also serve as IOC members will complete their eight year terms in Tokyo. Those four seats are up for election in voting now taking place at the Olympic Village until August 3.

A taste of Montreal 76 at the IOC Session in Tokyo