(ATR) Bangladeshi economist and social entrepreneur Dr. Muhammad Yunus will be receiving the second ever Olympic Laurel during the Opening Ceremony of the Tokyo Olympics on Friday.

He will not be in Tokyo to receive the trophy, however. The IOC says he will receive it virtually from his home in Dhaka with the live video link being screened at the National Stadium.

At a media roundtable this week following his award selection, Yunus laid out his vision of the Olympics bringing about greater global peace and cooperation; while also speaking about his efforts to combat societal ills such as poverty, unemployment and climate change.

In particular, Yunus emphasized his desire for leaders to be bolder in making society gender-equal, stating that the Olympic Games’ newfound 50/50 gender balance of athletes, while encouraging, “is not an aim. The aim is to undo the whole thinking process”. He likewise advocated for making COVID-19 vaccines a common global good, praising IOC President Thomas Bach for being an early supporter of the idea.

Set to be awarded by the IOC every Olympic cycle, the Olympic Laurel goes to someone who has made “significant achievements in education, culture, development and peace through sport”. It has been given out only once before, in 2016, when double Olympic marathon champion Kip Keino won for his humanitarian and sport development work in his homeland of Kenya. 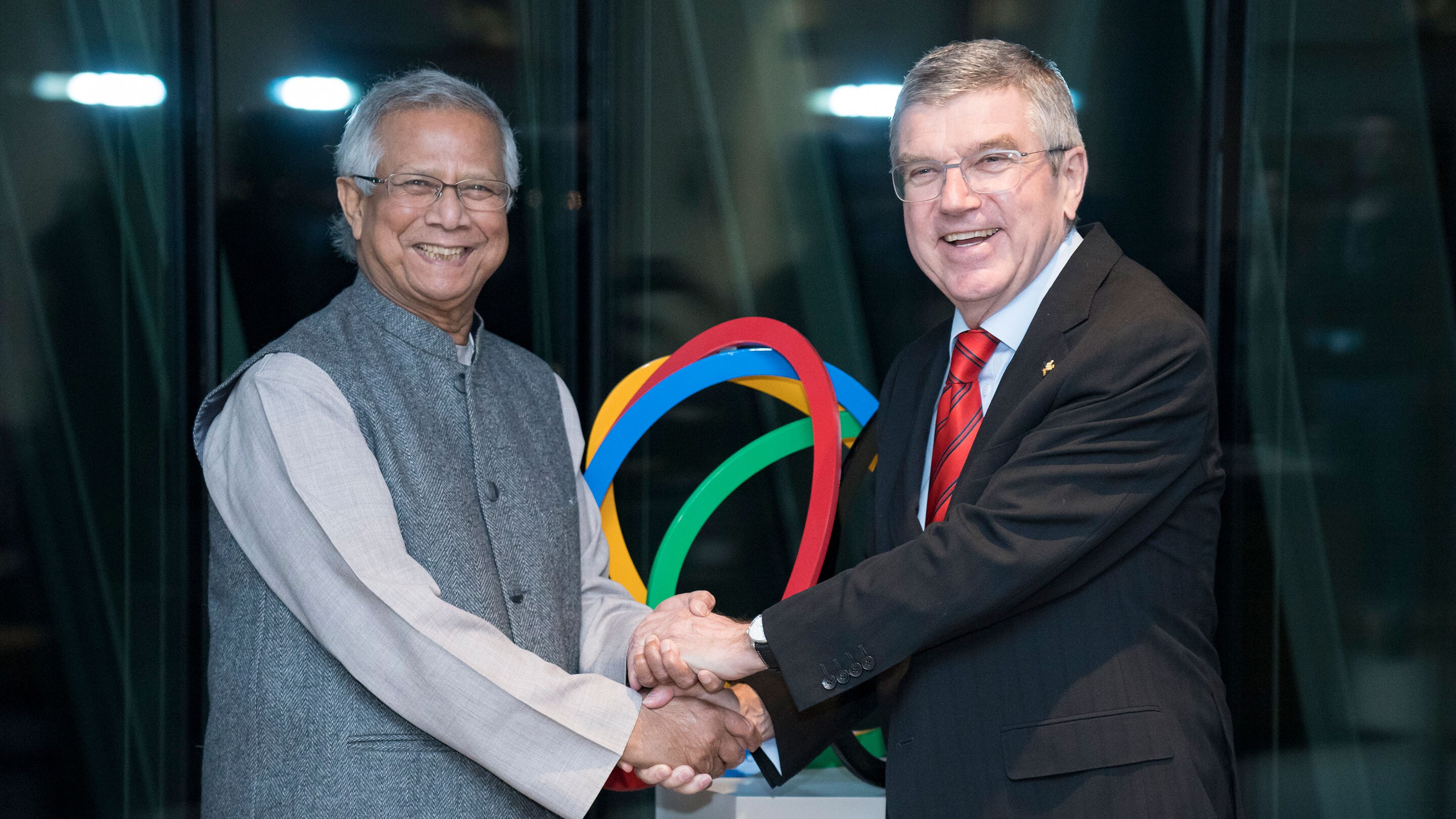 Yunus is most notable for winning the Nobel Peace Prize in 2006 for his pioneering work on microfinance, or small loans given to aspiring entrepreneurs in developing countries. His main contribution to the sporting world has been founding the Yunus Sports Hub (YSH) business network, which focuses on using sport to solve pressing social issues around the globe.

As head of YSH, Yunus has collaborated with the IOC on several projects – including the IOC Young Leaders Programme, “Imagine” Peace Youth Camp and Athlete365 Business Accelerator, a first-of-its-kind entrepreneurship scheme that helps Olympians transition their careers. He is also currently working with the Paris 2024 organizing committee on strategies to ensure the city gets long-lasting economic benefits from its upcoming Games.

“[Professor Yunus] is a great inspiration for all of us... We are very thankful for all he is doing for the Olympic community”, President Bach said in a statement, lauding Yunus’ contributions to the Olympic movement and their shared commitment to the United Nations’ Sustainable Development Goals. 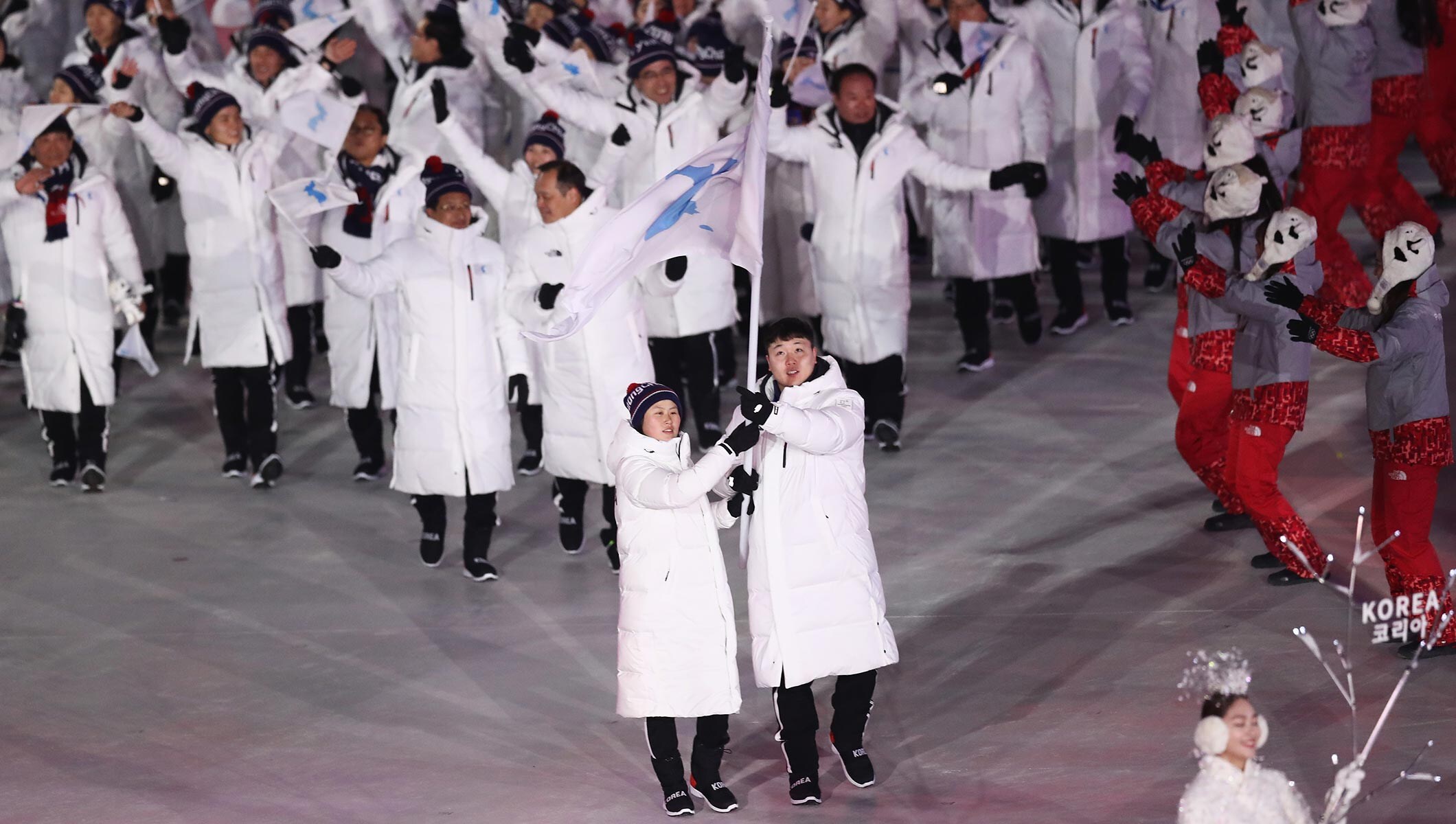 Ahead of the upcoming Tokyo Games, Yunus has maintained optimism about the power of the Olympics to bring countries together. “The Olympic Games and sports have the most convening power in the world”, he said last week upon being announced as the Laurel recipient. “North and South Korean athletes marching together in the Parade of Nations at the Olympic Winter Games PyeongChang 2018 was a powerful reminder of the immense potential of peace through sport. The Olympic Truce takes forward the vision of building a better world based on fair competition, peace, humanity and reconciliation. We can use this power to change the world in the most effective ways”.

Asked by Around the Rings about whether the IOC should give authoritarian regimes like China prominent roles in the Games as a way to promote world peace, or should instead be more proactive in confronting human rights violators, Yunus reiterated his commitment to the idea of the Olympic Truce.

He said: “If you keep on raising [other] issues, the spirit of Olympism is finished. So far as the Olympics are concerned, my plea would be to go there, wherever you go, for peace, forget all the other issues for the time being. Rediscover each other as human beings, and do things as human beings with friendship and peace. After the Olympic Truce is over, go back and do whatever you want to do. That’s my way of admiring what the Olympic spirit is all about”.