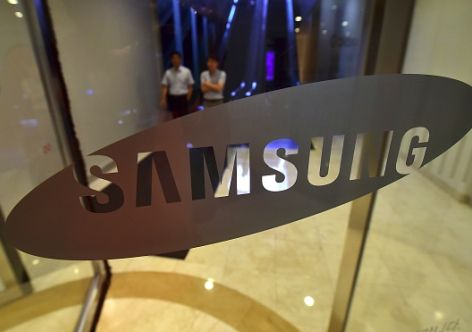 (ATR) After a year of record profits, the chief executive of Samsung electronics announced a surprise resignation.

Kwon will step down fully from the Samsung management board this March, according to a statement.

"As we are confronted with unprecedented crisis inside out, I believe that time has now come for the company to start anew, with a new spirit and young leadership to better respond to challenges arising from the rapidly changing IT industry," Kwon said in his statement.

Samsung’s profits were largely driven by sales of microchips instead of phones and other electronics. The company recently navigated a crisis with the total recall of the Galaxy Note 7 phone series due to a battery problem that caused the phones to catch on fire.

The agreement was signed on Wednesday Oct. 11 with chairman of the PyeongChang Organizing Committee Hee Beom Lee and KAC President Il Hwan Sung in attendance in Seoul.

As part of the deal, Korea Airports Corporation will purchase tickets for low-income residents to watch the Winter Games and licensed products for the event.

In return, the Organizing Committee grants KAC a variety of marketing rights, including the use of intellectual property rights and exposure of its sponsor logo.

"We truly appreciate KAC for their generous donation to the Winter Games PyeongChang 2018," Lee said in a statement. "The response we have had from local companies has been outstanding and we feel this shows that the passion and excitement around the Games for the people of Korea is building and that they will come together to enjoy the biggest winter sports event ever to be held in Asia."

FEI Seeks to Capitalize on Equestrian Growth in China

CNSI is a sports and entertainment company that specializes in equestrian sport, according to FEI. The federation hopes the partnership "rapidly increases the profile of equestrian sport in China".

"The sky really is the limit, and by working with China National Sports International we will be tapping into the vast Chinese sports fan base with directly relevant content on key platforms and via popular mobile, gaming and social media services used by sports fans in China," said FEI president Ingmar De Vos.

The Official Business Partnership with the FEI includes the development of esport, e-commerce and social media platforms that will launch in 2018. FEI hopes the deal will allow equestrian sport to capitalize on the world’s second-biggest economy.

According to the FEI, China also has the second-largest horse population with 400,000 active equestrians and 300,000 people employed in equestrian sport.

"The size of the sports landscape in China represents a huge opportunity for growth for the FEI and for sponsors of equestrian sport," said CNSI board chairman Zhang Baosheng.

"The key to the success of our alliance with the FEI will be our content offering to Chinese sports fans, and by working with the world governing body for equestrian sport we will be able to offer sports fans exciting and sophisticated equestrian content – this will drive even deeper interest in equestrian sport."