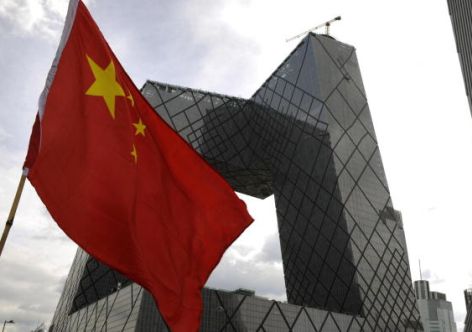 When Juan Antonio Samaranch left the IOC presidency in 2001 after 21 years, part of his legacy was a far-reaching strategy: the bet on China.

That session in Moscow that meant the farewell of the Spaniard chose Beijing to host the 2008 Olympic Games, the starting point of years that had China at the center of the Olympic scene, with the 2014 Youth Games in Nanjing and the 2022 Winter Games starting in a few days in Beijing.

So close was the relationship between Samaranch and China, that part of the personal belongings of the man who chaired the IOC for 21 years are in the world’s most populous country, in a museum known as the “Samaranch Memorial” in Tianjin, less than two hours drive from Beijing.

And his son, Juan Antonio Samaranch Salisachs, chaired the Beijing 2022 coordination commission, something welcomed by the Chinese leadership. 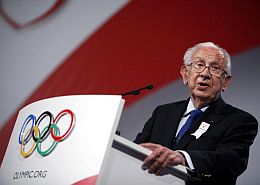 The “Chinese years,” however, were not just about the Games. Those years had a decisive influence on the International Olympic Committee (IOC) and on the two presidents who had to manage Samaranch’s legacy, the Belgian Jacques Rogge and the German Thomas Bach. Politically explosive, their imprint is profound.

China is a country with a single-party regime that many define as a dictatorship. That politically charged relationship with Beijing led Bach, a few weeks ago, to be unusually clear about what is reasonable to expect from the IOC and the Olympics.

“Expecting that the Olympic Games can fundamentally change a country, its political system or its laws, is a completely exaggerated expectation. The Olympics cannot solve problems that generations of politicians have not solved,” Bach said during an interview with the German news agency DPA.

“What is our responsibility and what are our limits? Our responsibility is to run the Games in accordance with the Olympic Charter and the Host City Contract, and to bring together the athletes from 206 teams and the IOC refugee team under one roof,” he added. 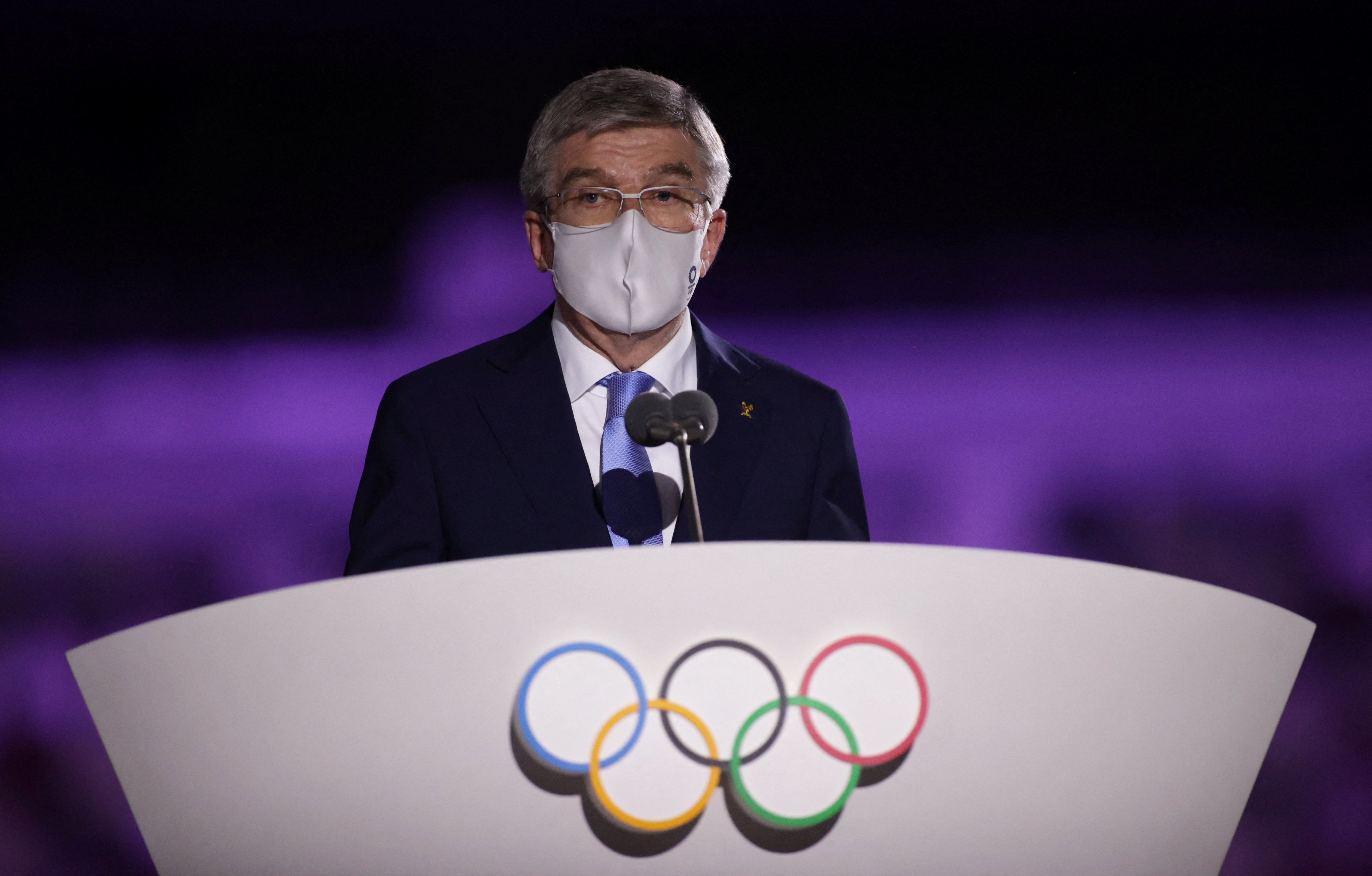 A few weeks later, U.S. President Joe Biden called for a diplomatic boycott of the Games, seconded by countries such as the United Kingdom, Australia and Canada.

A blow to Chinese pride, a country for which such slights are no small matter. In 2008, the inaugural ceremony made an impact because of the power on display, because of a not exactly subtle message that China was the new great power of the planet. That Washington told Beijing 14 years later “we are not interested in watching your ceremony or your Games” is something that Chinese power will not forget.

China and the East in general have an advantage, Laura Chinchilla, former president of Costa Rica and IOC member, said recently.

“Japan was vital. I doubt we would have made it if those Olympics (Tokyo 2020) had been organized in a Latin American country. The Asian culture, more accustomed to pandemic management, with very disciplined civilian populations, helped a lot in that collaboration we wanted.”

The passage of these years through China also affected the route of the Olympic torch, a symbol very dear to the Olympics.

In the weeks leading up to 2008, the Olympic flame was even extinguished in the midst of demonstrations protesting China’s policy in Tibet. That led to changes in the route of the Olympic fire in subsequent Games, reducing the internationality and exposure of a symbol that was always intended to unite the world beyond differences of culture, language and economic power. 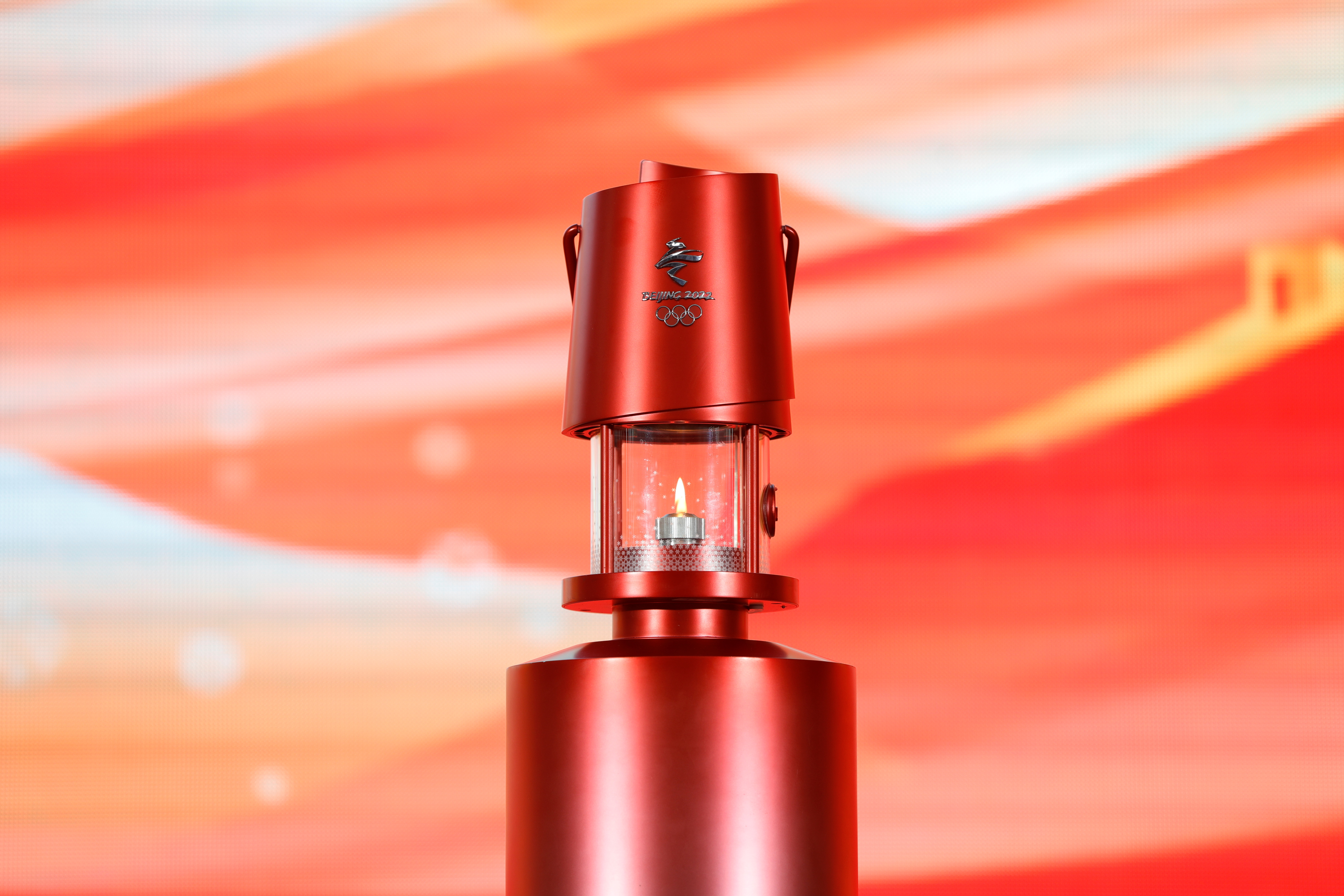 A safety lantern for the Olympic flame and torches of the Beijing 2022 Winter Olympics is displayed during a flame exhibition tour at Beijing University of Posts and Telecommunications in Beijing, China December 9, 2021. REUTERS/Carlos Garcia Rawlins

“But we had gone to absurd extremes. The torch went into outer space and was underwater on the Great Barrier Reef,” a man with extensive experience in Olympic Games staging reminded Around the Rings.

“And having the torch travel through different countries is a nice opportunity to make trouble. The IOC set out to simplify it, to have the torch make the journey only within the country that won the Games.”

In the run-up to Beijing 2022, the route will be merely symbolic, the torch will only take to the streets on February 2 and 3 before entering the Olympic stadium on February 4 for the opening of the Games.

Reasons? Many and none in particular: Yang Haibin, Beijing’s deputy sports director, said the scaled back torch relay was necessary due to several factors including the pandemic, venue preparations and the possibility of forest fires.

Although no longer the Olympic Games, China will continue to host major multi-sport events in the coming years. The World University Games in Chengdu this year and the World Games in 2025.

China was also a lifeline for the IOC when the going got tough. Europe is the world capital of winter sports, especially skiing, but the combination of failed referendums and an atmosphere that could be summarized as “don’t make me finance the Games with my taxes” led to the definition of the 2022 venue with only two candidates: Kazakhstan and China. 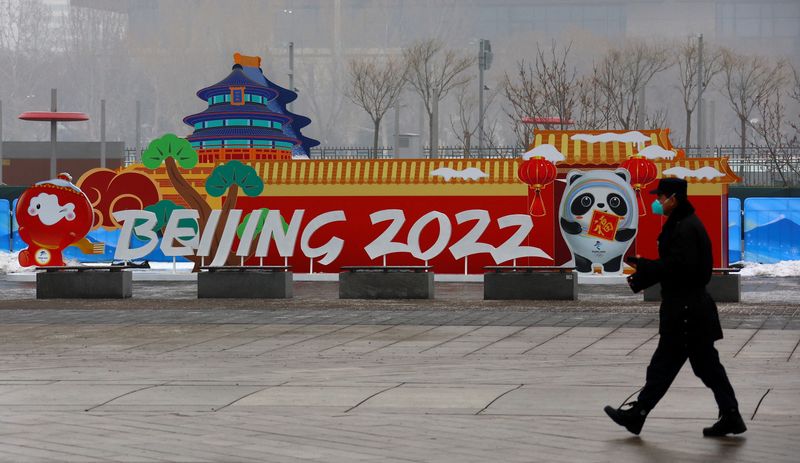 A security guard walks past advertising boards at the Main Press Center ahead of the Beijing 2022 Winter Olympic Games in Beijing, China, January 24, 2022. REUTERS/Fabrizio Bensch

It was not easy to find candidates to host the Games, something that the IOC began to solve during Bach’s presidency: Paris 2024 and Los Angeles 2028 decided in one move as venues, Brisbane 2032 chosen in a smooth and fast process, Milano-Cortina 2026 as a symbol of the return to Europe of the winter Games.

“It’s a great satisfaction to see the Games return to traditional venues and move away from dependence on the East, with all the cost that means,” another keen observer of the Olympic world told Around the Rings.

However, there is one thing that no one doubts: the Beijing 2022 display will be overwhelming in sporting and technological terms. And with no tickets on sale, but with audiences decided by the Chinese authorities, the Games will look wonderfully good on television.

BEHIND THE SCENES: From the Roman Empire to the fake Peng Shuai: in the midst of the storm, Thomas Bach takes the helm of the Olympic ship with force