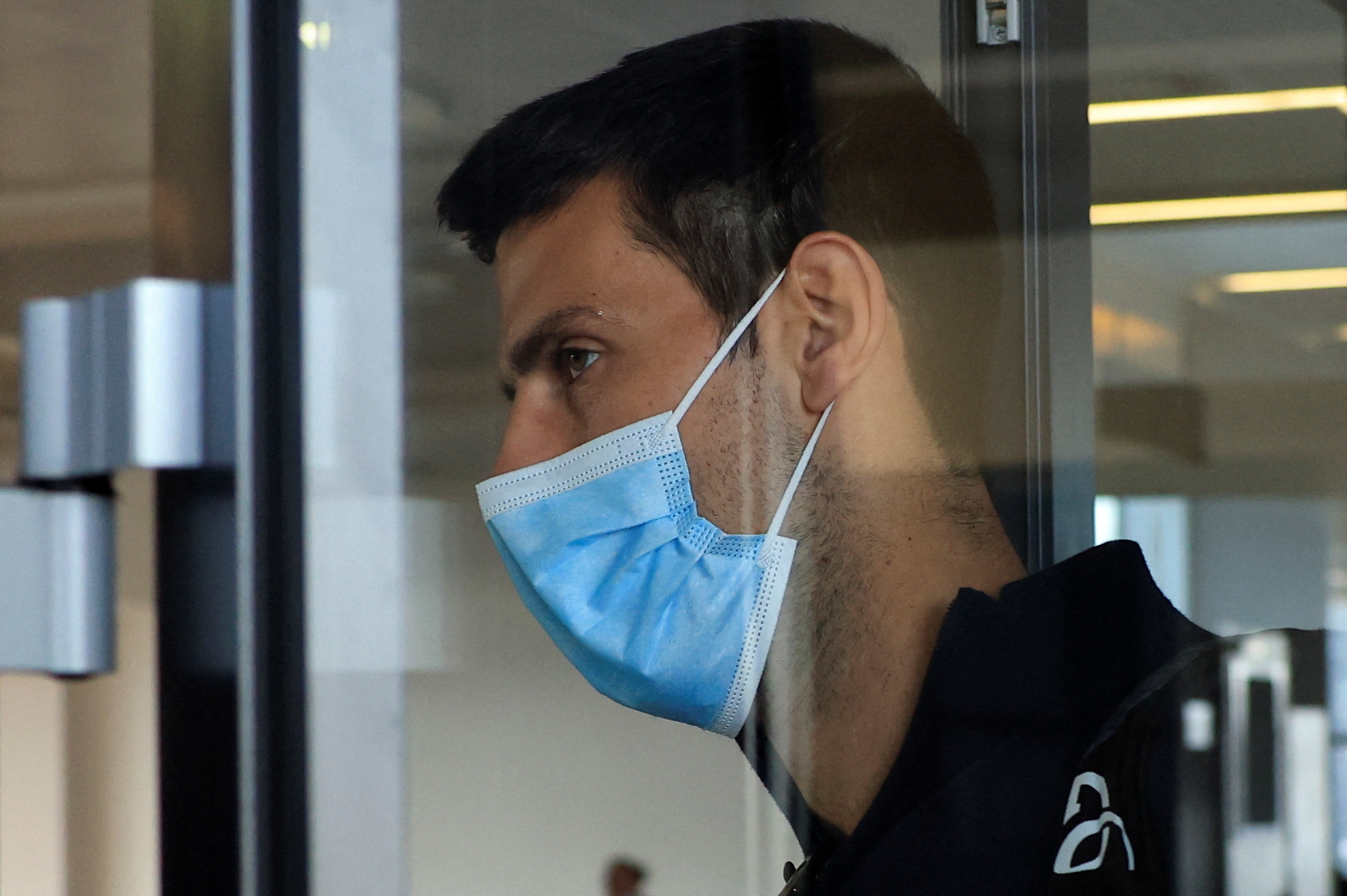 Little is said about it, because it is little known, but this is how things are: no Grand Slam tournament has forever assured its category and its presence in the tennis calendar. And nowhere is it written that there must be four. It could be five. Or three.

Not since the small tidal wave generated by the Romanian Ion Tiriac in 2008, with provocative statements to the German agency dpa in 2008, has the Australian Open felt so threatened.

That time it was Tiriac, this time it is Novak Djokovic.

When Tiriac launched his proposal in October 2008 during a conversation with the author of this article, part of the tennis world crucified him for wanting to change a history unchanged since the dawn of time.

“This is a provocation by Tiriac. The law of the Grand Slams is based on the law of history,” said Franceso Ricci Bitti, then president of the International Tennis Federation (ITF) and now head of ASOIF, the Association of Summer Olympic Sports Federations.

Legally it is possible to make changes, but historically I see it as very unlikely,” Ricci Bitti admitted.

The ITF Constitution allows the creation of new Grand Slams or the change of their host cities. According to article 2.2b, the ITF may “recognize other Grand Slams for one or more years as determined by the Council”.

In other words, no Grand Slam tournament is guaranteed to be hosted forever.

“I want to compete. Tomorrow I go and ask how much the Roland Garros prize money is. 15 million? I’ll go and put 15 million, but I want to be at the level of Roland Garros points. Let me compete,” said Tiriac, opening a Pandora’s Box that few were able to open. Tiriac said, without any complex, that his intention was to create a fifth Grand Slam to add to those of Melbourne, Paris, London and New York.

Unsettled by the intentions of the powerful Romanian businessman, president of the Romanian Olympic Committee between 1998 and 2004, Tennis Australia made an important self-criticism in December 2008.

“The Australian Open, one of the four Grand Slams, is at a crossroads, and its future position, as well as its existence, at risk. The demand for hosting tennis tournaments has grown dramatically in the last five years, with significant financial backing from Asia and the Middle East”. 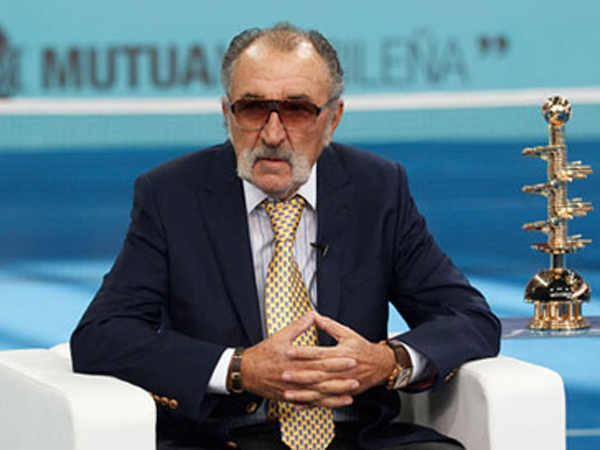 Ion Tiriac, in a file photo at the Madrid tennis tournament.

Thirteen years after that self-criticism, Australia is once again anxious.

“The Australian Open’s only asset is its reputation. That legacy, rebuilt by many good servants of the game since its lapse of relevance in the late 1970s and early 1980s, has been severely tainted in the space of one week. Was it worth it, to pin so much work by so many people on a relationship with a single dubious character? That’s the only question I want to hear Tiley (Craig, Tennis Australia’s CEO) answer.”

The quote is from Malcolm Knox in a column in “The Sydney Morning Herald”, which goes thirteen years later on what Tiriac said: “‘Grand slam’ status is purely a construction of the tennis world’s mind. It is a perception built on reputation. There is no world boss to take it away. Sadly for the Australian Open, nobody else has needed to diminish its status. It has done all the work itself.” I

In the same column, Knox calls for resignations.

“The more telling boycott, in coming years, will be when international players decide they can’t trust this event to be properly run or this country to have a consistent, credible immigration process. What makes a grand slam is the participants’ willingness to trust the competence and integrity of the organisers.

“Whether they support Djokovic’s vaccine stance and his tactical ploys or not, such confidence has been sundered by the past week. It always needed to be earned more than the three northern hemisphere events, and recently Australia’s reputation as the ‘players’ grand slam’ was eroded by such favouritism towards the few that it had become the ‘some players’ Grand Slam”.

“After the Djokovic fiasco, in which Tiley and his board have burnt their reputations with the tinder they provided the men’s world No.1, it might be called ‘one player’s grand slam’. A tournament of this stature is meant to be bigger than any one player. Djokovic and the organisers have succeeded in making it smaller.

“Whether Djokovic plays or not, TA’s pattern of speaking out of multiple sides of its own mouth, not to mention other orifices, would necessitate the immediate resignation of Tiley and the entire board if they had any connection with reality, which those same actions demonstrate they do not. There is only one conceivable downside to (Ashleigh) Barty winning and the tournament being declared, at the end of two weeks, a triumph for all: it might save their hides”. 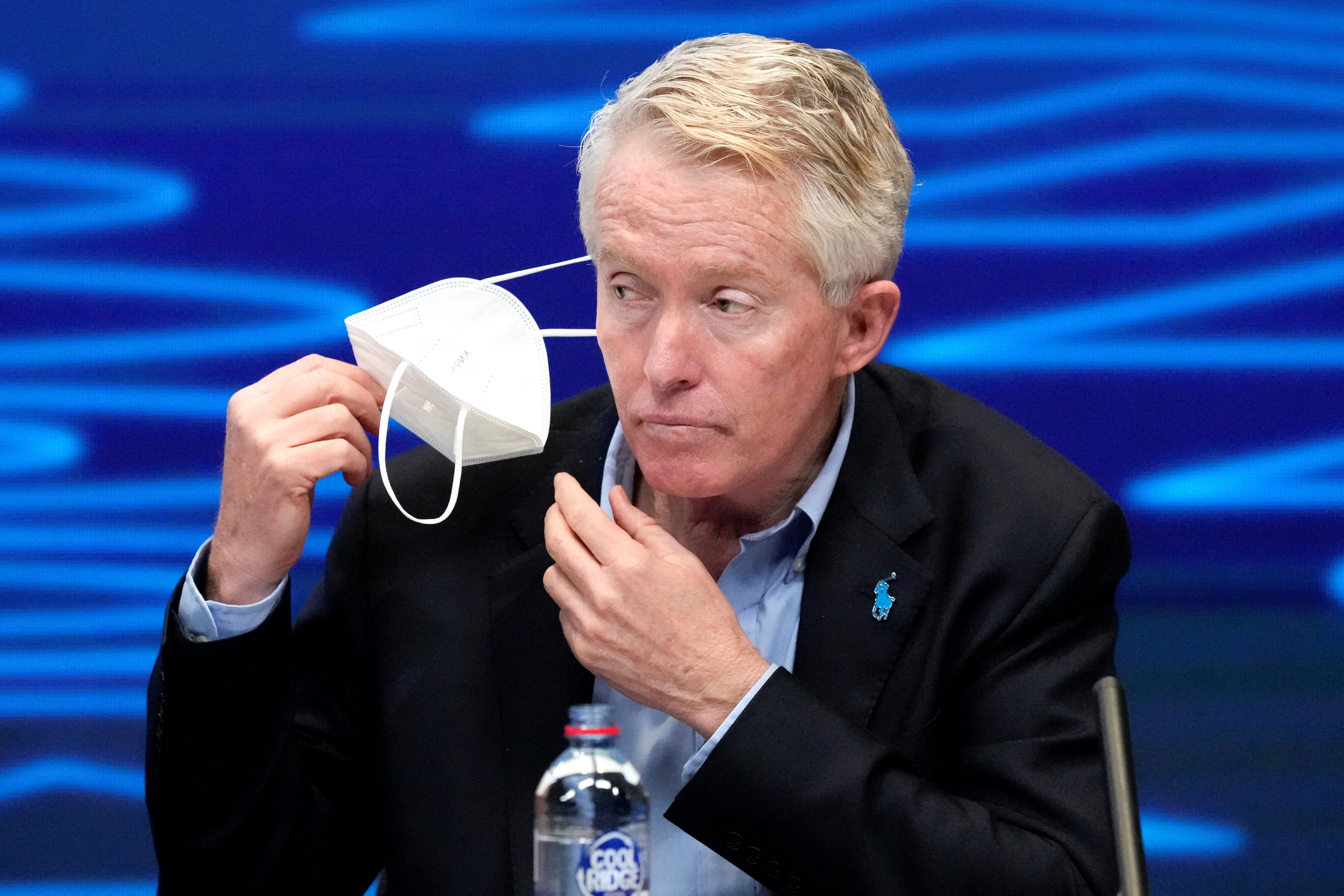 In the meantime, Djokovic’s soap opera has not come to an end, it just took a pause. While hundreds of tennis players fight these two weeks for the different titles at the Australian Open, the Serbian will reflect in Belgrade (in the best case scenario) and decide how to continue his way this season.

But the problem is threefold: Djokovic’s, because what happened to him these days closes the doors to more tournaments. That of Australia, a Grand Slam that had lost its inferiority complex and was, as mentioned above, badly hit. And that of tennis itself, because the sport came out weakened from the two incredible Australian weeks.

The world number one, who could cease to be so in less than two weeks, already knows that he will not be able to play Roland Garros if he does not get vaccinated. Scared by the Australian experience, the French Open and the French government made it clear to Djokovic: there will be no Bois de Boulogne without vaccinations. There will be no Paris, host of the Olympic Games in just two and a half years, without a vaccine.

Amelie Mauresmo, new director of Roland Garros and who shared the circuit with Djokovic, knows it well. 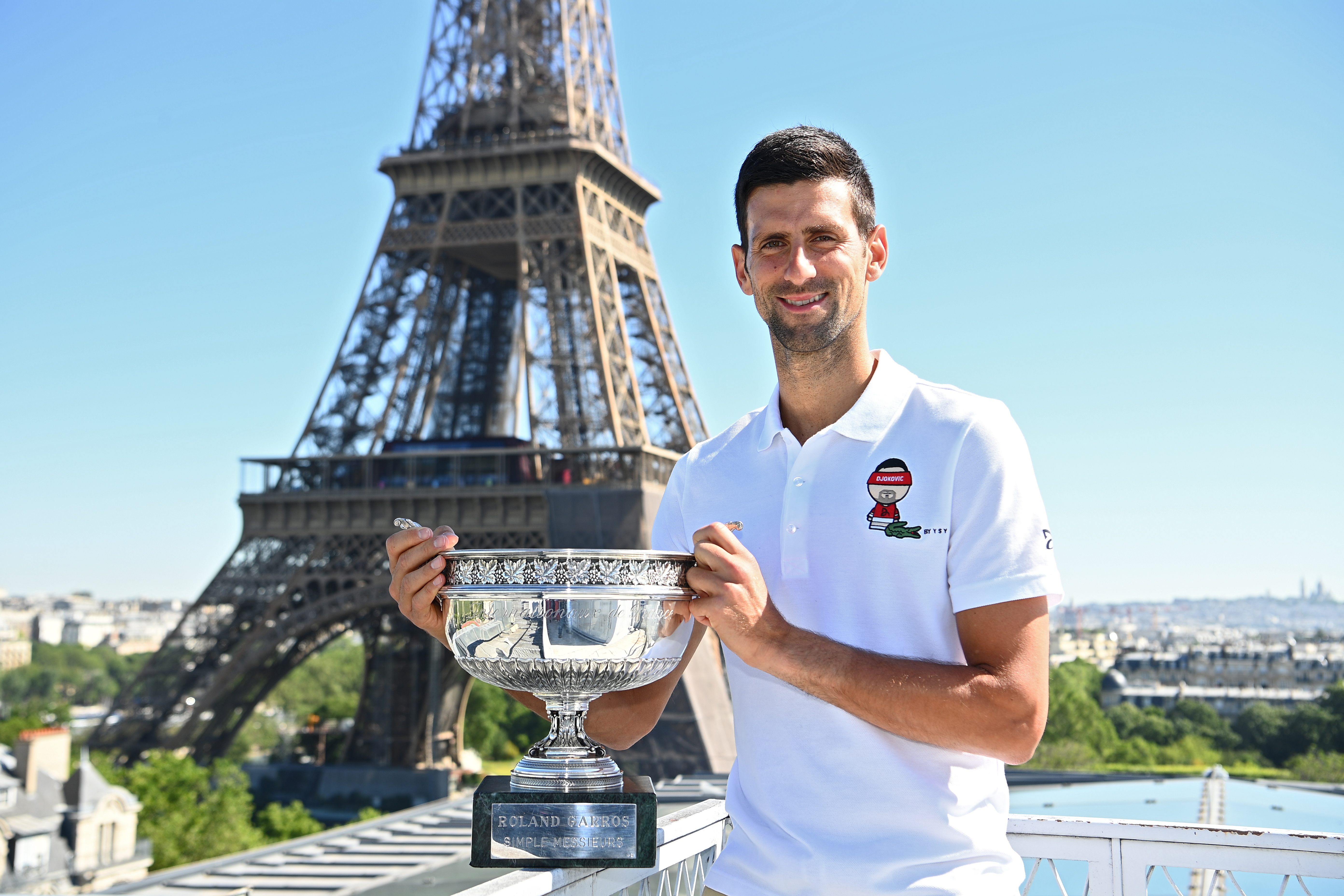 From then on, the imitation effect is inevitable: which countries and which tournaments will want to be perceived from now on as weak, as genuflecting before one of the best in history? If they have dignity and connection with the societies to which they belong, they will avoid things becoming as complex as in Australia: rules are rules, yes, but it is best if they are clear from the start.

It happened in France, which after a confusing back and forth as in Australia, but solved in a couple of days, made it clear that whoever does not get vaccinated will watch Roland Garros on TV. Sensitivity is also strong in the United Kingdom, home of Wimbledon, as well as in Joe Biden’s United States, home of the US Open.

Vaccinated, Djokovic was in a position to try to achieve what he brushed in 2021: win the Grand Slam, the conquest of the four major tournaments in the same season.

Without a vaccine, Djokovic could be the protagonist of a Grand Slam in reverse: the tennis player destined to be the most successful of all time and who does not play any of the four major tournaments.

No major organization will expose itself to go through what Australia went through in the unrepeatable January 2022. Nor will other major tournaments in the Masters 1000 series.

“Tennis Australia feared losing the participation of the world number one, nine-time tournament champion, and was permissive as far as it could with an unjustifiable inferiority complex. For a long time, the event was de facto the ‘poor cousin’ of the four Slams, seen as distant and unattractive, but that perception has clearly changed in recent decades,” the Brazilian newspaper “Folha de Sao Paulo” recently analyzed.

“The candidate for best tennis player in history, on the other hand, left escorted the country in which he is the biggest winner, singled out as detrimental to public health in the midst of a pandemic. Whether he is aware of it or not, he has become an icon of the global anti-vaccine movement.”

And the million-dollar question: “Was the attempt to be a martyr worth the effort? Djokovic may be proud and never admit it, but it will be hard to convince him that yes, it was worth it.”

Tennis and its governing body, the ITF, now chaired by American Dave Haggerty, a member of the International Olympic Committee (IOC), may be asking the same question. 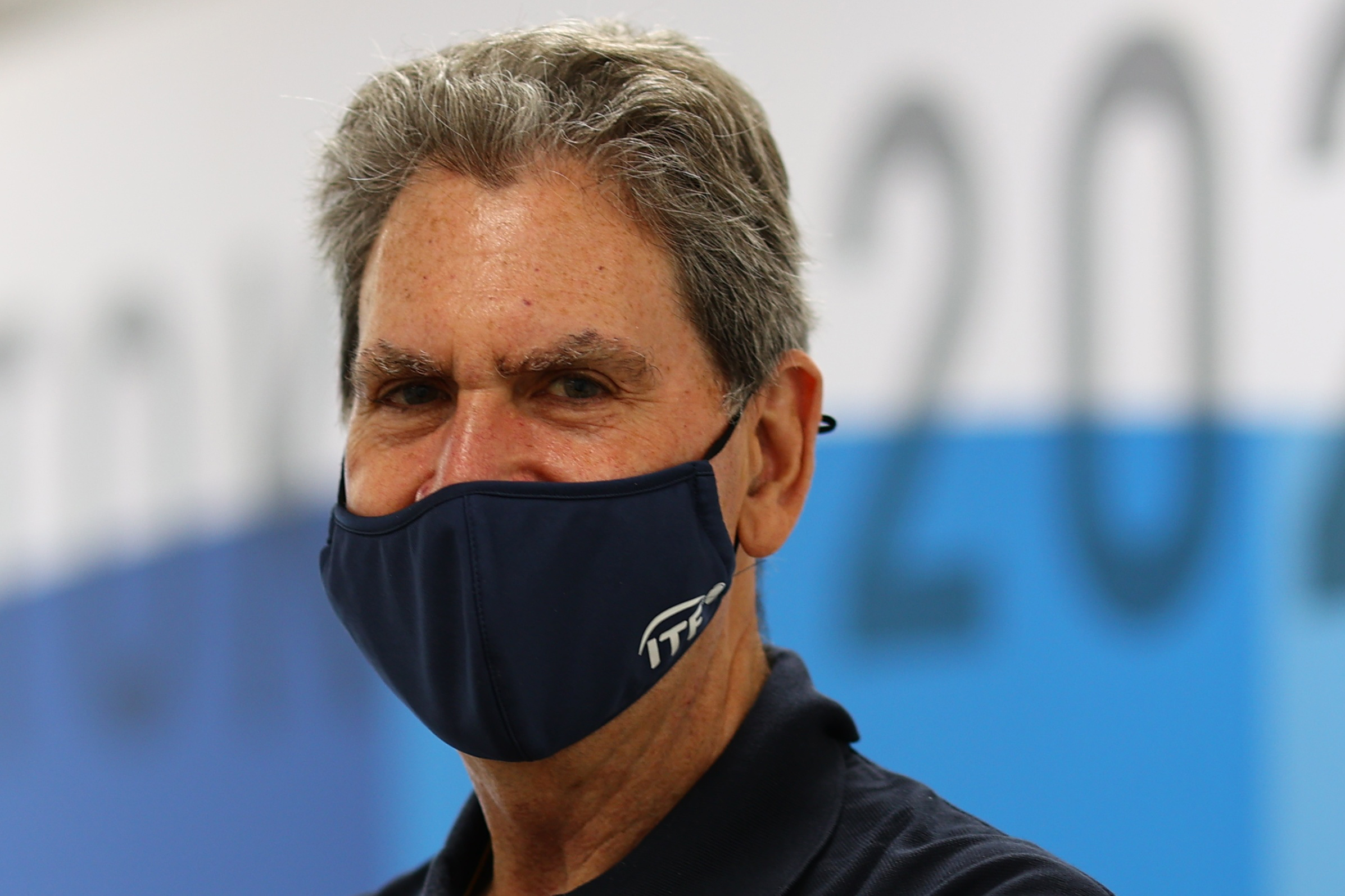 The cacophony of tennis, where power is shared between the ITF, the ATP, the WTA, the Grand Slams and other powers of greater or lesser consistency, makes it extremely difficult to solve this type of crisis with speed and forcefulness. Everyone has a lot at stake and no one wants to give up their share of power.

But if Djokovic dedicates these days in Belgrade to analyze in detail the statements and communiqués (and also the important silences, starting with Roger Federer’s), he will confirm that he is very lonely, much more lonely than one would expect from the man on his way to being the most successful of all time in his sport.

BEHIND THE SCENES: Understanding Novak Djokovic