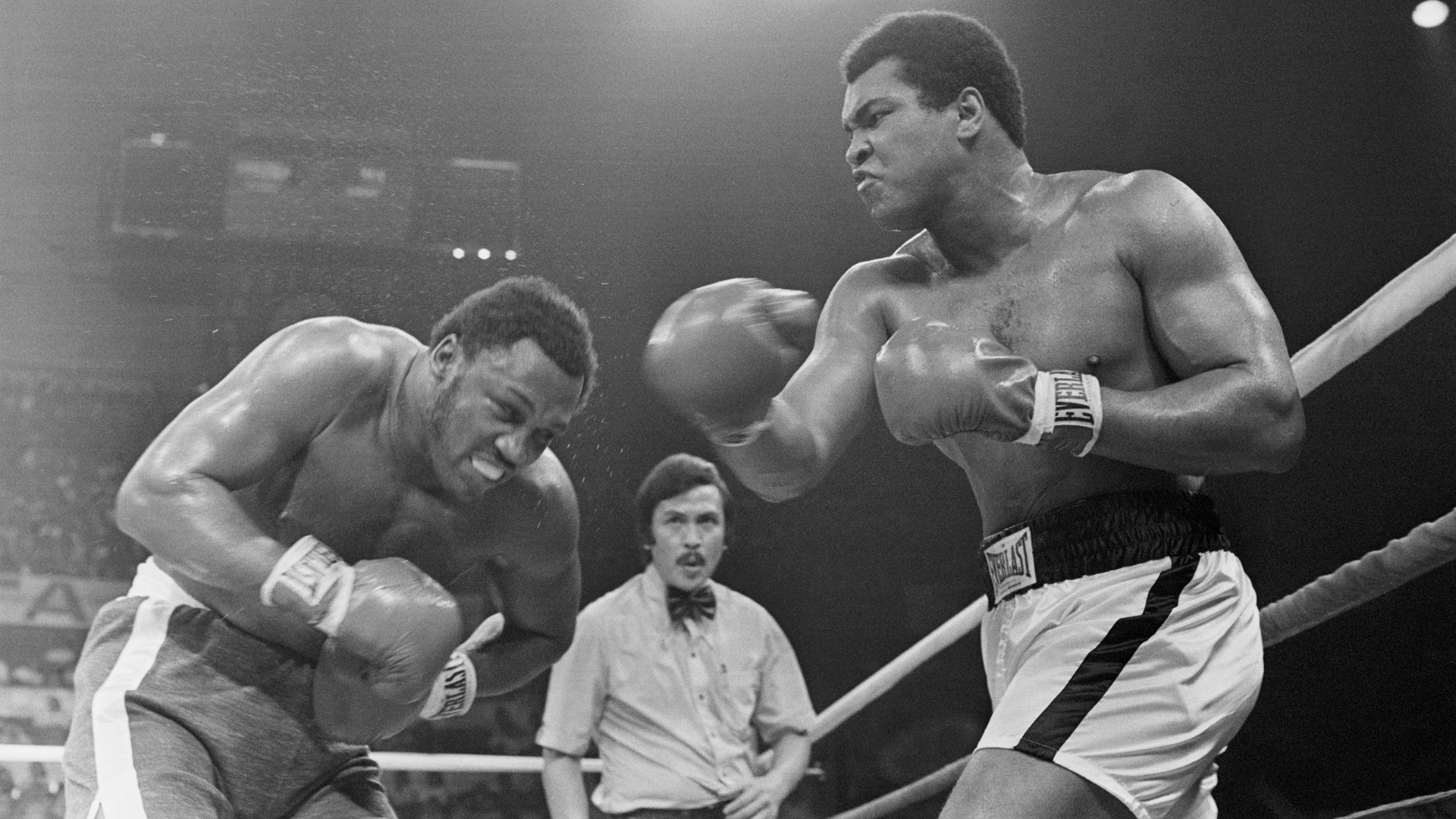 Muhammad Ali (r) punches Joe Frazier (l) in the head during the seventh round of their boxing match. Referee Carlos Padilla, Jr. (c) supervises this heavyweight match in Manila, Philippines, in 1975.

Nico Ali Walsh, 21, is the grandson of Muhammad Ali and has already delivered two knockouts in his only appearances since debuting in August.

“I’m blessed to carry on my grandfather’s legacy..... I love this legacy that I’m continuing.”

If only Nico could see himself in the Olympic ring as well, now that the doors are open to professionals, and thus reminisce the world debut of then Cassius Clay in Rome 1960.

Hopefully he will at least have the hands of his famous predecessor, who was fast and persistent with both, owner of a lethal hook with which he sought to knock out his opponents.

Muhammad Ali’s hands... Just 25 years ago I had his right hand on my chin, that same right hand with which he defied the tremors of Parkinson’s to light the cauldron of the Olympic Games in that same 1996. The same right hand that impacted the faces of Archie Moore, Sonny Liston, Floyd Patterson, Oscar Bonavena, Joe Frazier, Jimmy Ellis, Ken Norfton, George Foreman, Alfredo Evangelista, Earnie Shavers, Leon Spinks, Larry Holmes and so many others.

Ali was also in Havana in the Olympic year of Atlanta, where one day before the closing of the Games, Juan Antonio Samaranch gave him a replica of his 1960 gold medal that he won in the light heavyweight division, a medal that has disappeared and continues to generate controversy: it is not known if the legendary fighter threw it into the river in protest at being discriminated against in a cafeteria in his town, or if he really lost it.

During his 21-year term as head of the IOC, Samaranch returned Olympic medals to athletes in ceremonies he considered “acts of justice”, as happened in 1982 with another boxer, the Swede Ingemar Johansson.

He gave the Scandinavian the silver medal he had been denied for his disqualification for alleged “lack of competitiveness” in the heavyweight final of the 1952 Helsinki Games.

Samaranch had witnessed that bout as a special correspondent for a Spanish newspaper, and was also a follower of Johansson’s subsequent successful career in professional boxing, where he won world and European belts.

In 1996, Ali landed in Havana at the head of a humanitarian mission of the International Red Cross and with half a million dollars in medicines for hospitals.

From the moment he arrived at the airport and during the week of his stay, I followed him with my notebook as he toured hospitals and gyms. On the last day of his first visit to Havana - in 1998 he also returned with another shipment of donations - he surprised me when I tried to get a word out of him.

In an affectionate and unexpected gesture, he pressed his left arm on my back while his impressive right fist, threatening, brushed my jaw. 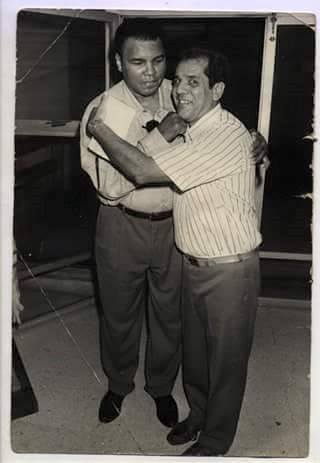 Muhammad Ali during his meeting with Miguel Hernández, author of this article, in 1996 in Havana.

I had asked him what would have been the outcome of a fight of his against three-time Cuban Olympic champion Teofilo Stevenson, which began to be speculated about precisely 45 years ago, when the Caribbean giant won the gold medal at the Montreal Olympics.

Those in Canada were my first Olympic Games in sports journalism, and they were on the verge of not being them: we were only waiting for an order from Havana -which fortunately did not come- for Cuba to join the boycott of the African countries.

While my hand was lost in his in greeting, Ali said something to me in a very low tone in that small room of the Havana hospital. I could barely hear.

It was Lonnie, his wife and spokeswoman, who ratified to me the champion’s gentlemanly answer about the so-called “Fight of the Century” against Stevenson, which never materialized. That would have been a draw, Ali said.

Stevenson died surprisingly at the age of 60, in June 2012, of a heart attack.

“It happened because he didn’t want to get a pacemaker,” I heard from the veteran coach of the Cuban boxing team, Alcides Sagarra, at the Havana Sports City Coliseum. The pacemaker is a small device that is implanted in the body for when the heart beats very slowly.

With Ali in Cuba it happened to our generation as with the Beatles and their first movie, “A Hard Day’s Night”, which we saw on the island almost 40 years after its release.

Ali’s fights were never shown in Cuba or commented on in the newspapers during the time “The Greatest” reigned in the ring. In 1961, Fidel Castro had decreed the elimination of professionalism, a law aimed at baseball and boxing. Sixty years already.

In November 1992, in the context of a General Assembly of National Olympic Committees (ANOC) in Acapulco, the Mexican of Lebanese origin José Sulaimán, president for three decades of the World Boxing Council (WBC), told me that he wanted to travel to Havana to propose projects to Castro to help Cuban boxers.

Among his ideas, Sulaiman spoke of a world championship with the presence of champions from the various professional boxing organizations and Olympic Games champions.

Four months earlier, seven Cubans had won the gold medal in the boxing tournament of the Barcelona Olympic Games. Thanks to them, Cuba was fifth in the final medal standings, after regrettable absences at the Los Angeles 84 and Seoul 88 Games.

But someone advised Sulaiman, who never took tickets to Havana.

However, 29 years later, his son and successor in the WBC, Mauricio Sulaiman, transmitted a new message of cooperation to Cuba, and this time he apparently found receptive ears in the island’s boxing authorities. 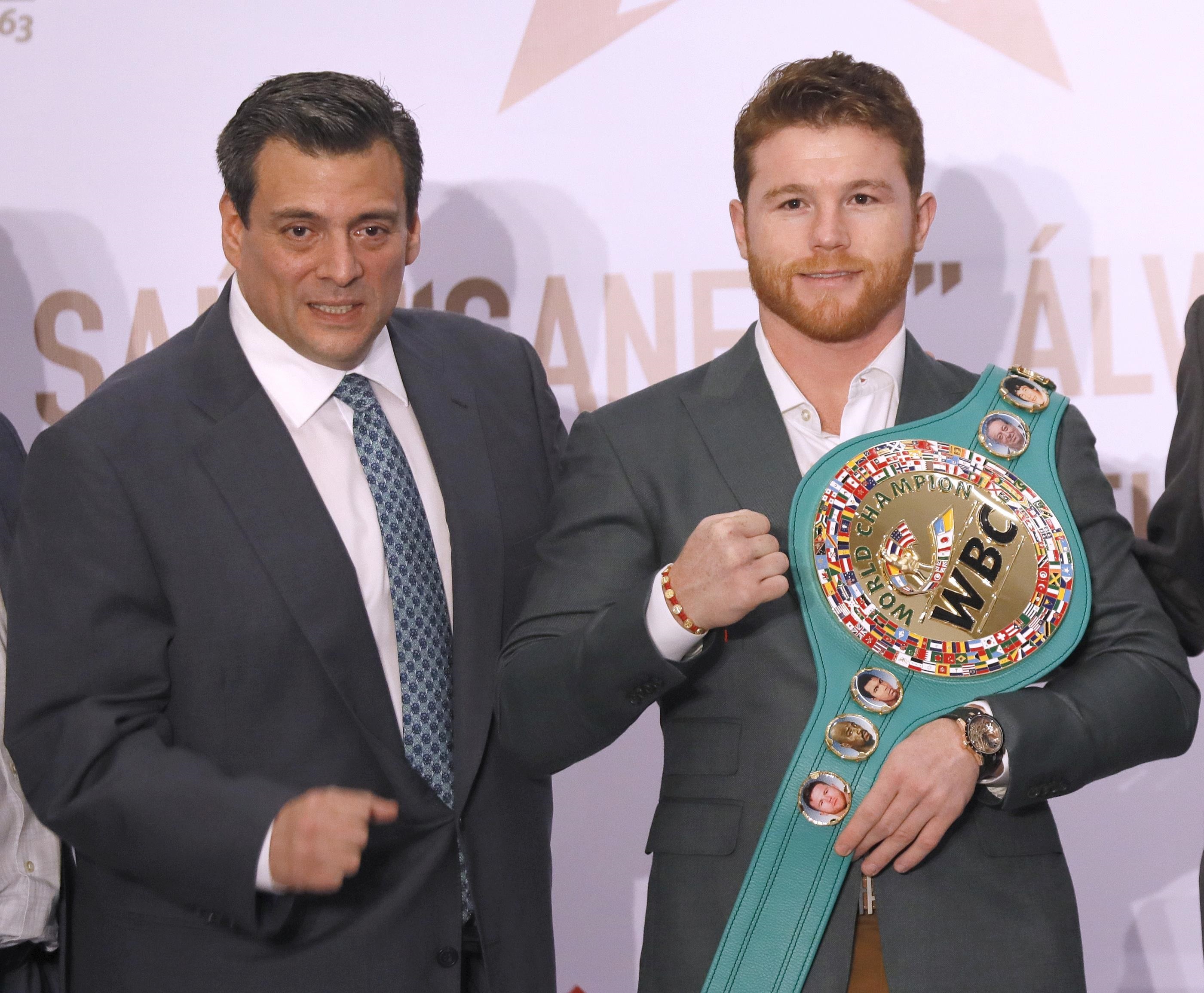 In the image, the president of the World Boxing Council (WBC), Mauricio Sulaimán (i) and Mexican boxer Saúl "Canelo" Álvarez. EFE/Jorge Núñez/File

The meeting with Sulaiman took place during an unprecedented and friendly cartel between Mexican professionals and selected Cuban Olympians held in the Mexican state of Aguascalientes a month before the Tokyo Olympic Games.

The island’s sports officials do not rule out agreements with well-known professional organizations, according to comments made this year, something unthinkable in these past decades.

Will the day be near when some of those entities that rule the boxing world will organize a show in Havana’s Coliseum?

Will it occur to anyone to plan a program between boxers from the island and Cuban fighters based in the United States?

Back in these days, I remember Muhammad Ali again, here in Atlanta, where for many people he is an idol and a myth. I remember him again 25 years later with his slow movements, his silence, his historic career in and out of the ring. And his hand on my chin.