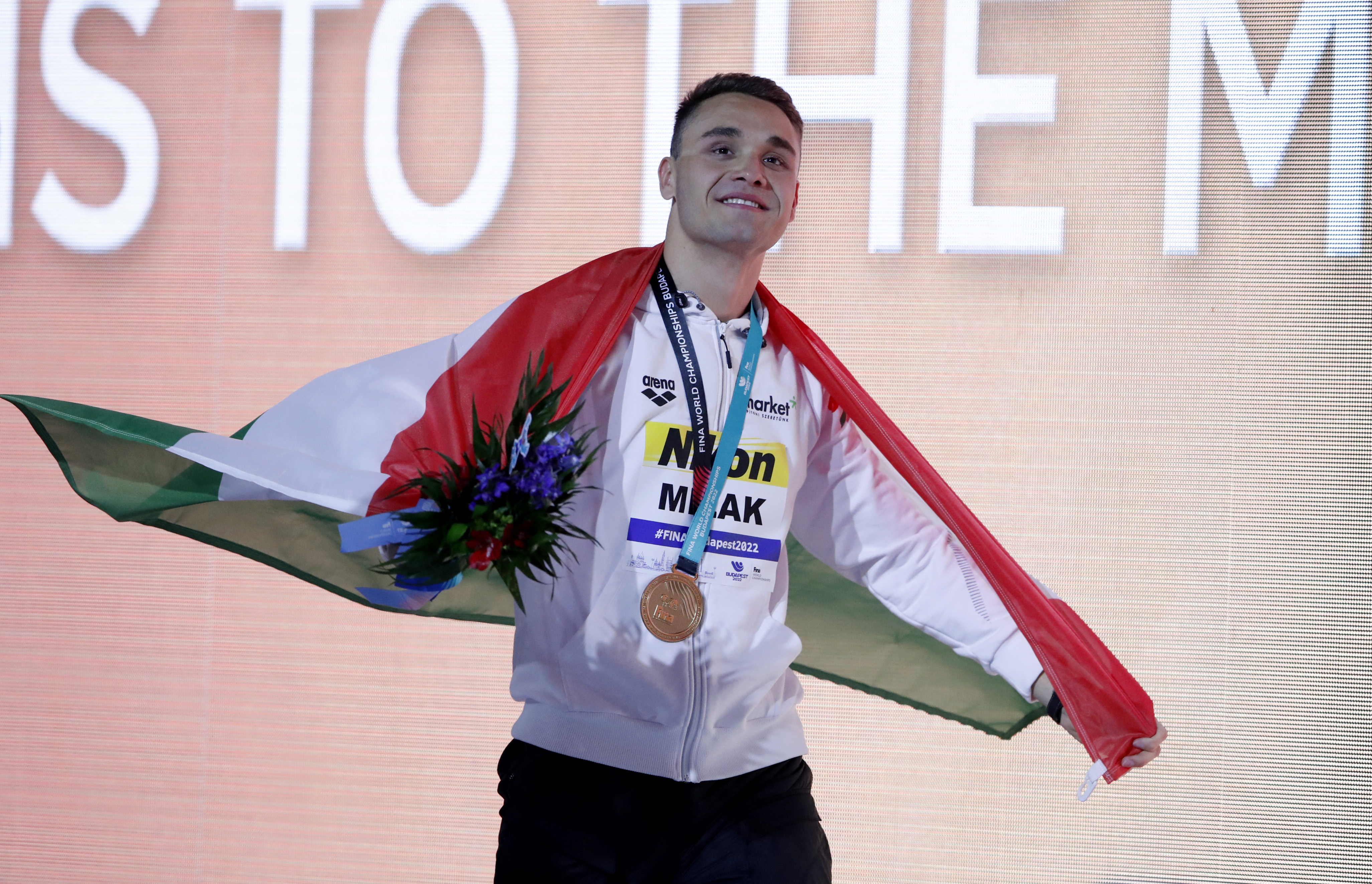 The fourth night of the FINA World Championships featured the men’s 200-meter butterfly finals with the top four finishers from the Tokyo 2020 Olympics.

The sold out house was treated to an amazing performance as native son Kristof Milak set a new world, breaking his own mark by a significant 39 hundredths of a second, three seconds faster than second place finisher, Leon Marchand of France.

“This is my home, my pool, I train here, I race here, lane four belongs to me, I really wanted to show something big for these fantastic people,” Milak said. “The Olympic gold means a lot, but winning here, with a new world record, in front of 4,000 people – that eclipses everything.”

It was once thought that a sub-1:50 time would be an unthinkable barrier for the 200-meter butterfly. However, on Tuesday night, Milak broke the world record with an oh-so-close time of 1:50.34, faster than his previous world record set at the Gwangju Championships in 2019. It also gives him seven of the fastest times in the history of the event. 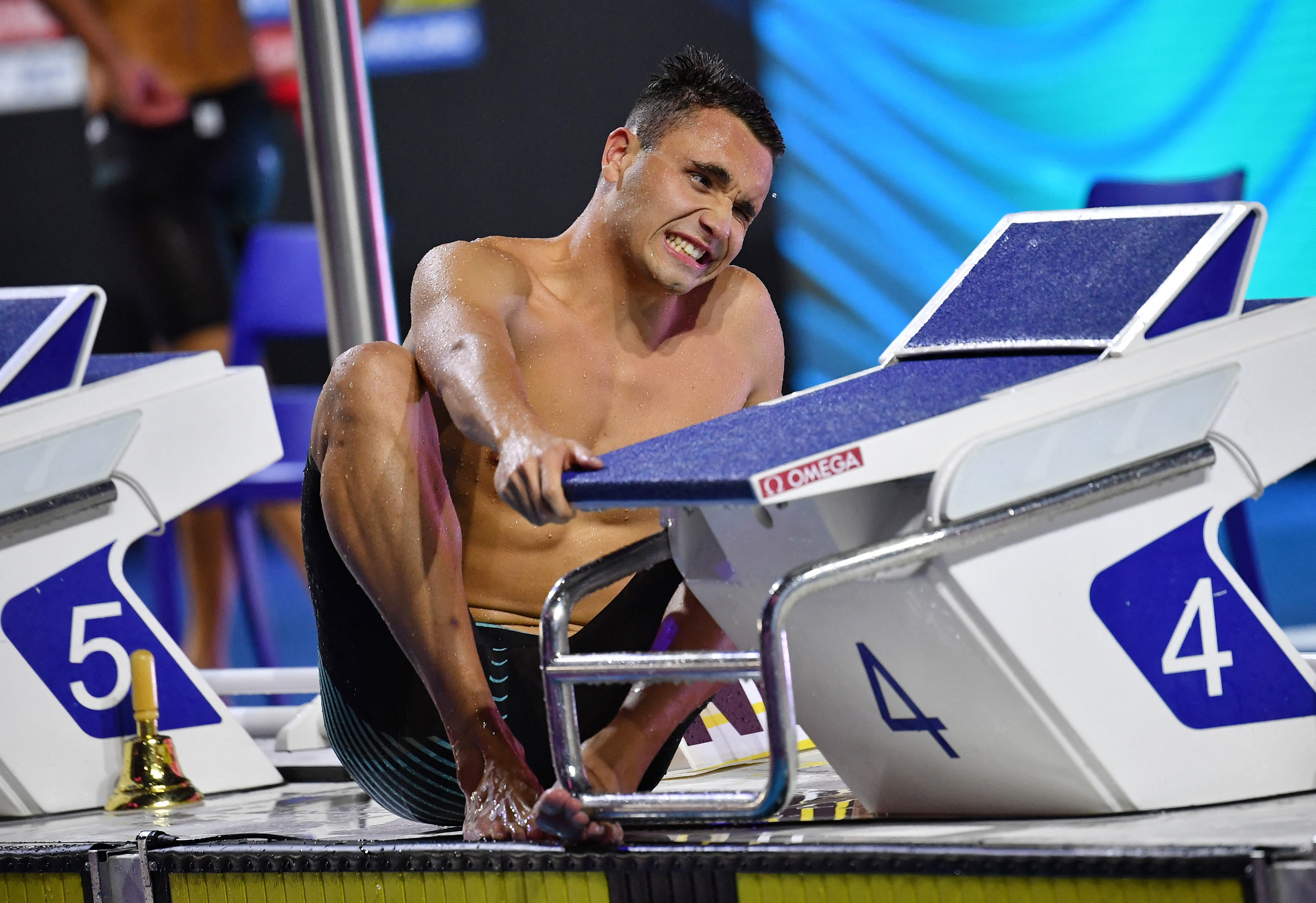 “Now it hurts a lot, I don’t feel my legs,” Milak said immediately after the race. “I enjoyed it though, especially after the race, the atmosphere and how the fans reacted, except for the part when I climbed out from the pool.

“I can’t really recall my swim, I think I pushed a bit harder over the first 100m, that’s why it was so painful at the end but I really wanted this world record, wanted more than anything. The crowd gave me a tremendous boost.”

France’s Leon Marchand won his second medal of the meet with a silver at 1:53.37, which is a new French record and puts him eighth all-time.

“To be honest, it felt great,” Marchand said of the 200m butterfly. “I had a great afternoon in general, it was a super final for me and I am happy with the silver. And after that I have even won my semi-final in the 200m medley. I had a quite good recovery and two great times today!” 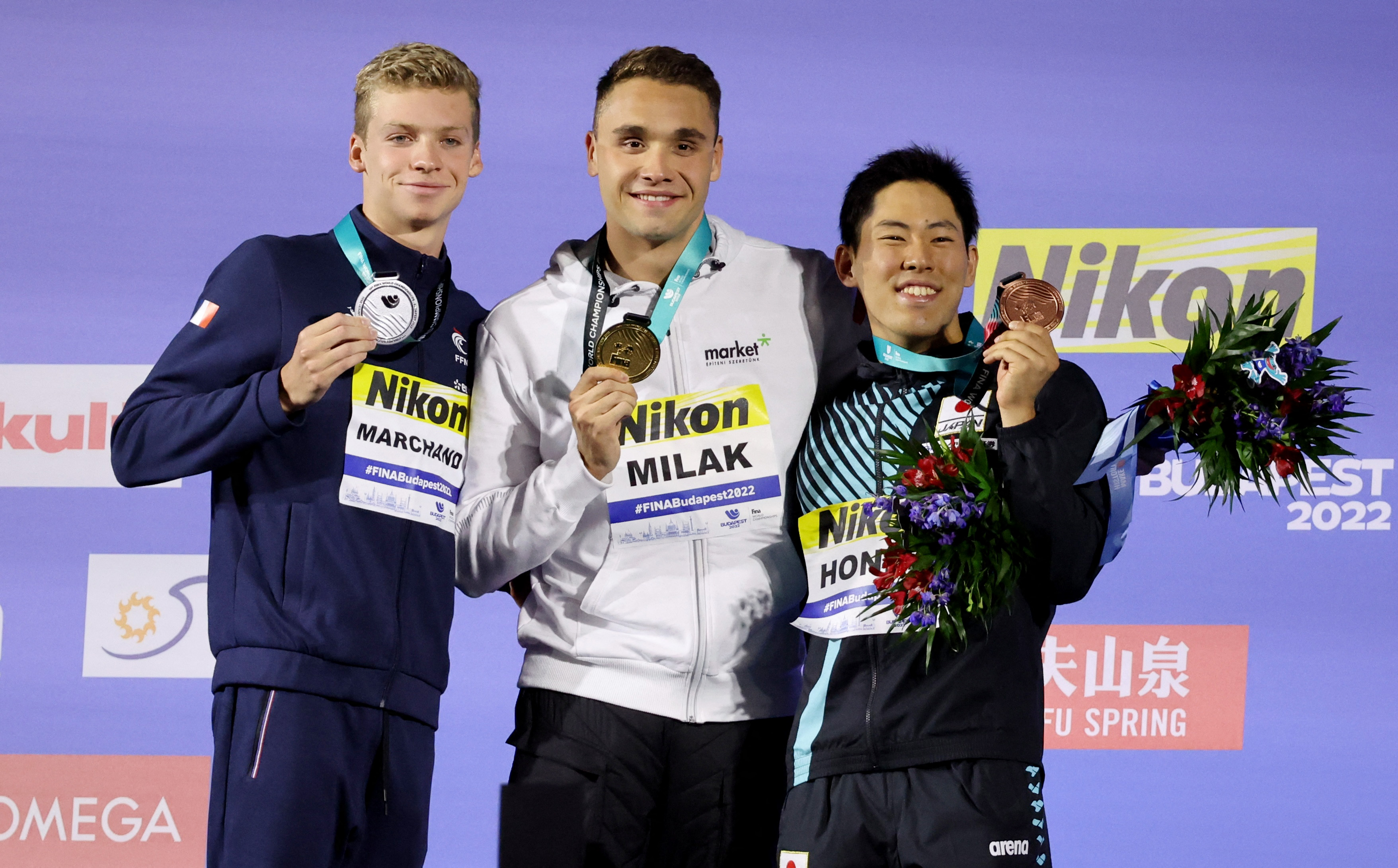 Japan’s Tomoru Honda added to his Olympic silver last year with a bronze in Budapest at 1:53.61.

“It was a very exciting race, everyone was really fast and strong,” Honda said. “I try to keep up the pace but in the last 50m I felt my arms, I almost had cramps so when I came out it was a huge relief – but I’m happy.”

Check out all the action from day four in this FINA daily recap.