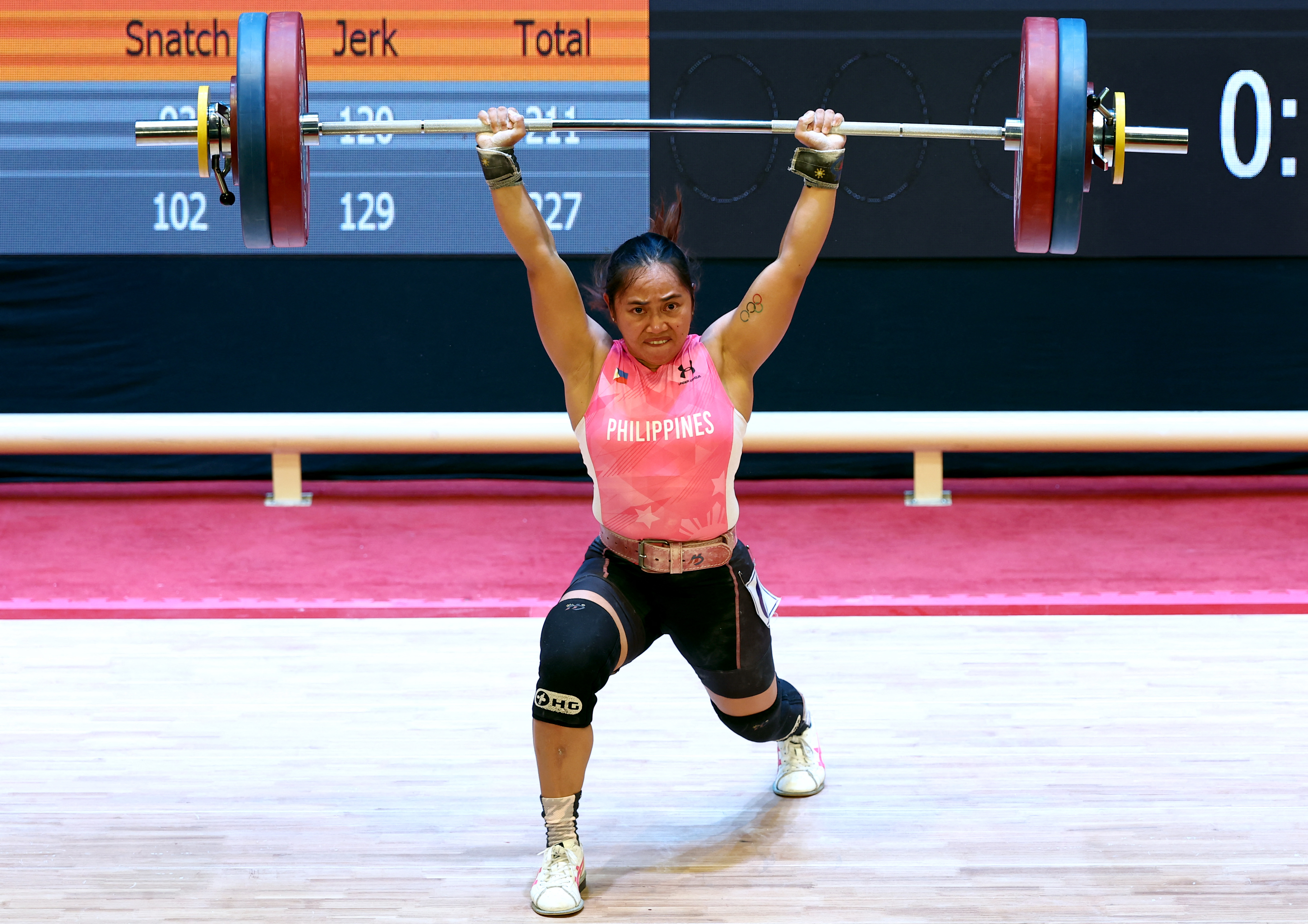 Almost a year after she became the first athlete from the Philippines to win an Olympic gold medal, Hidilyn Diaz successfully defended her title in the Southeast Asian Games (SEA) weightlifting competition in Hanoi, Vietnam on Friday.

The 31-year-old was able to outmuscle the competition in the women’s 55kg division, winning the gold medal and defending her 2019 SEA Games title.

Diaz total lift of 206 kilograms, 114kg in the clean-and-jerk and 92kg in the snatch, was well shy of her Olympic gold total of 224kg, but it was enough to retain her title and hold off 2016 Rio de Janeiro gold medalist Sanikun Tanasan of Thailand. 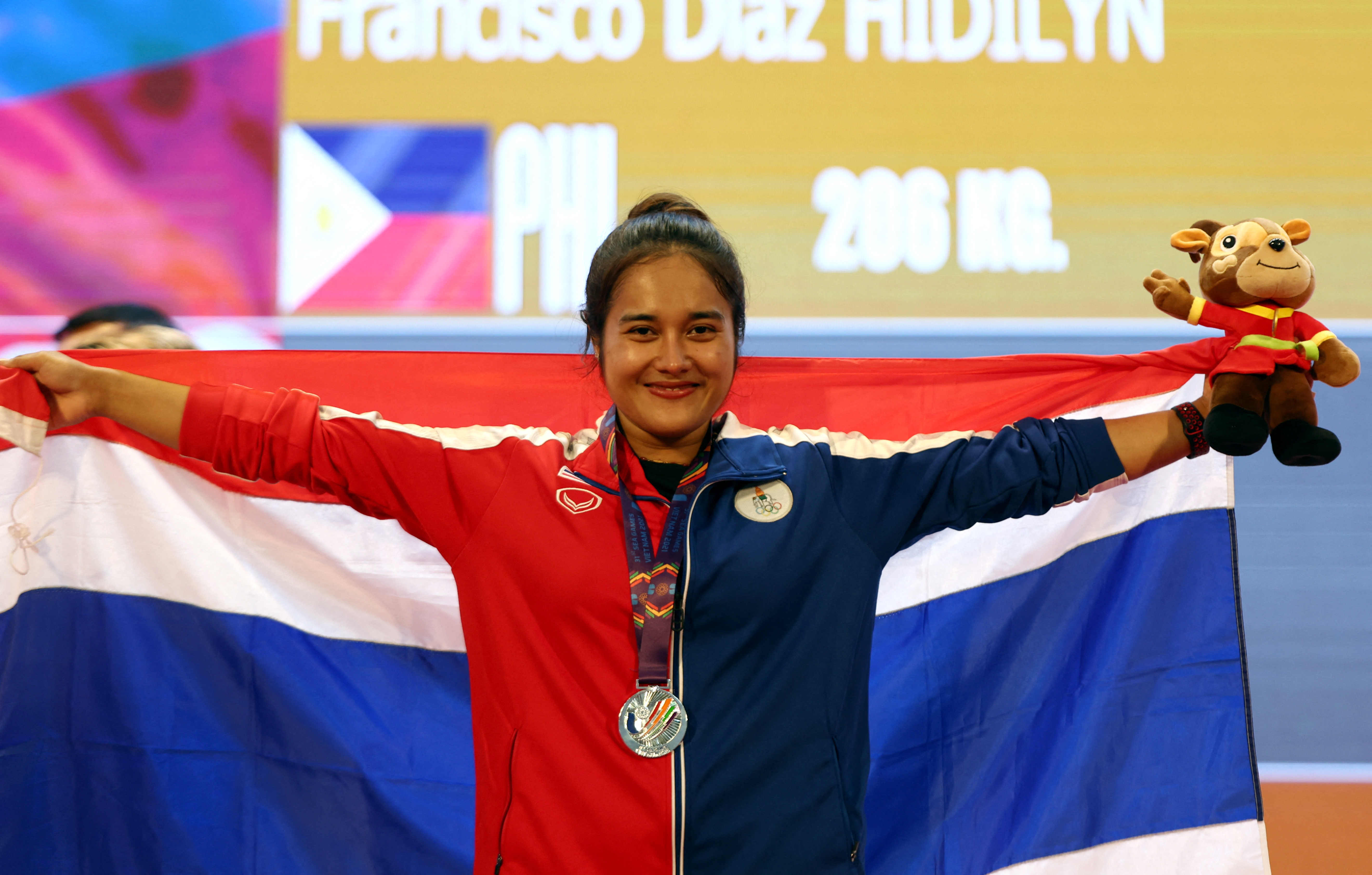 In the snatch, Sanikun set an SEA Games record with a lift of 93 kilograms. However Diaz was able to maintain her lead after a strong lift in the clean-and-jerk.

Natasya Beteyob of Indonesia was able to secure the bronze medal with a total lift of 188 kilograms - 84kg in snatch and 104kg in clean-and-jerk.