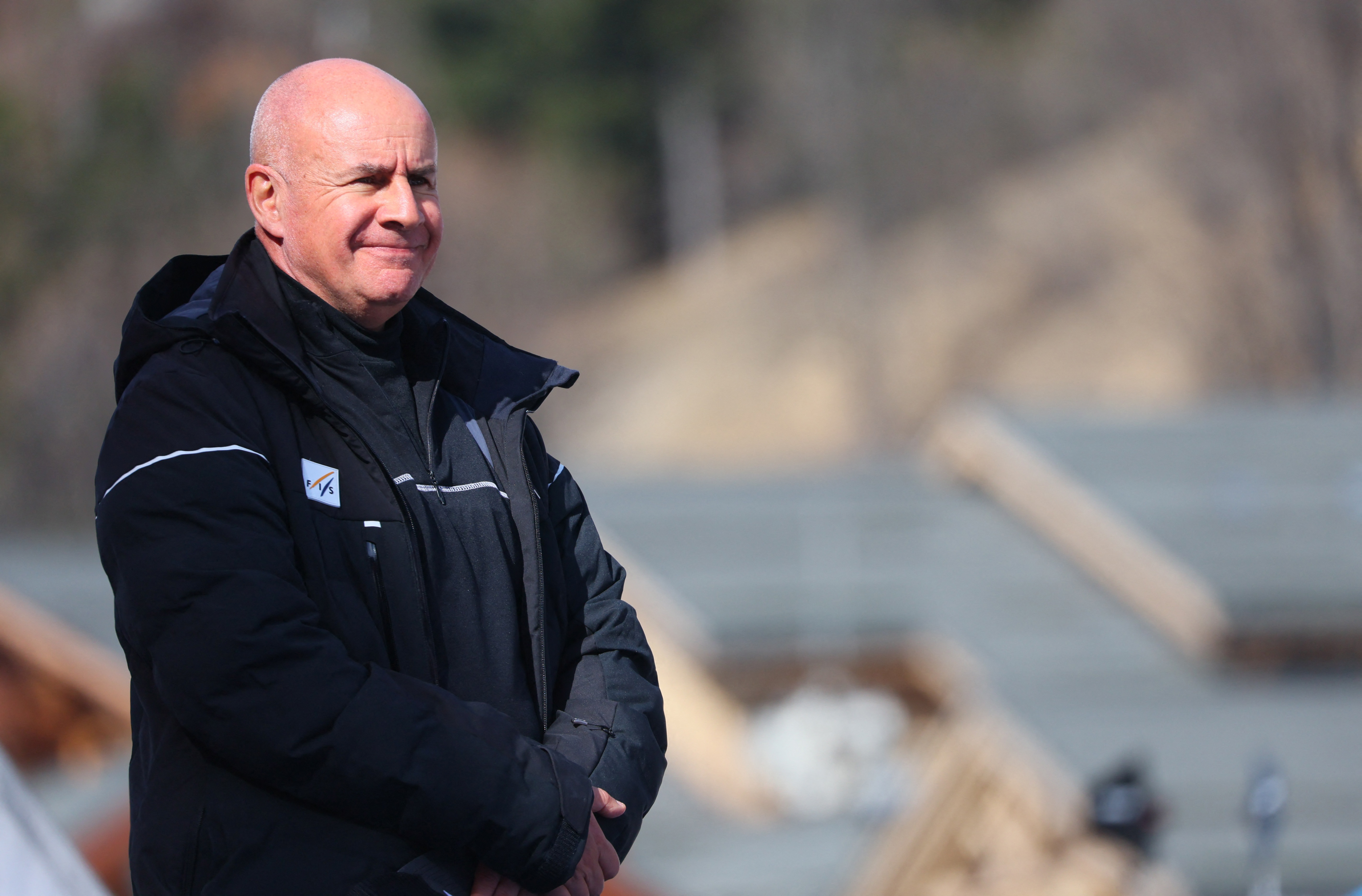 International Ski Federation (FIS) officials and National Ski Association representatives are set to convene with a number of hot topics and issues on the table at the 53rd International Ski Congress in Milan, over the upcoming days.

FIS president Johan Eliasch proposed sweeping change to an organization he felt had become stagnant, and is charging forward upon those promises. However, National Ski Associations and key stakeholders have expressed concern with the process, which appears to be causing turmoil and uncertainty within the largest winter sports international federation.

Elected in June 2021, Eliasch asserted streamlining digital and broadcast rights to international Alpine and Nordic skiing, freestyle skiing, and snowboard World Cup events would be his top priority. “We need a more integrated approach to selling our television and digital rights,” Eliasch said, in his manifesto. “We must create our future rather than just supporting our current existence.”

Eliasch’s proposed new approach to managing the sport’s international television and digital rights, referred to as the “Concorde Agreement,” will be at the top of the agenda May 25 and 26, and heated discussion and debate will surely ensue, both in-person and virtually. Additionally, 2026 and 2027 World Championship organizers will be voted upon and announced across Alpine, Nordic, freestyle/snowboard and ski jumping, all scheduled for day one of the gathering.

Running unopposed, Eliasch is expected to be re-elected for a new four-year term as FIS president on Thursday. Publicly, Eliasch has been taciturn about going on record with the media about the proposed new Concorde Agreement and related issues with the NSA’s.

The British entrepreneur with Swedish roots has been inciting a battle surrounding control of the international television rights, aiming to bring the process entirely in house and eliminate longstanding partner Infront Sports and Media. For more than two decades, Infront has managed the international rights for FIS member associations, with one notable exception – Austria.

Various NSA’s, broadcasters and World Cup organizers have felt they have been kept in the dark with little or no communication. The 2022-23 Alpine World Cup calendar was finally released earlier this month, pending final approval by the FIS Council this week. 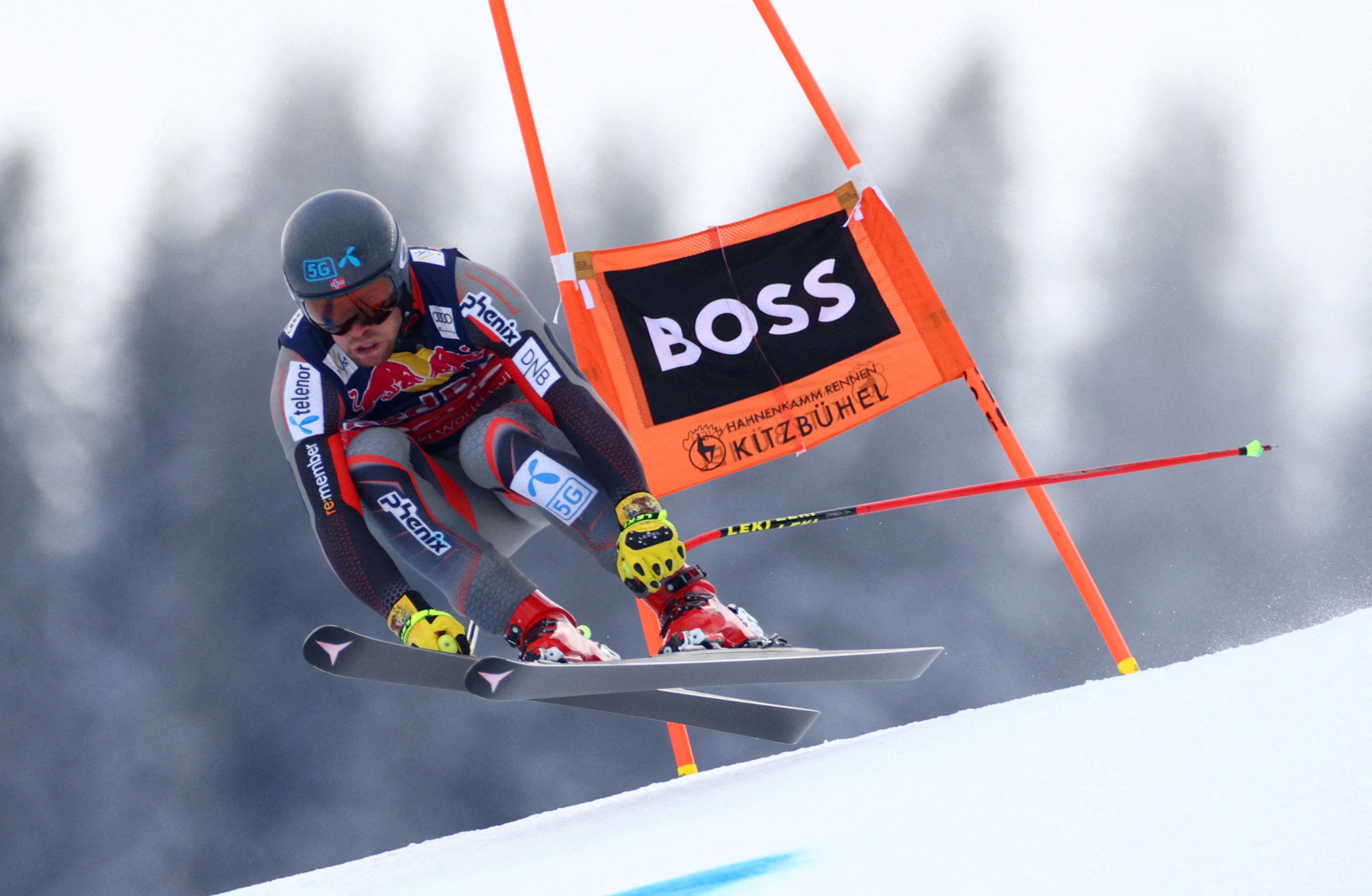 The turmoil recently escalated as FIS issued a letter to the Austrian governing body Ski Austria to discontinue ongoing discussions with Infront concerning their sale of international broadcast rights for the upcoming season. Similar letters were issued to German media outlets as they too were in discussions ahead of next season.

“They forgot to talk to the partners at the FIS – who ultimately buys the rights from us is of secondary importance to us, but the system has to be right and the position of the national associations must also be taken into account,” Austrian Ski Federation secretary general Christian Scherer told the Austrian news outlet Kleine Zeitung.

“If we are suddenly no longer supposed to have rights and are dependent on the goodwill of the FIS, then we won’t accept it. However, no one knows exactly what the model would look like, because there is no communication,” he said.

At the FIS spring meeting in early April, alarm bells began ringing as plans began to be unveiled.

“There are formulations that are very irritating and I can say that we won’t put up with that,” Scherer said. 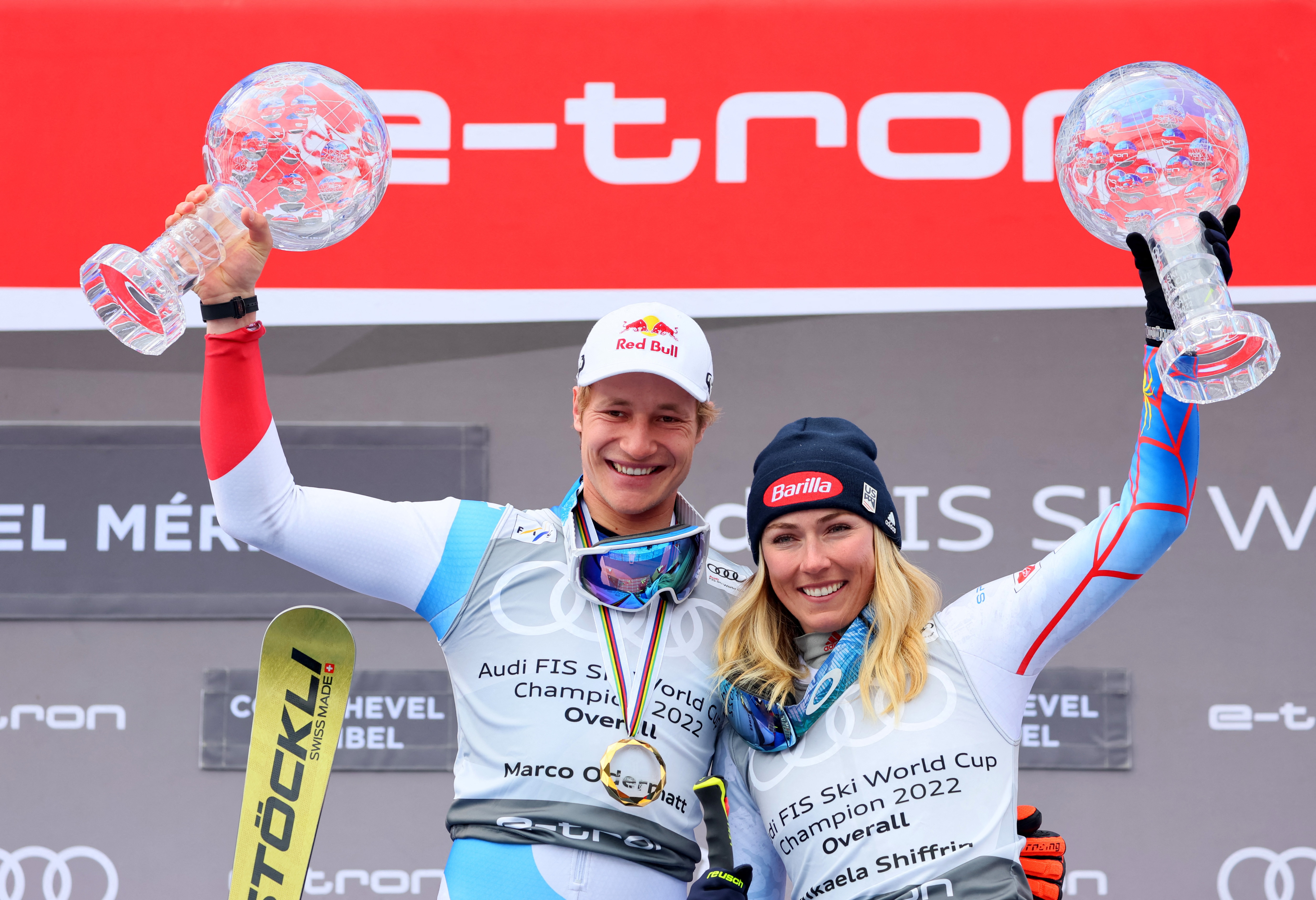 Under the existing broadcast rights structure, which Eliasch is determined to eliminate, the NSA’s hold domestic rights to events, but then sell the international rights to Infront, which in turn, brokers the rights to ski association clients on a contract-by-contract basis, while taking a large chunk for themselves.

Elisach’s proposed ‘Concorde Agreement’ is designed to centralize all international rights and develop standardized agreements with all NSA’s, a strategy putting more money in the pockets of the so-called smaller or developing nations.

As developments unfold at the Congress, speculation is the more powerful central European National Governing Bodies (NGB) are less inclined to support Eliasch’s proposed changes, however the concept will likely receive support from the vast majority of 140 FIS NGBs.

FIS also believes by directly controlling and centralizing broadcast rights, retaining tens of millions of dollars, they could increase the quality of the broadcasts and by sharing revenues with all national ski associations, they will also increase the level of professionalism.

To answer any concerns from host nations and their respective broadcasters, FIS plans to guarantee them equal agreements to their current deals with Infront. Under the Concorde Agreement, non-hosting nations would also benefit from shared broadcast revenue. FIS also intends to use the funds to invest in a currently nonexistent high-quality digital medium platform, in addition to allocating portions of net profits to increase prize money for athletes. 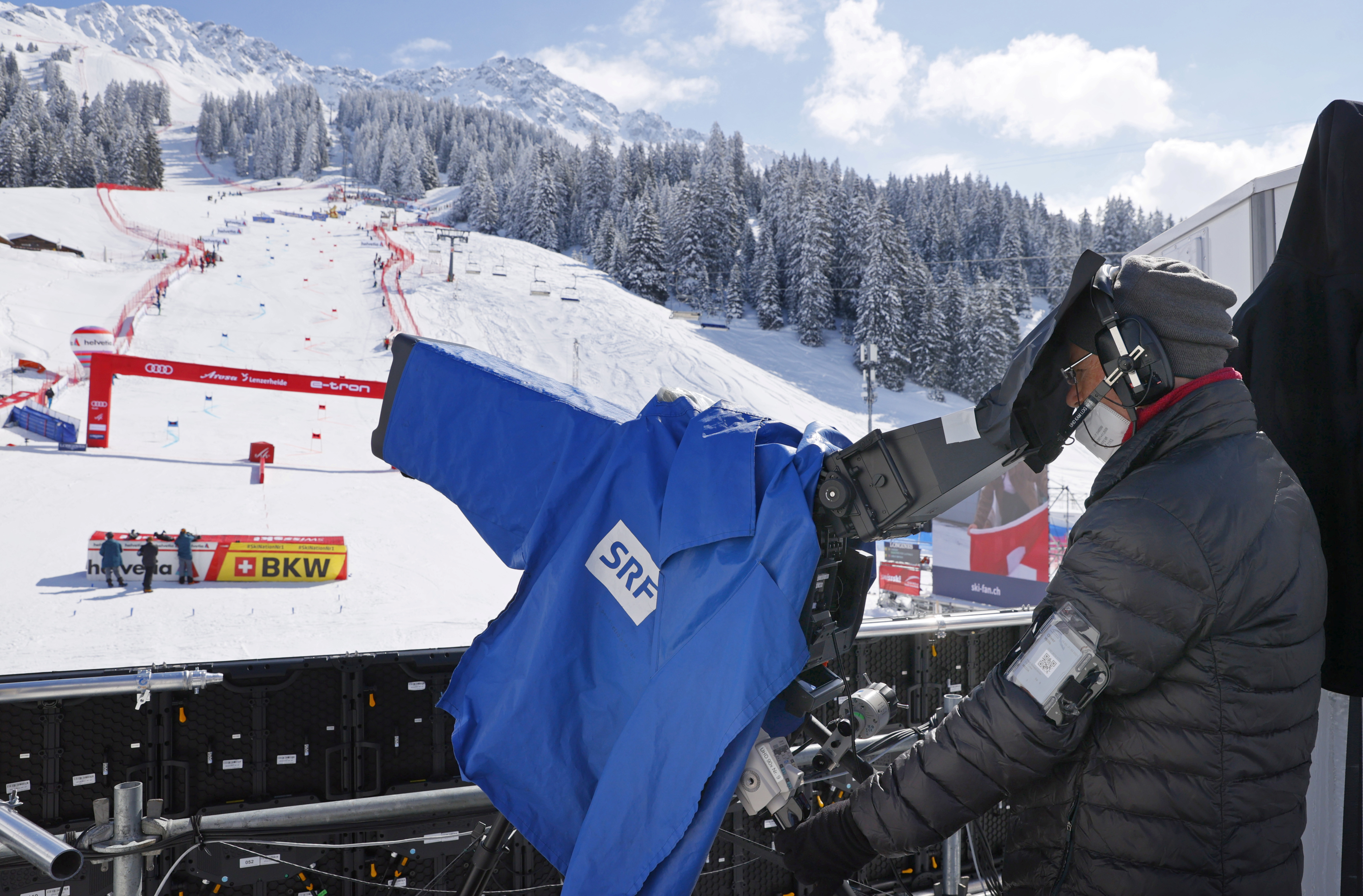 According to Infront Sports and Media’s vice president of strategic communications Jörg Polzer, the longstanding FIS partner was unexpectedly informed at the end of 2021, due to the views of the new FIS leadership, they will no longer serve as the legitimate rights-holder and consequently cannot not sell the respective rights. Polzer insisted FIS has thus far failed to outline a suitable business model and strategy for their centralized marketing approach.

“The rash and uncoordinated approach of the new FIS leadership leads to enormous uncertainties regarding the future and specifically the planning of the coming FIS World Cup season,” Polzer said, in an interview with Ski Racing Media.

“The lack of coordination with all stakeholders involved as well as the apparent ignorance of existing bylaws as well as valid and long-term contracts between Infront and the National Ski Associations on the one hand and the licensing agreements with media companies globally on the other hand are the biggest issues.”

Polzer also noted the current model has been successful for more than 20 years, and Infront currently has long-term and exclusives contracts with most of of the NSA’s that organize FIS World Cups, generally running through the 2025-26 season, and in some cases longer. According to Infront, throughout Gian Franco Kasper’s more than two decades of leadership, the current structure has enormously increased the value of the FIS World Cup commercial rights.

Citing a breach in accordance with the FIS bylaws, Infront proceeded with legal action against FIS taking its complaint to the Swiss Court of Arbitration for Sport (CAS). However, CAS ruled the international broadcast rights of the FIS World Cup are the rightful property of the FIS and if desired only FIS has the power to sell those rights.

Decisions taken in Milan are likely to not only significantly alter the broadcast rights structure, but ultimately the future strength, image and finances of the organization and its the governing National Ski Associations, all of which could trickle down and affect athletes.