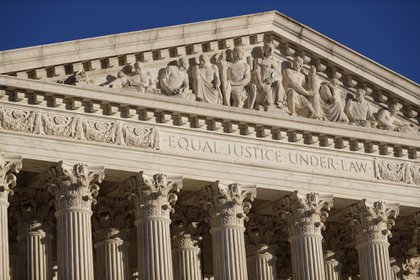 (Bloomberg) -- The U.S. Supreme Court ordered a new look at the convictions of four men, including one-time “King of Political Intelligence” David Blaszczak, in an insider-trading case involving a scheme to profit from government secrets.

Setting aside a federal appeals court ruling that had lowered the bar for bringing insider-trading cases, the justices ordered reconsideration in light of their May 7 ruling in the so-called Bridgegate case.

That decision, which overturned the convictions of two New Jersey officials in a lane-closing scandal involving the George Washington Bridge, centered on related questions about the reach of federal fraud laws.

Blaszczak, a Washington consultant and former Medicare official, was sentenced to a year in prison after being convicted in 2018 of giving two hedge funds advance word on changes to government reimbursement rates. A federal jury found that he provided the clients with tips he picked up from ex-colleagues who were still in government.

The Supreme Court also ordered a fresh look at the convictions of Christopher Worrall, who was Blaszczak’s friend and source inside the government, and Robert Olan and Theodore Huber, who at the time were partners with Deerfield Management, who traded on the tips. Each had been sentenced to at least 20 months in prison.

The men were convicted of wire fraud and conversion of government property, and all but Worrall were also convicted of insider trading. In their appeals, they argued that information about a proposed government regulation isn’t the type of “property” covered by the fraud laws at issue in the case.

In the Bridgegate case, the court unanimously said a scheme to realign toll lanes leading to the bridge didn’t qualify as an effort to take government property.

The Blaszczak trial provided a look into the political intelligence business in the nation’s capital, showcasing how former government officials can leverage relationships with ex-colleagues to give investor clients insights into potentially market-moving regulatory actions.