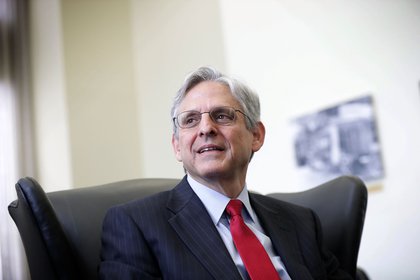 (Bloomberg) -- President-elect Joe Biden formally named Merrick Garland, a federal judge who never got a hearing on his nomination to the U.S. Supreme Court, to be attorney general as he builds his law enforcement team.

The nomination of Garland, currently chief judge of the U.S. Court of Appeals for the District of Columbia, will particularly resonate with Democrats who remember that Senate Republicans prevented him from ascending to the high court in 2016.

Biden praised the nominees as “among the most accomplished legal minds in our country.”

“They will restore the independence of the Department so it serves the interests of the people not a presidency, rebuild public trust in the rule of law, and work tirelessly to ensure a more fair and equitable justice system,” he said.

Biden will introduce the nominees at an event later Thursday.

Garland, 68, is a veteran of the legal community and Justice Department.

He first served in the department as a special assistant in President Jimmy Carter’s administration before going into private practice. He returned to the department for a brief stint in 1989 as an assistant U.S. attorney.