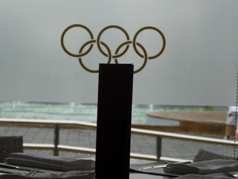 “We have nine [TOP] sponsors and hope to be 10 or 11 and we are talking to several companies. But of course because of the financial crisis we have delayed communications and we now take it a little easier,” he said.

“We agreed we would see what happens and continue talks when the signs are clearer than they are today.”

Heiberg admits the IOC was “close to signing” at least one sponsor before the financial crisis kicked in. He confirmed that the IOC is in discussions with a number of car companies but insists an automotive firm may not necessarily be the next TOP sponsor.

London 2012's decision to shelve plans to sign an automotive partner amid the economic turmoil has allowed the IOC to pursue a deal with an automobile supplier.

Asked when he expected to announce a TOP sponsor, Heiberg said: “We have enough time. We are not in a hurry and will take as much time as necessary. I have not said three, six or nine months.”

Until LOCOG signed BP as the official oil and gas partner of the London Olympics in July in a deal worth an estimated $100 million, there was widespread speculation that the IOC might strike a deal with Gazprom, the Russian energy giant.

But those intentions have been abandoned – at least for now.

“We have not talked to Gazprom for a year. Gazprom is not in the picture for the time being. In the meantime London signed BP. We may start talking to Gazprom when we get closer to the Sochi 2014 Olympics,” Heiberg told ATR.

Heiberg remains confident the TOP sponsors revenues will exceed $1 billion for 2009-2012, an increase of about 15 percent from the previous four years.

Speaking to ATR during the recent Pan American Sports Organization meeting in Acapulco, IOC President Jacques Rogge said the IOC was not panicking about the credit crunch.

And last week, in a letter to IOC members to announce his plans to run for re-election as president, Rogge made no specific mention of the financial crisis or its impacts, opting instead for a more upbeat assessment.

“The Olympic Movement is in excellent financial health. The Games revenues distributed to the international federations and national Olympic committees have increased significantly. The IOC's own reserves have tripled, enabling it to function on a long-term basis,” he said.

Meanwhile,the IOC President Jacques Rogge remains optimistic about the Olympic Movement's finances. (Getty Images)IOC's negotiations with the U.S. Olympic Committee over a new revenue-sharing contract rumble on with no end in sight.

“We are still talking to them. Whether we are closer to a deal I would not guess. Hopefully we will come to a solution,” Heiberg told ATR.

The Norwegian IOC member is the IOC's chief negotiator in a working group also including Denis Oswald, IOC member from Switzerland.

Heiberg said there was “no firm timetable” to hammer out a solution. “We are taking the time necessary and hope that at some stage we can see eye to eye on this,” he said.

The USOC is under pressure from the other 204 national Olympic committees and sports federations to renegotiate the revenue-sharing deal with the IOC. It has received more than $300 million of IOC revenues during the past four years; this figure is more than the combined total received by the other NOCs in the world. Failure to reach an agreement with the IOC in the next six months could have some negative impact on Chicago's bid for the 2016 Olympics.

With reporting from Mark Bisson.

For general comments or questions,