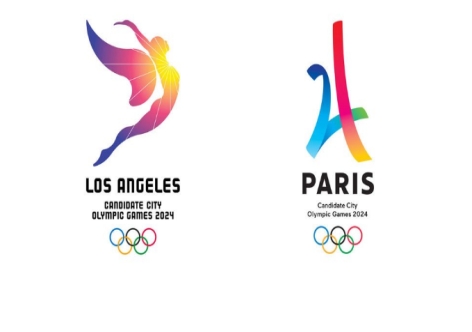 (ATR) The two finalists for the 2024 Summer Olympics may be the most qualified pair of cities to compete for the Games in years.

Los Angeles and Paris, both Olympic originals from the 20th Century, are now locked in a race to the Sept. 13 finish line at the 130th IOC Session in Lima. There are notable differences between the two, but the capacity of either city to stage the Games easily is almost without question.

Based on staff visits to the bid cities, scrutiny of bid documents and a quarter century of expertise covering Olympic bids, the Around the Rings Olympic Bid Power Index is the pre-eminent review of how the cities stack-up.

We expect to issue at least two more editions of the ATR Power Index in the lead up to Lima. What could change? The French presidential election and the efforts of the U.S. president on behalf of Los Angeles will influence the numbers. International presentations on the schedule will be a measure of the effectiveness of the messaging from each city. And let’s not rule out the totally unexpected – whether good or bad.

Both cities offer a range of accomms at nearly any price point. Los Angeles may have larger supply of private homes.

For athletes and officials, Los Angeles would provide the dormitories of the UCLA campus, a leafy enclave with top-quality, ready-to-go services. Paris proposes a new housing complex that will be built along the Seine in St. Denis, near Stade de France in the north of the city. The village would become a new neighborhood for Paris after the Games. Media Villages are planned for each city.

Which flavor do you prefer for the Olympics? The stunning style and history that permeates Paris? The atmosphere of its cafes and boulevards? Or the sun-infused lifestyle of Southern California with the Pacific Ocean on its doorstep?

Both cities offer the drabness of urban sprawl as well, but both come with diverse populations that reflect the Olympic world. Both are international centers of culture.

One of the keys to any successful campaign is a smoothly operating team capable of running an international campaign under the sometimes challenging rules of the IOC. Both Paris and Los Angeles have assembled top notch leadership that blends sport expertise with business know-how. Olympians are involved with the bids at a high level. There’s certainly a more youthful look to the leadership team of both bids.

Paris co-chairs Bernard Lapasset, former World Rugby president, and Olympic champion in canoe, Tony Estanguet, are both well-known among IOC voters. Los Angeles chair Casey Wasserman, a big player in the business of U.S. sports and media, has travelled the world in the past 18 months to raise his profile with the IOC. His co-chair is Olympic swim great Janet Evans, who is well-known to members of the IOC.

On the communications side, both bids have U.K.- based advisors with deep experience. Vero, led by Mike Lee, works for Paris. Jon Tibbs and Associates, along with Weber Shandwick, handles Los Angeles.

Both French and U.S. NOCs are involved in each bid, with the U.S. taking the edge over France on this front. There is a possibility of a change in the presidency of the CNOSF when an election is held in May. Incumbent Denis Masseglia faces two challengers, Olympic judo champ David Douillet and Isabelle Lamour, an Olympian in fencing. All three support the bid.

The Los Angeles OCOG budget expressed in 2024 dollars is $6.9 billion. The Paris OCOG budget is $4.3 billion. Both budgets are said to be balanced and include a 10 percent contingency.

Neither bid calls for major transport projects tied to the Olympics, though both cities are working on significant airport renovations to be completed well before 2024.

Los Angeles says no permanent venue construction is needed, resulting in a zero budget for construction, an Olympic rarity. Paris plans a new aquatics center; the biggest project -- the Olympic Village – will account for more than half of the $3.1 billion construction budget for the Games. Public and private financing would be used.

With the exception of the Olympic Village and aquatics center for Paris, neither city expects the legacy of the Games to be transformational for infrastructure and other edifices. Both Los Angeles and Paris speak about using the Olympics to generate sports interest among youth and provide intangible social legacies. Los Angeles, famed for the $225 million surplus generated by the 1984 Olympics that now funds youth sport activities, says it will do the same with any surplus from 2024.

Paris presents the IOC with the possibility to commemorate the 100th anniversary of the 1924 Games in Paris, so far the only Summer Olympics for France.

While 2024 would be the third time for Los Angeles, there’s a belief that the U.S. is overdue for a Summer Games, which were last held in 1996 in Atlanta.

The juggernaut of the TV and film industry combined with deep expertise in sports marketing could be a powerful combination for Los Angeles to market worldwide. Paris presents a gateway to market the Games across Europe, backed by the sophisticated communications industry in France.

LA forecasts ticket sales of $1.29 billion. Paris ticket sales are projected at $1 billion. Domestic sponsorship for Los Angeles is predicted to be $1.2 billion, $1.1 billion for Paris.

This category is the Achilles heel of most recent failed bids for the Olympics. Indeed, the reason both cities remain in the race is because Los Angeles and Paris have tied together public support with the backing of the local and national government leaders.

The two mayors are enthusiastic campaigners for their bids. LA’s Eric Garcetti, reelected in March by an 85 percent majority, may get the edge over Anne Hidalgo for his retail politics skill. But both have forged strong backing for the bid at the city and regional level.

But the strings on the neatly tied packages could unravel with the national governments. U.S. President Donald Trump is said to be fully supporting the Los Angeles bid. But the politics of the Trump presidency, especially regarding immigration policy, could undercut the U.S. bid. Known for his volatility and sometimes inflammatory Twitter rants, the dynamic of Donald Trump and the Olympic bid cannot be predicted.

The situation in France is clouded with the uncertainty of a presidential election that ends in May, just before the visit of the IOC Evaluation Commission. IOC members seem to think that a victory by National Front candidate Marine Le Pen could complicate things for the bid, especially if she takes a harsh view of current French immigration policies. Polling indicates centrist candidate Emmanuelle Macron in the early lead, but the past year of election surprises around the world shows how those polls can be off the mark.

A specter looming over both bids is the possibility of a serious incident ahead of the IOC vote in September. With France still under a state of emergency enacted after terrorist attacks in 2015, a dramatic new event in Paris in the next few months could be tough to counter. And trouble in Los Angeles will be seized as proof that the U.S. cannot guarantee the safety of the Games.

Aside from terrorist fears, Los Angeles does present the risk of natural disaster from earthquake. Hot August weather in Paris is that city’s worst natural foe.

Both Los Angeles and Paris have the dubious distinction of membership in the top 10 of a recent survey of urban traffic congestion. Los Angeles is number one, Paris ranks ninth.

Despite worries that traffic would strangle Los Angeles during the 1984 Olympics, congestion was not an issue. Bid leaders say that experience augurs well for what will happen in 2024, especially with the addition of recent improvements such as a commuter rail line.

Public transit is a key element of the Los Angeles bid, but with four venue clusters spread across a 60km swath from Los Angeles to Long Beach, rubber tired vehicles will still be an important option for all, from spectators to athletes and VIPs.

The Paris Metro and other urban rail lines make the city one of the world’s best connected for public transit. The Paris bid says 100 percent of the venues can be reached with public transport. Railways will bring visitors to Paris from across the country and continent.

The Los Angeles Airport, which was upgraded for the 1984 Olympics, is undergoing significant construction in the next few years. Charles De Gaulle Airport, ungainly and outmoded, will also be renovated ahead of the Olympics. Orly airport gives Paris a second arrival point, while there are three other airports in Southern California with substantial commercial service.

Los Angeles touts itself as "no risk" with no venues to build, not even the Olympic Village. Existing permanent arenas cover much of the need. A demountable aquatics center is the major temporary venue. Four venue clusters, each labeled as an Olympic Park, mean venues in the city of Los Angeles as well as suburbs.

Paris also relies on existing venues and plans to build one permanent venue, an aquatics center that will remain as a sports legacy. Nearly all venues are within 10km of the Olympic Village. More distant are rowing, equestrian, golf and cycling, about 30km from the village. Sailing is 800km away in Marseilles. In Los Angeles it’s 40km away in Long Beach.

The Paris plan envisions the city as one Olympic Park. It would be connected by walkways along the Seine, combining live sites, greenspace and the city’s plentiful iconic landmarks.

In a departure from past practice, Los Angeles proposes an International Broadcast Centre that’s not adjacent to the Main Press Centre. Paris proposes co-located facilities.

In LA, the bid is counting on a new TV complex that NBC will build as the IBC. For an MPC, LA proposes facilities 24km away at the University of Southern California, where dormitory rooms will also serve as a Media Village. Paris also plans for a Media Village next to the MPC/IBC, all located in the Le Bourget cluster north of the city center.