Megan Rapinoe speaks on equal pay for women in sports.

“You probably need to pick that up,” Kelley O’Hara said to teammate Megan Rapinoe on June 23. Over lunch, Rapinoe’s phone rang and across the screen the words “White House” flashed. In disbelief, Rapinoe answered the phone to hear the words, “Please hold for the President of the United States.”

President Joe Biden’s voice did, in fact, sound on the other end of the phone to notify Rapinoe she would be receiving the Presidential Medal of Freedom. The award is bestowed upon individuals who have made exemplary contributions to the prosperity, values, or security of the United States, world peace, or other significant societal, public or private endeavors.

Over the last several years Rapinoe hasn’t just made a name for herself on the soccer pitch winning two Olympic medals and two FIFA Women’s World Cup trophies, but she has also made a name for herself as an advocate for other female athletes and members of the LGBTQI+ community. The White House release specifically credited her “advocacy for gender pay equality, racial justice, and LGBTQI+ rights.”

Rapinoe was one of the key members of the USWNT who filed a lawsuit against U.S. Soccer for discrimination and the demand for equal pay. In May, Rapinoe and her teammates were able to reach a collective bargaining agreement to finally be paid equally to their male counterparts and receive the same benefits. Since that agreement was made, several other countries are now negotiating for their women’s sports teams to also receive equal pay, sparking movement in women’s sport that has not been seen on such a grand scale.

Standing alongside Rapinoe receiving this honor as only the fifth and sixth female athletes or coaches to earn the award is seven-time Olympic medalist Simone Biles. In the press release from the White House on Biles, it was stated she would receive the award for her advocacy surrounding “athletes’ mental health and safety, children in the foster care system, and victims of sexual assault.” 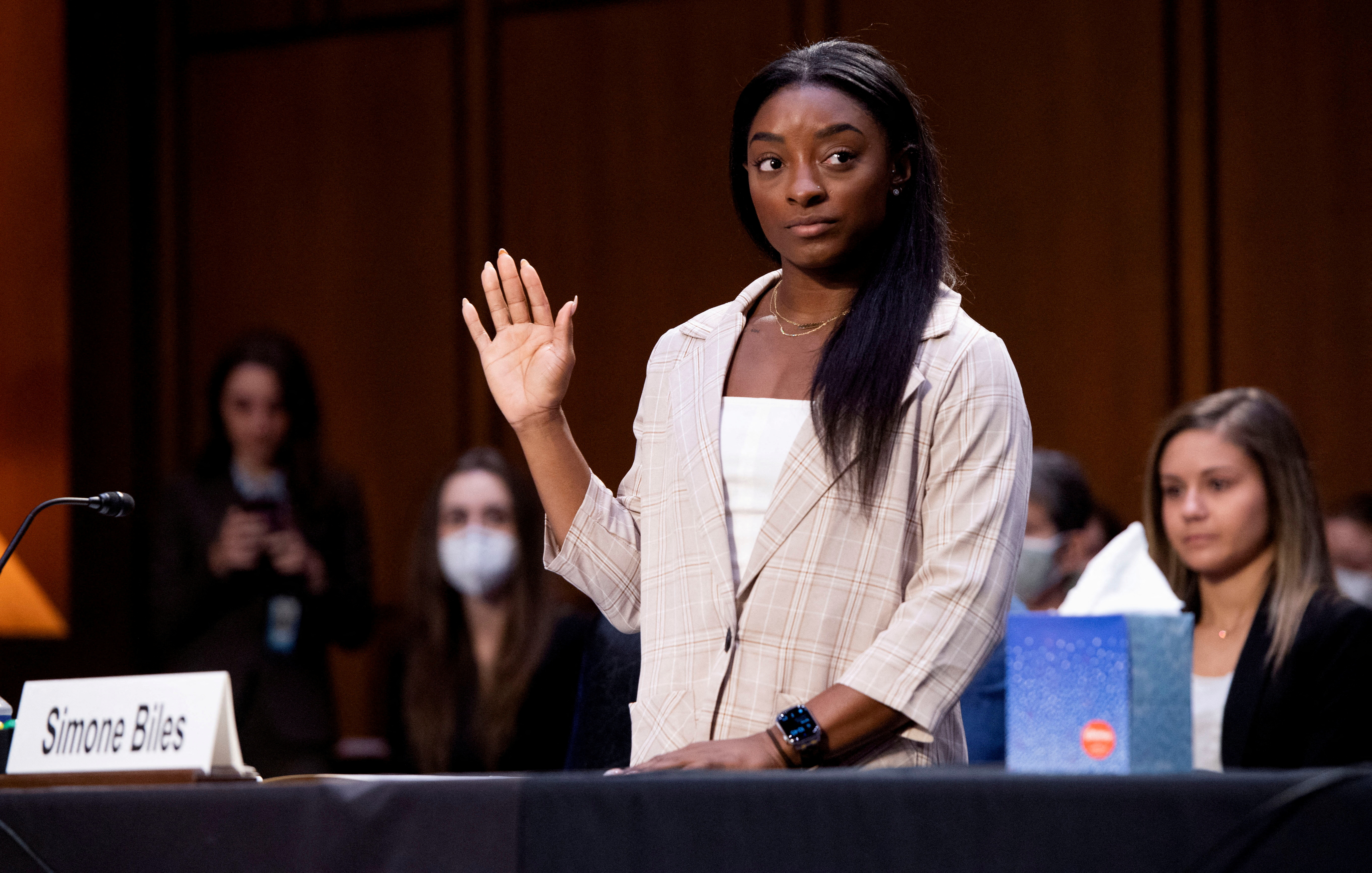 FILE PHOTO: U.S. Olympic gymnast Simone Biles is sworn in to testify during a Senate Judiciary hearing about the Inspector General's report on the FBI handling of the Larry Nassar investigation of sexual abuse of Olympic gymnasts, on Capitol Hill, in Washington, D.C., U.S., September 15, 2021. Saul Loeb/Pool via REUTERS/File Photo

During the Tokyo 2020 Olympics last summer, Biles, the favorite to win, withdrew from the all-around competition to focus on her mental health. In what was originally a controversial decision, Biles stood her ground and U.S.A. Gymnastics stood by her saying, ”We wholeheartedly support Simone’s decision and applaud her bravery in prioritizing her well-being. Her courage shows, yet again, why she is a role model for so many.”

Biles went on to receive praise and support from professional athletes all over the world including Michael Phelps and Naomi Osaka who have both suffered with mental illness in their respective sports. With so many young student athletes losing their lives to suicide in recent months, the award for her advocacy will likely be a spark within athletics to monitor athletes during all phases of training and competition.

Not only has Biles suffered with her mental health, but she was also a victim in one of the biggest sexual abuse scandals in recent U.S. history. Biles came forward and shared that she was one of the victims who suffered at the hands of Larry Nassar within the USA Gymnastics Association as he molested multiple athletes during his time with the organization and at Michigan State University. Biles and several other victims went on to receive the Arthur Ashe Award for Courage during the 2018 ESPY awards. 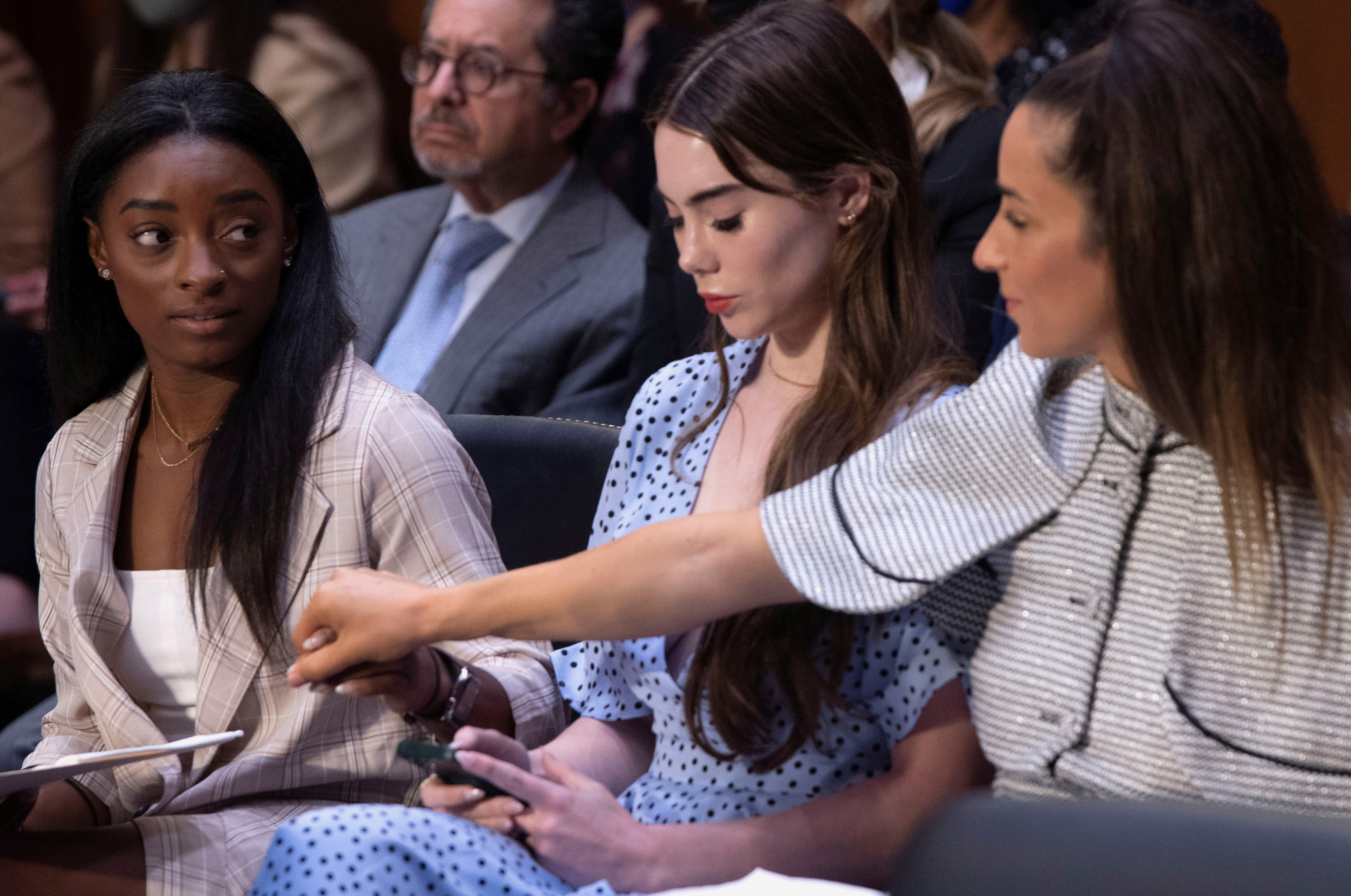 With both of these women being trailblazers in both their sports and their advocacy efforts, it comes as no surprise to see them standing among some of the greatest athletes and humanitarians of all time to receive this award since its inception in 1963. Among those athletes are Muhammad Ali, Billie Jean King, Pat Summitt, Annika Sörenstam, Kareem Abdul-Jabbar and Michael Jordan to name just a few.

While these women may be nearing the end of their athletic careers, there is no doubt great things can be expected from them long after their playing days have concluded.