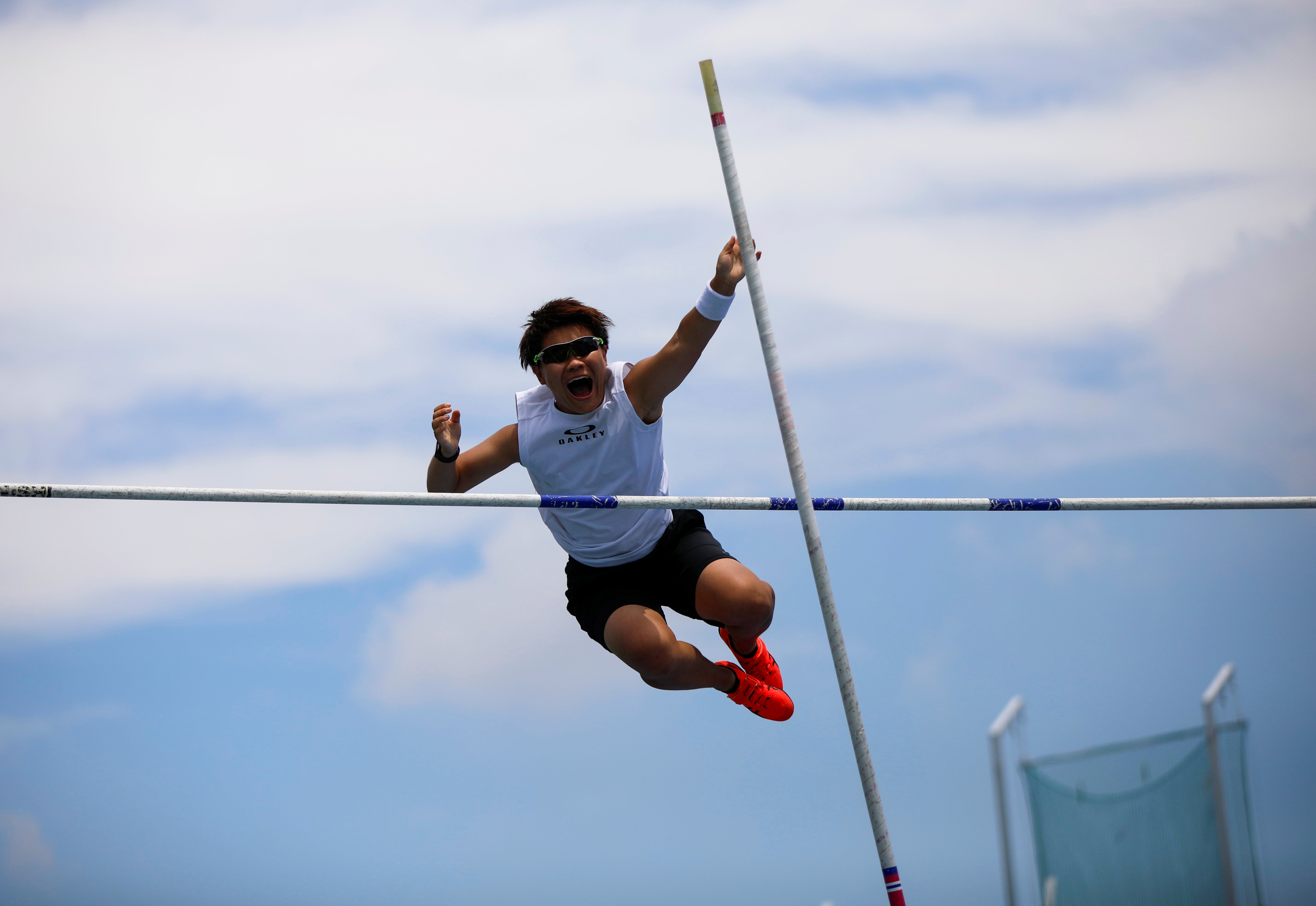 So Sato, 25, a deaf and transgender pole vaulter, works out during a camp training with other deaf athletes in Utsunomiya, north of Tokyo, Japan July 10, 2021. Picture taken July 10, 2021. REUTERS/Issei Kato

A vibrant, energetic, and festive celebration opened the 24th edition of the Deaflympics in Caxias do Sul, Brazil on Sunday. Local organizers overcame a delay caused by the pandemic, and uncertainties brought on by the Russian invasion of Ukraine, to stage the opening ceremony and open the prestigious deaf sporting event.

The conflict in Ukraine was at the forefront of festivities as the ceremony began with a call for peace. A video displaying images of warfare followed by a child imagining a dove in flight was accompanied by the message “imagination is a free world. I, you, they, we can change the world. Without noise. Peace.”

The Ukrainian delegation was also given loud cheers and a standing ovation as they marched into the ceremony venue holding a flag with the message “STOP WAR” written on it. Conversely, two delegations absent from the opening ceremony were Russia and Belarus.

Both countries were barred from participating in the Deaflympics by the International Committee of Sports for the Deaf (ICSD) Executive Board in recognition of their roles in the invasion of Ukraine. 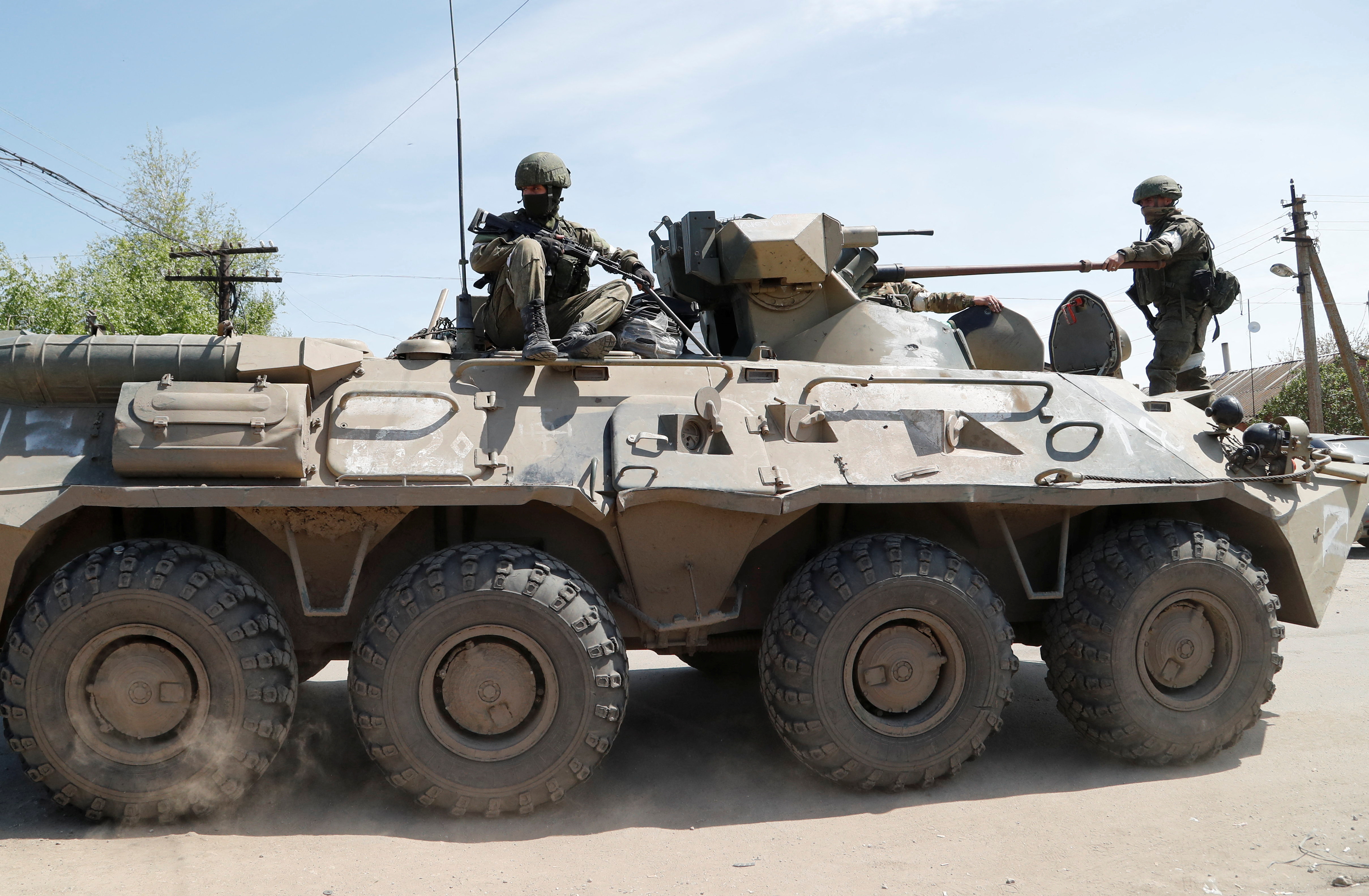 Service members of pro-Russian troops are seen atop of an armoured personnel carrier near a temporary accommodation centre for evacuees during Ukraine-Russia conflict in the village of Bezimenne in the Donetsk Region, Ukraine May 1, 2022. REUTERS/Alexander Ermochenko

The decision left local organizers in a precarious economic position only weeks out from the multi-sport competition according to the ICSD. Ultimately, it was decided to drop bowling from the sports program to cut costs and protect the legacy of the 24th Deaflympics.

Those pressing uncertainties were cast aside as athletes marched, dancers performed, and dignitaries gathered at the ceremony on Monday. However, the 24th Deaflympics were never intended to open on a Sunday in 2022.

Like many other multi-sport competitions, the 24th Deaflympics were a victim of the COVID-19 pandemic. The event was originally due to be held in December 2021 before being pushed to the current dates of May 1-15, 2022.

The pandemic wasn’t only responsible for a shift in dates, but also for tough decisions on whether or not to send a team to the event for national deaf sport bodies. Great Britain, one of only three countries to have participated at every previous edition of Deaflympics, decided not to send a delegation.

In a statement posted to their website in February, UK Deaf Sport stated it would be “irresponsible” to send a team to the 24th Deaflympics in Brazil.

They added, “a number of critical issues were raised during consultation and it was agreed that with only a few months to prepare for the Deaflympics, with a global pandemic still prevalent, and with important information on the event yet to be agreed by the organizers, the safety of the DeaflympicsGB Team could not be managed effectively.”

Nonetheless, without the participation of a storied deaf sport nation, the 24th Deaflympics became a reality on Sunday. 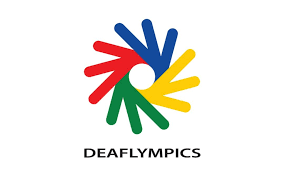 “We can write this chapter because of your hosts - Brazilian people whom we thank wholeheartedly for welcoming us and our Games. We have [the] first Deaflympics in South America!”

Perazzolo also addressed the athletes, stating, “you have arrived here after overcoming challenges, living through uncertainties.”

“As a former athlete, I know your preparation for these Games has not been easy especially due to the global pandemic. But now your moment has come and your dream is coming true.”

“Over the next 14 days, you will compete with each other but not against each other for the highest price. At the same time, you will live peacefully together with no discrimination. We are all equal regardless of what we look like, where we come from or what we believe in.”

He stressed, “the unifying power of the Deaflympics is stronger than the forces that want to divide us. Through sport, we will demonstrate the best of humanity and highlight the value of the deaf sport.”

Perazzolo concluded by noting the creation of the ICSD Athletes Commission, which will see the first elections held during the event, and by wishing the athletes in attendance the “best of luck.”

Brazil’s First Lady Michelle Bolsonaro also made an appearance at the ceremony, delivering a speech in Brazilian sign language and officially opening the the 24th Deaflympics.

The ceremony drew to a close with the entrance of the torch and the lighting of the cauldron.

Sam Kendricks out for Worlds Championships