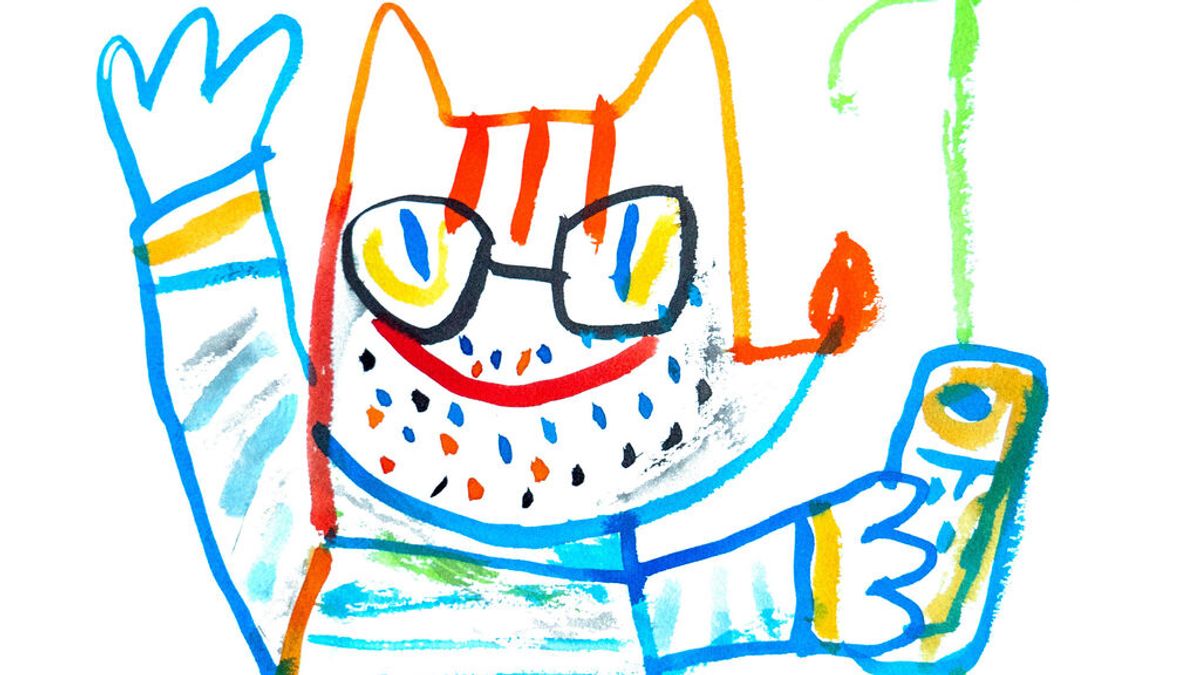 Thirty years after the Barcelona Olympic Games, the “father” of Cobi, Javier Mariscal, has updated the image of one of the most popular Olympic mascots since they first appeared in 1968.

The multifaceted Spanish designer, a native of Valencia who has lived in Barcelona since 1970, has redesigned Cobi to appear more mature, with glasses, a mobile phone and a thirty-year-old beard.

The image of the new doll was requested from Mariscal by a magazine doing a feature on the 30th anniversary of the Olympic Games in Barcelona.

International fame knocked on Mariscal’s door in 1988 when he won the Barcelona 1992 Olympic mascot contest with his proposal for a typical Catalan Pyrenees sheepdog, later called Cobi, a name based on the acronym of the Barcelona Olympic Organizing Committee (COOB).

Although his design got a cold reception at first, Cobi’s popularity grew as the Games approached. Ultimately, he ended up as one of the most accepted and commercially successful Olympic mascots.

In those days of the Olympic bustle during the Catalan summer, Cobi is remembered even on yogurt containers, with stickers of Cobi practicing different Olympic sports.

The International Olympic Committee (IOC) considered the mascot “the most profitable” in Olympic history to that date.

Mariscal set out to design a mascot that would break with the traditional image of the symbol with a sweet and friendly image. During the creation, he drew a dog, inspired by a stylized Catalan shepherd and the avant-garde trend.

“Cobi was very cute, affectionate and with a journey. He was not a super athletic and he would never be number one, but he ate bread with tomato, beer, olives... in a wonderful environment. It could be any of us” said Mariscal in an interview with Condé Nast Traveler Spain.

His light brown anthropomorphic dog, pointed ears, nose to the side with a black ball at the end and small eyes was part of the corporate image of the most important Olympic sponsors and institutional campaigns.

I asked Mariscal if Madrid wins the Olympics one day, would he be inspired to create another mascot?

“Let’s see, these jobs are done by competition. I don’t think they will call…but if they do and I win it, I will do it, that is how democracy works”, he replied.

But before that, Mariscal may have another Olympic inspiration if the Barcelona-Pyrenees 2030 Winter Olympics project wins.