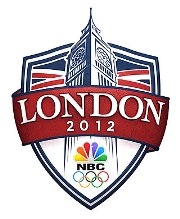 (ATR) On the celebration of USA’s birthday, NBC executives discuss how Americans will watch the London Olympics and how NBC will present them.

Alan Wurtzel, NBCUniversal’s President of Research, says attracting the new generation of viewers for the Games is imperative.

Viewership in the U.S., he says, is about 60% female and "skews older." Younger viewers lack the affinity for the Games that their parents possess due to the lack of a Cold War rivalry with the Soviet Union and other key draws from the past, according to Wurtzel.

"The fact of the matter is, everyone watches it," he claims.

"In other words, it isn’t just about the amount. Yes, [the Olympics] has somewhat of a slightly older skew, it’s somewhat of a more female skew but you’re talking about such huge numbers where it’s not a niche thing where it’s all about women or all about young men, something like that."

He noted that digital and social media have allowed the broadcaster to learn far more about its viewers than ever before, likening the data to a Pandora’s Box.

"The Olympics takes place in a media environment where essentially we know what the consumer wants. They want what they want to see, when they want to see it and basically we have to give it to them.

"The question is when you come to something like the Olympics is how do you do it in a way that enables you to retain the viewership, the mother ship – the network program – and at the same time give everyone what they want and we’ve done it wisely."

NBC first started mining data on digital media at the 2000 Olympics. At the Vancouver Games, it encountered a vastly different landscape even from Beijing 2008.

"The real problem was we knew what to do, but we didn’t have the tools to do it. It wasn’t until digital and social really began to blossom, it began in 2006 in Torino but it was very tiny, it wasn’t until 2008 in Beijing that all of a sudden the ability to consume this across some of these digital platforms that are much more relevant for younger folks.

"And that’s one of the ways we’ve been able to really foster anengagement, and then the use this was double digits more among younger viewers for Beijing than it was in Athens. I think you’re going to see that again because there’s even so much more digital content and alternative platform content to complement television."

Some of the findings from NBC’s research may come as a surprise, even to Wurtzel.

"We’re going to find out with the billion dollar lab how people are consuming this and it’ll be very interesting to see how people go across these various platforms.

"For example what we learned in Vancouver was that most of the mobile use occurred in the home. You would think it occurred outside. And about a third of the people basically used two platforms, T.V. and the internet at the same time. We also learned that the more screens you used, the more television you watched. Hopefullywe’ll have a better insight."

However, even in Sochi, NBC may have to come up with a new playbook, he notes.

In Beijing, NBC didn’t have to focus on tablet or smartphone programming as tablets weren’t widely available and smartphones didn’t command nearly the same marketshare they do now.

NBC’s marquee Olympic broadcast on the "mother ship" is its primetime broadcast of the Games, focusing on athletes’ stories and sagas. NBC executives hope to draw the lion’s share of viewers to those broadcasts.

Bob Costas, the star of what NBC executives call "the Mount Rushmore of broadcasting", says London gives NBC a gift for the Olympics.

"I think this is an obvious, overwhelming asset to us. Not only is it truly a great city with truly great sites and scenics that you can display but Americans are familiar with it. They want more of it but they’re familiar with it and they have an affinity for it. It’s made to order. It’s right there on a silver platter."

London will be Costas’ 10th Games, and he says he has had to modify little in his broadcasting style over the years for the Games.

"Some of the features may be shorter because of attention span, some of where we funnel the viewership may be different, but the way in which I anchor the Games, based on what they ask me to do, is not much different," he said at a panel on June 27.