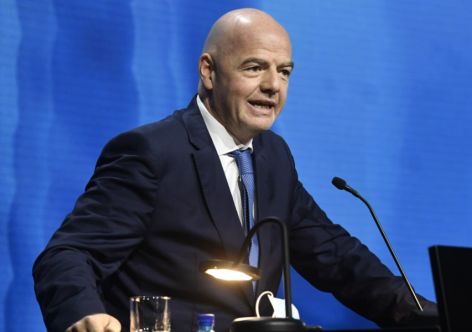 (ATR) The Swiss Federal Criminal Court rules in favor of FIFA President Gianni Infantino in his legal battle with a Swiss special prosecutor.

The court granted Infantino’s request that Stefan Keller be removed from looking into complaints made against Infantino and the former Swiss attorney general Michael Lauber following indications of criminal conduct related to their meetings in 2016 and 2017. The meetings took place while Lauber’s office was investigating alleged corruption in world soccer.

The Swiss court said Keller made comments in press releases in 2020 and 2021 that "were not presented in an objective manner". FIFA had claimed that the press releases, which focused on Infantino’s use of a private jet, were not within the scope of the investigation into the meetings.

Infantino, who is also an IOC member, has denied any wrongdoing tied to the meetings with Lauber.

FIFA, in a statement welcoming the decision by the court, added "As previously and consistently communicated, both FIFA and the FIFA President are fully available to cooperate with the authorities, whether that concerns meetings that the FIFA President had with the former Attorney General of Switzerland, or anything else."

Olivia Robinson is the new Communications Director for the Fédération Equestre Internationale (FEI), the global governing body for equestrian sports.

The 43-year-old Australian will take over from the retiring Grania Willis on June 1. Willis, who has been in the position for 11 years, will stay on with the department until December 31 to ensure a smooth transition.

Robinson, who currently is senior manager for Corporate Communications for FEI, has worked with the federation since 2006.

"I am excited to lead this new chapter in the FEI Communications Department story and am committed to supporting the FEI’s mission to drive and develop equestrian sport globally," she tells Around the Rings.

"It has been a real privilege to work for the FEI for the past 15 years, where I have had the pleasure of leading a number of global campaigns and driving the stakeholder communications effort. The equestrian world is not only welcoming and inclusive but is also forward facing and innovative. And together with my colleagues, we will continue to reflect the soul of the sport and the people at the heart of it."

Developed in agreement with the IOC, the new system was necessary due to the circumstances surrounding the pandemic.

Weightlifters must still have competed during two key periods, the first from November 1, 2018 to April 30, 2019 and the second from May 1, 2019 to October 31, 2019. But the number of events at which athletes must have competed has been reduced from six to four, reflecting the limited opportunities to compete in the third period of qualifying, which started on November 1, 2019 and concludes on May 31, 2021.

In addition, the mandatory participation in the third period has been removed from the eligibility requirements.

The calculation of the Absolute Ranking Points has been modified to reflect the changes.

IWF Interim president Michael Irani said in a statement "The revised Olympic Qualification System also stays true to the principles that brought widespread praise: clean nations will still be rewarded with the greatest possible opportunities to qualify athletes. Qualifying lifters must also have competed regularly across a significant period of time, ensuring they are subject to appropriate in-competition and out-of-competition doping controls."

Karate Qualifying Down to the Wire

Editor's note: the karate story has been updated and corrected, adding new details

Olympic qualification in karate remains undecided in most categories after the Karate 1-Premier League Lisbon.

The event, held from April 30-May 2, was the next to last chance to earn qualifying points before the Tokyo Games in July.

The last event to earn points to qualify by standings is the European Championships which will be held in Porec, Croatia from May 19-23.

The final opportunity for athletes to earn a spot at the sport’s Olympic debut is the the Olympic Qualifying Tournament in Paris, scheduled for June 11-13.

The Paris event, which will be held using the "bubble" format to combat COVID-19,gives direct qualification to the Games.

The World Karate Federation says 24 of the sport’s 80 places in Tokyo will be determined at this competition.