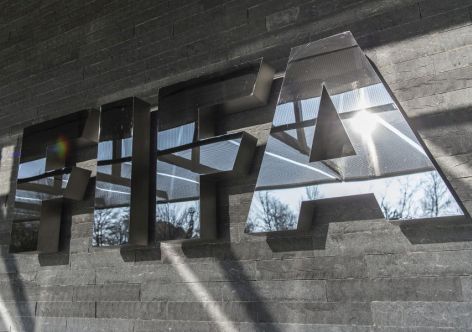 ZURICH, SWITZERLAND - MARCH 18: A FIFA sign at the entrance of its headquarters on March 18, 2016 in Zurich, Switzerland. (Photo by Valeriano Di Domenico/Getty Images)

(ATR) The heads of FIFA’s investigatory and judicial ethics chambers are being removed from their positions.

The FIFA Council, chaired by president Gianni Infantino, decided not to re-nominate Swiss prosecutor Cornel Borbely and German judge Hans-Joachim Eckert during a meeting in Bahrain on Tuesday ahead of Thursday's congress.

In their place, the Council wants Colombian lawyer Maria Claudia Rojas for the investigative position and former European Court of Justice president Vassilios Skouris from Greece to run ethics. Both will be subject to approval by the Congress.

Borbely and Eckert wasted little time in responding to their dismissal, saying in a statement the decision "will set the work of the Ethics Committee far back and is de facto the end of FIFA’s reform efforts. It must be assumed that entire FIFA will suffer from this decision in the medium and long term.

"It appears that the heads of FIFA have attached greater weight to their own and political interests, than to the long-term interests of FIFA. They have accepted jeopardizing FIFA’s integrity, and, hence, the future of the game."

Since 2015 the Investigatory Chamber has carried out 194 investigations and the Adjudicatory Chamber has sentenced more than 70 officials, according to the statement from Borbely and Eckert.

The pair leave their posts with multiple ongoing cases against football officials implicated in the widespread U.S. federal investigation of bribery and corruption still unfinished.

Borbely and Eckert, in their statement, said their successors "will have to familiarize themselves with the dossiers and the processes [which] will lead to long delays in current investigations and proceedings, and complicate the prosecution of violations of the Code of Ethics."

In March, FIFA turned over to Swiss authorities 1,300 pages of reports from its own 22-month investigation into the scandal that threatened to bring down world football’s governing body.

FIFA’s investigation began shortly after the high-profile arrests of FIFA officials on the eve of the FIFA Congress in May 2015 as part of the U.S. Justice Department investigation into corruption related to broadcast contracts and sponsorships involving North, South and Central American football.

Swiss authorities later launched their own investigation into FIFA's activities and these and other inquiries have claimed a number of the biggest names in football, including former FIFA president Sepp Blatter and his right-hand man Jerome Valcke, the ex-FIFA general secretary.

It was reported last month that French financial prosecutors have been investigating the bidding process for the 2018 and 2022 FIFA World Cups since last year.