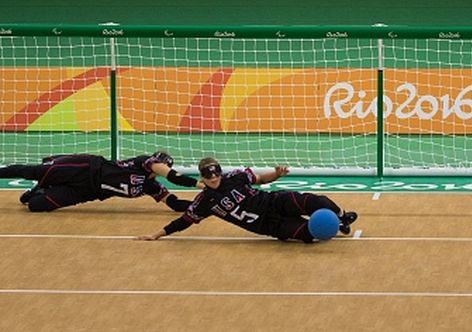 The team claims a series of flight cancellations and transportation delays caused them to miss their first two matches - one against the United States and the second Saturday evening against Israel.

IPC communications director Craig Spence says they have seen no evidence of the transportation issues and are seeking a "sensible explanation" from the Algerian Paralympic Committee.

"They are still not in the country," Spence said Saturday morning, adding they were scheduled to arrive at 4:50 in the morning but their accreditations were not validated at the airport. "IPC is still investigating and we will take the appropriate action when we can."

The team was supposed to leave on Sep. 5 from a training camp in Warsaw, Poland. Spence says that even if they did have some transportation issues they should’ve been able to get to Rio by now.

"I travel quite a lot around the world and even if you do miss a connection usually you can get there," he says. "There’s a chance that even if you caught a boat from Poland to Brazil you probably could’ve got here in time."

Spence also adds that the Algerian NPC did not inform the IPC, Rio 2016 or the International Blind Sports Association that the team was not in Rio until an hour before the match against the U.S. According to IBSA rules, Algeria will not be disqualified but the IPC is seeking information about what actions it can take to reprimand the team.

Rio 2016 spokesperson Mario Andrada tells reporters that any fans who bought tickets to the match will be reimbursed if they request it. Spence complimented the Rio 2016 sports presentation team at the venue who entertained the crowd despite the no show. Spence says the team brought children from the crowd onto the court so they could try the sport and "made the best of a difficult situation".

The remaining 55 Algerian Paralympians are in Rio and competing as scheduled. Algeria has won three silver and two bronze medals through two and a half days of competition.