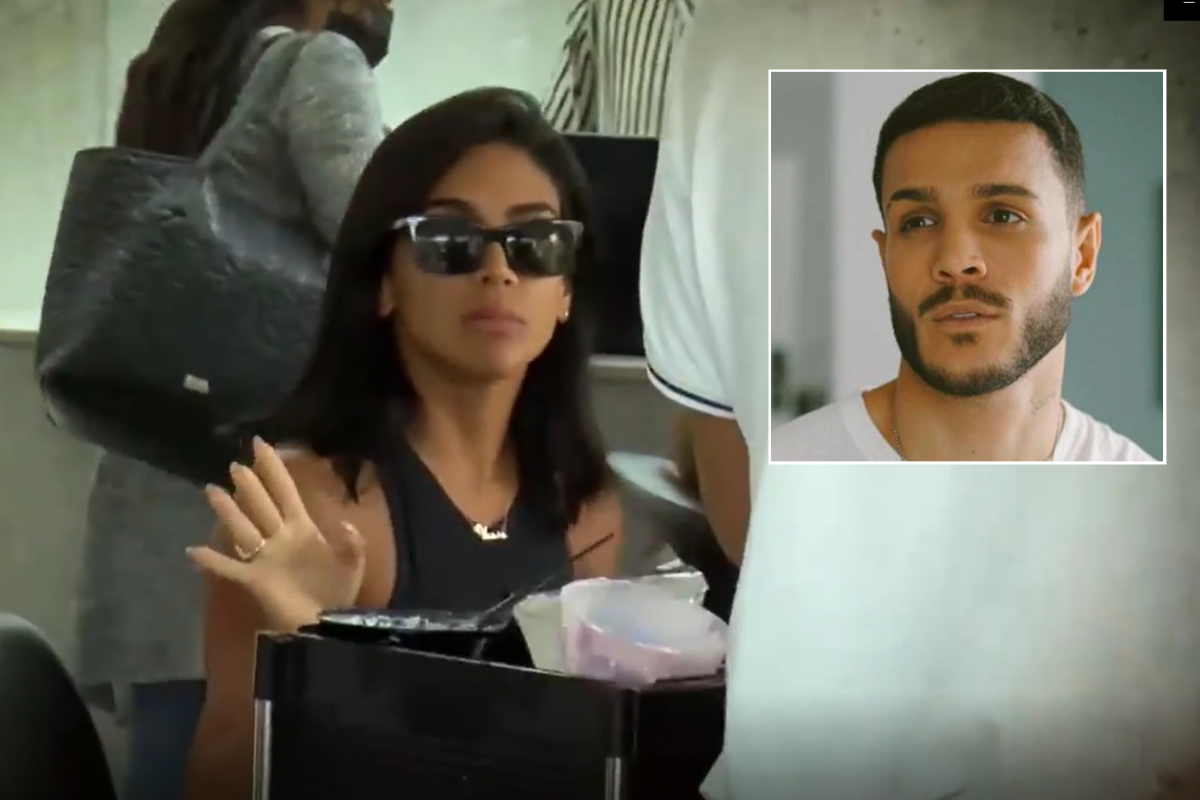 The Amor y Fuego team, a program hosted by Rodrigo González and Gigi Mitre, noticed the distance between Vania Bludau and Mario Irivarren, who kept shouting their love to the four winds on social networks. A reporter approached the model to ask if everything was okay between them, without imagining the awkward reaction of the former reality girl.

It happens that the cameras of the show caught Bludau on the outskirts of a beauty center, so they did not hesitate to ask him to clear doubts about his love situation. “Don't you suddenly want to clarify something?” , a reporter asked him, to which Vania replied that he would not, since he does not work in television and is not obliged to do so.

“No, why? Look, my love, I haven't worked on television for a long time and I don't live on TV,” he commented at the beginning. “Not that it was, I don't know. I feel like Kim Kardashian fighting with Kanye West,” she added, referring to the controversial divorce between the influencer and the American rapper.

At another time, the former Combate member came face-to-face with the Amor y Fuego reporter to make it clear, again, that she did not plan to answer any of her questions. “My love, listen to me, I don't have to answer if I'm right or wrong with someone or not because it's none of your business, ” he said.

Vania Bludau reported through her social networks that her romantic relationship with Mario Irivarren had come to an end. The model pointed out that, despite having so much love for him, she decided to make the hard decision to part for good. As you remember, the couple made their romance official in 2020.

The statement was issued just after it was intercepted by the Amor y Fuego cameras, where she was consulted about her relationship with the model, after they noticed that both no longer follow each other on Instagram and after having deleted their photos with him. It should be noted that Irivarren still keeps his images with the young woman on that social network.

“Today I was intercepted by a TV program. And I know it was my fault, because if feelings hadn't taken over me, no one would be looking for me to ask questions,” said the model at first.

“I acted badly trying to pretend in front of the camera and I don't think it worked out well. I'm sorry. Making these public announcements of such a personal issue is tedious and sad but it is the right thing to do 'it is supposed',” the young woman added and later confirmed her breakup.

“I made the difficult decision to end the relationship I had, even though there is a lot of love on my part. I will not give any details, nor any old speech and I sincerely hope that my decision will be respected,” Bludau concluded, not without first thanking those who read the statement. 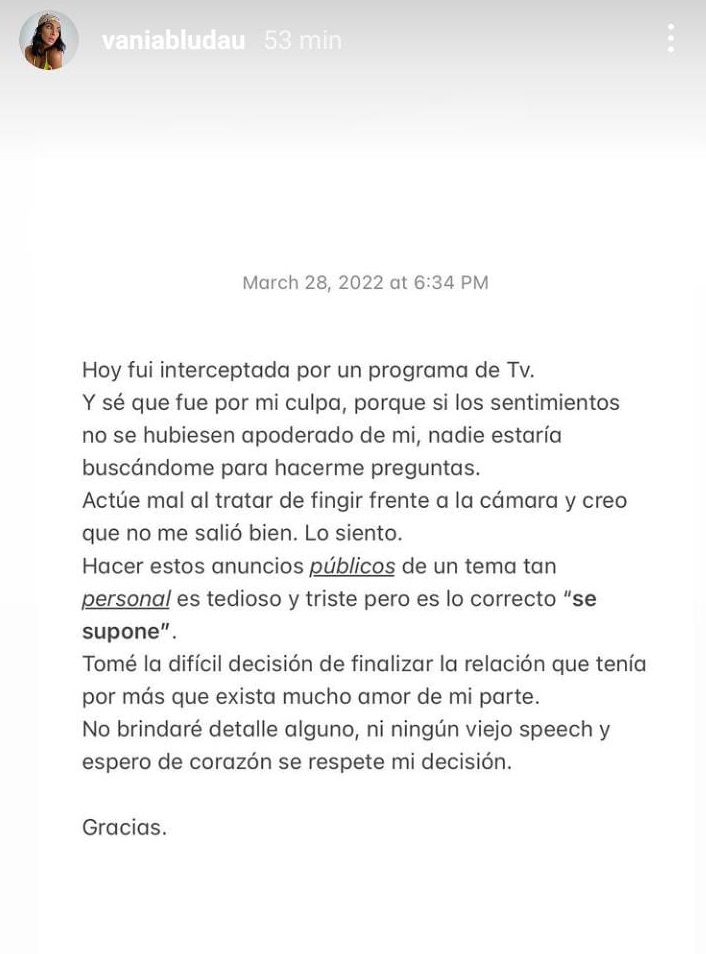 Vania Bludau reports that she ended up with Mario Irivarren. (Photo: Instagram)

WHY DID HE END UP WITH MARIO IRIVARREN?

So far it is unknown what the reasons for their separation were. Their breakup has amazed their followers, as the couple were quite close on social networks. After the statement, Mario Irivarren preferred to remain silent and has not published anything about their breakup.

Andy Polo did not reach an agreement with Génessis Alarcón: This was all that happened at the conciliation meeting
Sofía Franco reappears with Álvaro Paz de la Barra in political campaign and Magaly Medina explodes: “What a greater hypocrisy”
Manolo Rojas reveals that Andrés Hurtado hasn't finished donating the $2000 to Monique Pardo: “He gave an initial”