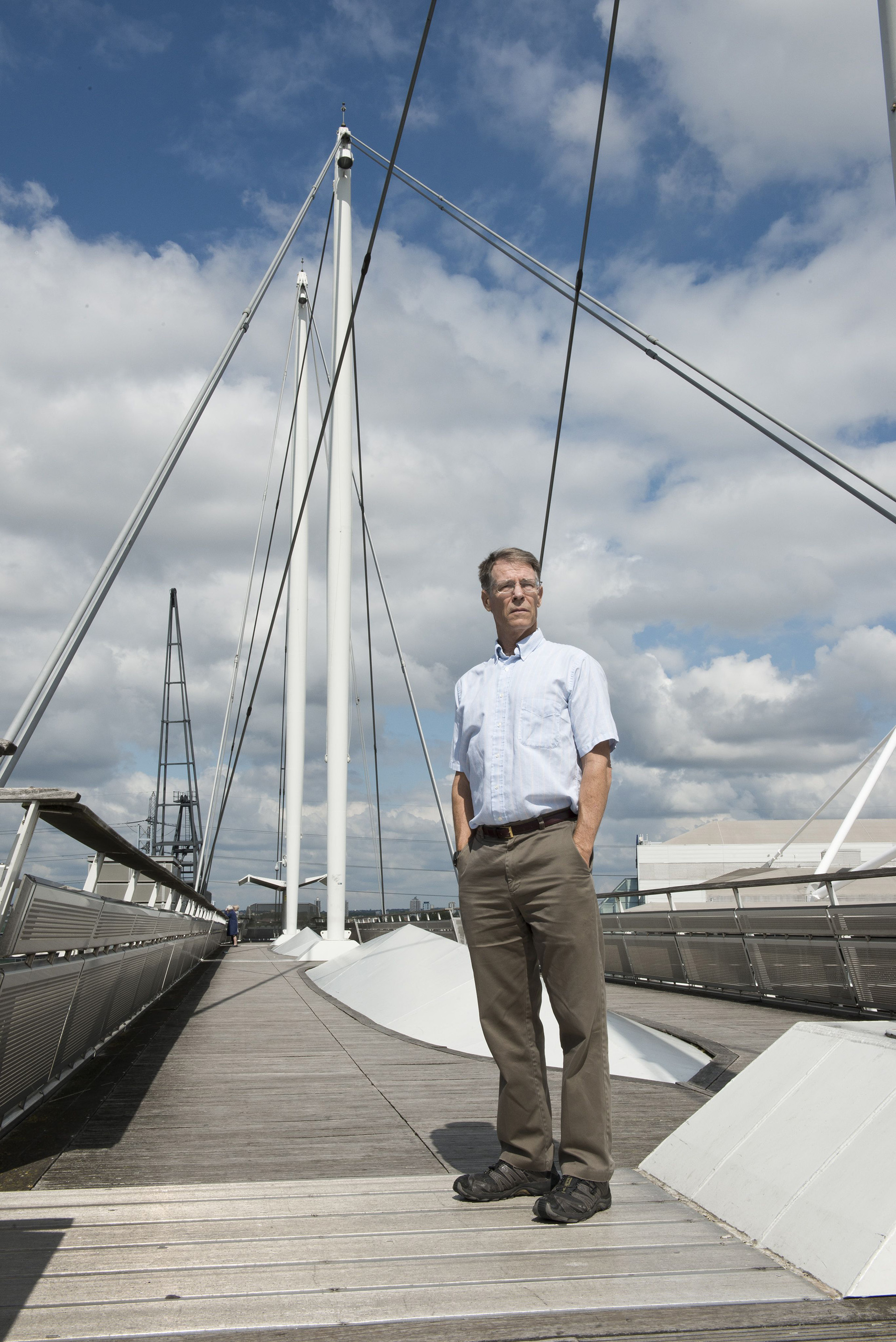 Describing Kim Stanley Robinson with a single label is easy and unfair. He is one of the most prolific science fiction writers, essayist and one of the most renowned activists against climate change. Born in Waukegan, Illinois, in 1952, he began publishing novels in 1984. His work has been described as “humanist science fiction”, according to the unofficial website KimstanleyRobinson.info.

He is the creator of The Ministry of the Future, the fruit of his imagination and, above all, of his long and exhaustive research on the progress of our planet and the evolution of climate change, which make his latest story a reliable documentary and a cry of alarm because “we can still avoid an event of mass extinction”.

— How have these months of pandemic happened?

“I'm fine. I spent the months of the pandemic at home with my family, writing and gardening.

— What lessons or experiences have you learned from Covid-19?

“I have discovered that I don't like business trips very much and I will do much less. The home is fine.

Do you think they are the same as those obtained by most people in our countries? And for our political and business leaders?

“I don't know. There is no way of knowing how others have been affected. I think we have learned that we are vulnerable to disease and that we are part of a biosphere that we must take care of, if it is going to take care of us. The future will be full of surprises, and we must stand in solidarity with each other and work hard to reduce our impacts on the biosphere, including burning coal, but also everything else. 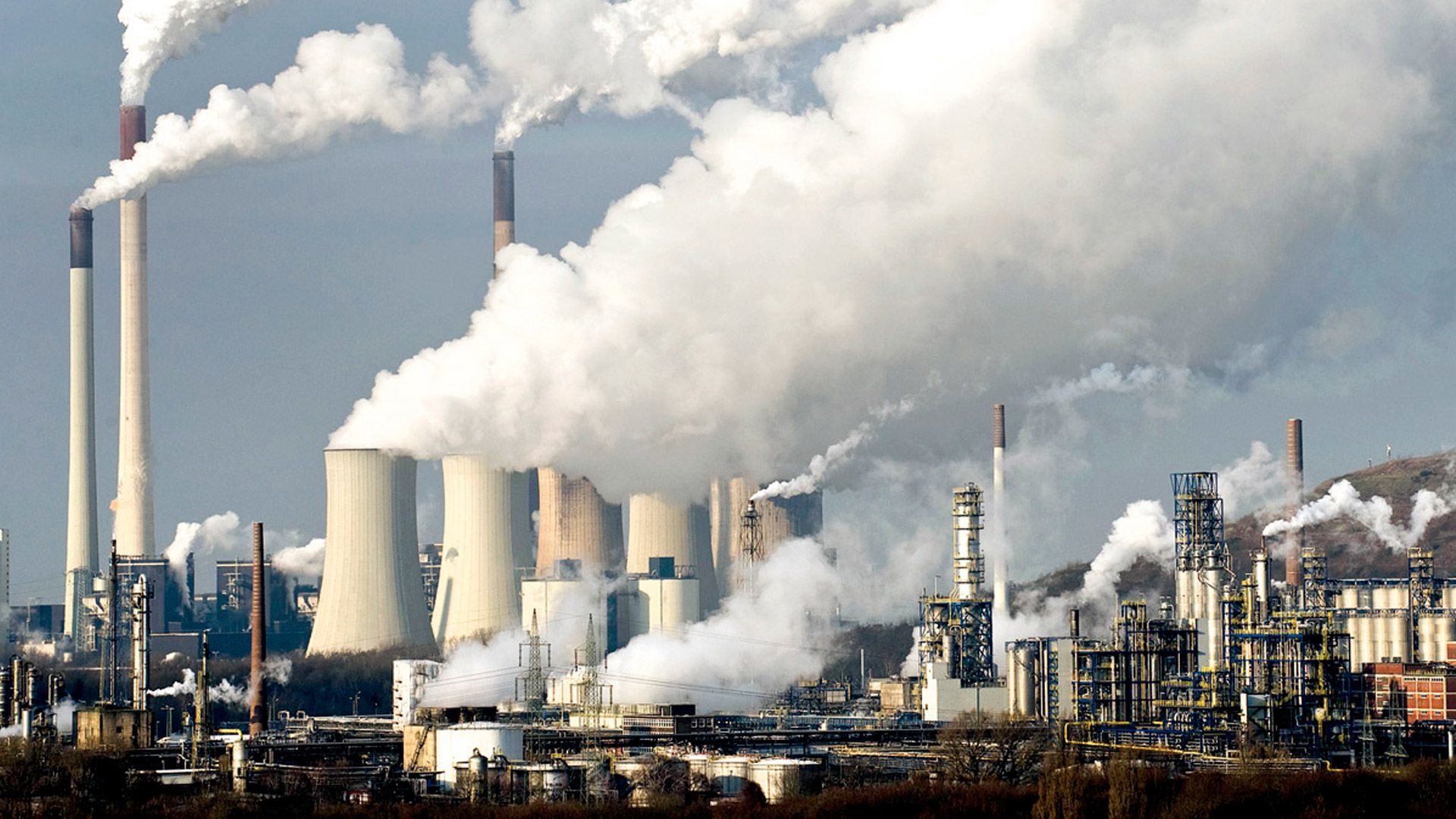 - Do you maintain your utopia? Will the future be better than this present, marked by climate change and imbalances?

“This is an open question, it depends on what we do now. Utopia or dystopia is never pre-established, although it is true that we are about to start with negative climatic effects that we will not be able to recover from, and extinctions are forever. So it's a time of great danger.

What do you think are the main problems facing humanity today?

—Life in the nation-state system and capitalism, both poorly designed to cope with the emergence of the biosphere. Especially capitalism, that is the main problem we face today, the system by which we govern ourselves is bad.

“Are we in time to correct ourselves?

“Yes, we can still dodge a mass extinction event. But time is short. Besides, the risk will never go away.

What tasks should we tackle to achieve a sustainable future, in which inequalities and imbalances are not the general norm in global society?

“We have to force our political representatives to legislate for biosphere health and human justice. We have all the plans and technologies, but funding them and making them a reality is going to be difficult.

— To what extent does our memory condition the future and, therefore, limit us when it comes to proposing a model of coexistence different from the one we know?

“We shouldn't frame it as radically different, but we do need to use the tools we have now at our disposal to change quickly.

— Do you trust humans to implement the agenda for change?

What is your opinion of the 2030 Agenda and the United Nations Sustainable Development Goals?

“I like them, but they also show what we could do if we were serious and didn't let the market decide what to invest our time and efforts in. In other words, the SDGs were achieved — in part — out of charity, not by the proper functioning of capitalism. That they have been achieved shows that if we take goals seriously and if governments take over finances to direct money towards good projects — such as decarbonization to avoid mass extinction — we could do good things. 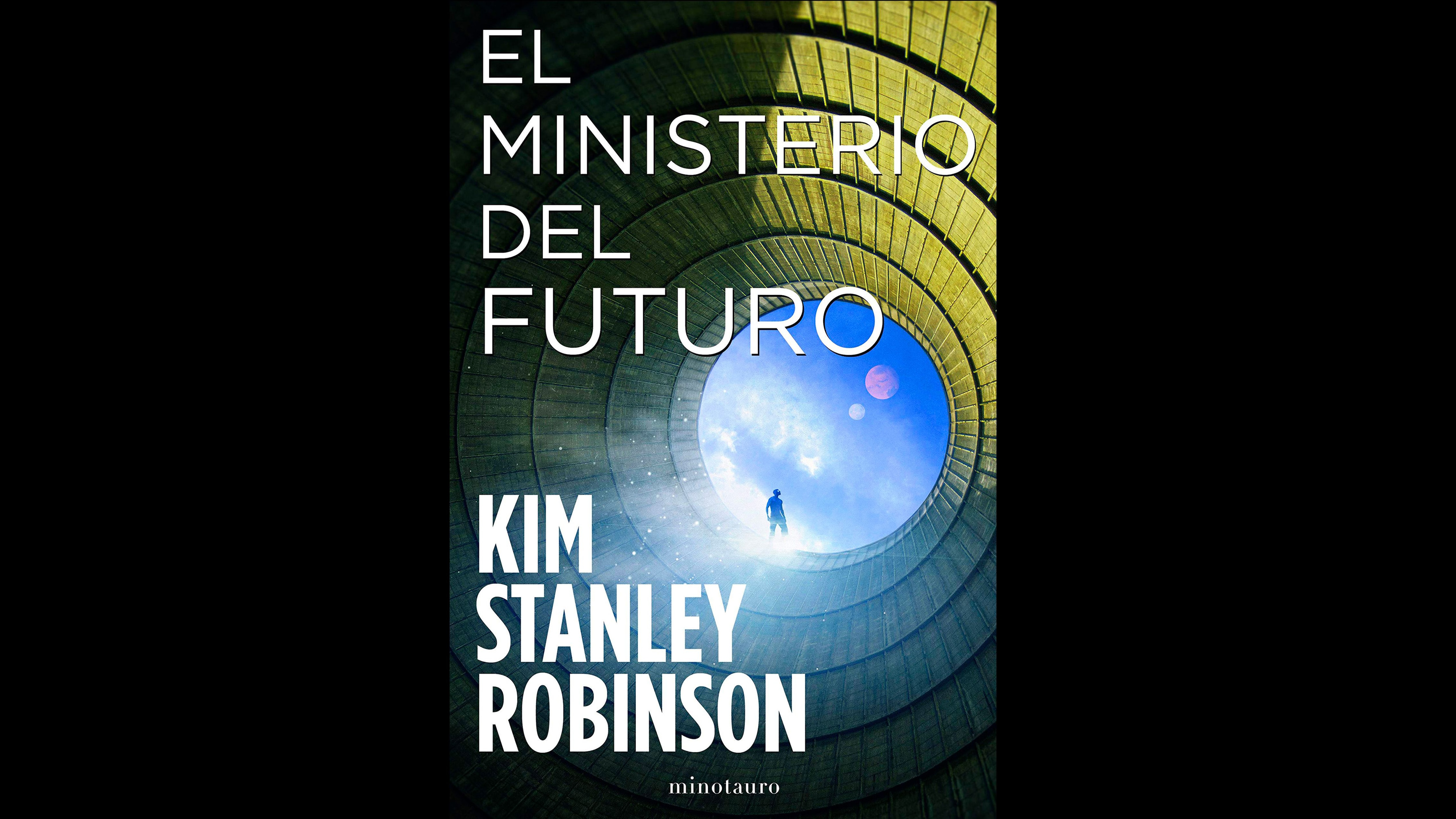 “The Ministry of the Future” (Minotaur), by Kim Stanley Robinson

— Are they valid for an increasingly digital society?

“Yes. We're not that digital.

—Machines can work according to algorithms based on universal consensus, such as human rights or the Sustainable Development Goals. Would it be easier to let machines govern us by these principles?

“We make and program the machines, so we are still the ones who decide. Writing better algorithms and better laws is a big part of the work we need to do. Laws and judges are very important and powerful in the rule of law. Laws are algorithms by which we abide and the courts decide whether laws conflict or are insufficient.

Why do you think that the debate about the ethics of artificial intelligence is so frequent, but we don't consider the ethics of aviation or automobiles or so many other activities linked to the constant consumption of earth's resources?

—Artificial intelligence is a phrase that we use to indicate science itself. We, as individuals, recognize that together we do greater things than anyone could: that is AI. So we debate their ethics because we feel the power of science. That question doesn't arise when you think about cars or jets.

—Everything seems to indicate that robotization and automation lead us to a world without work.

“No way. Why do you think that? Robots and automation can only perform very specific robotic tasks, nothing more. Humans do all the real work building these robots, maintaining them, and so on. Humans are the best robots of all, and there is more work to be done to save and maintain the biosphere than people to do it. In reality, it is the reverse problem, because the population will decrease and we will reach full employment while we try to cover all the jobs that need to be done. 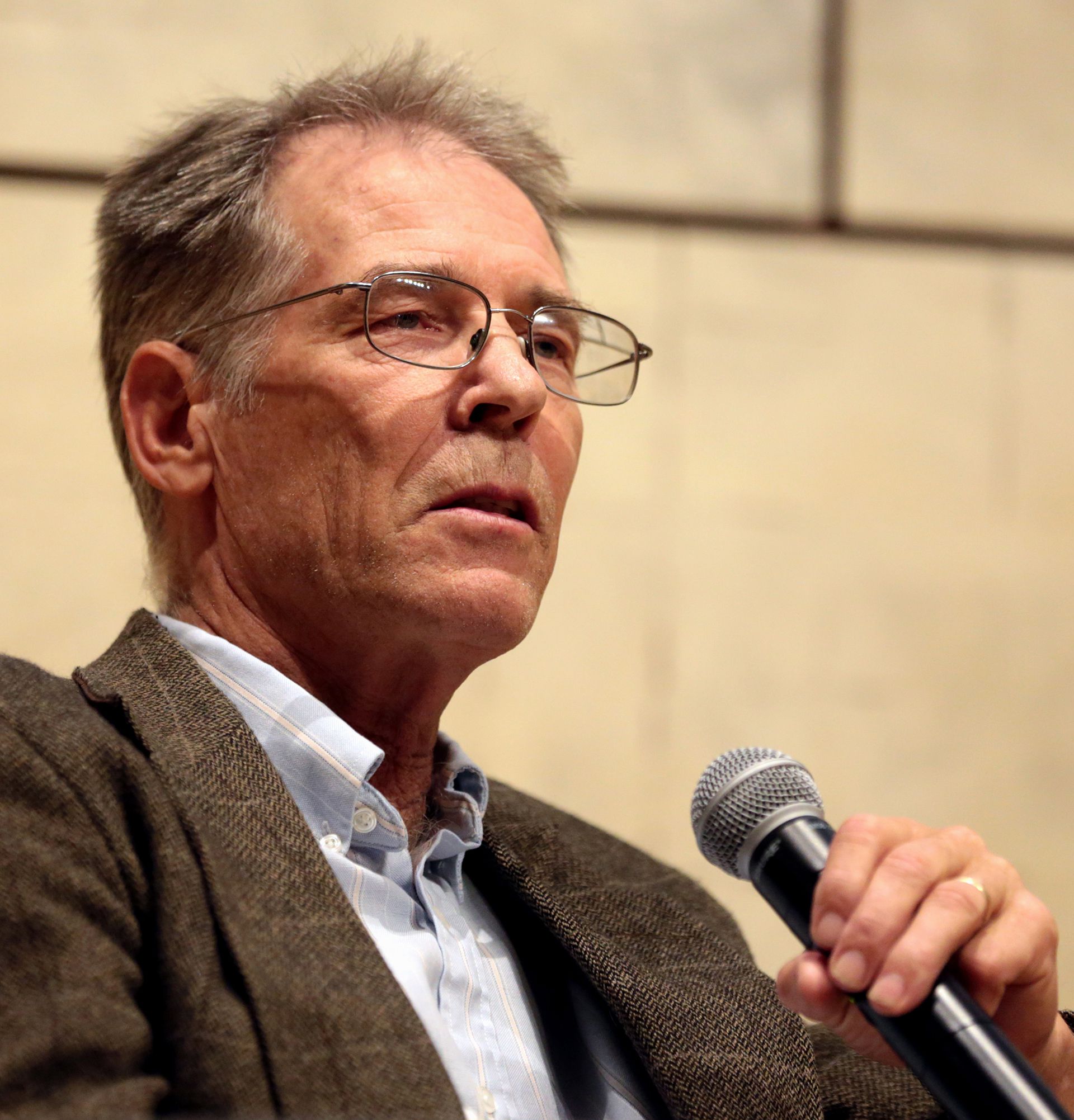 Do you think that humans are ready to live without work being the only thing that gives meaning to our lives?

“It's not a problem.

— Do we need a Ministry of the Future?

— A supranational organization that marks the future of humanity in a balanced and fair way? Do you consider it viable?

“Maybe. We have to hope that the Paris Agreement will become that.

- Dependent, for example, on the UN?

—Possibly the UN could be the platform for stronger treaties. The great powers such as the United States, China, Russia... are determined to dominate the future of the planet with AI and also other planets such as Mars. Also the transhumanists, or some of them, dream of conquering other planets. He doesn't believe every science fiction story there is. Each project must be judged separately.

—Gerd Leonhard told us at Telos about a Global Ethics Council that will set priorities for the future to avoid environmental, social and humanitarian dystopia. Do you share such global initiatives?

—It would be better if the G20 agreed on common policies and applied sanctions for non-compliance.

— What is worse in the Anthropocene or the Capitalocene?

—The Capitalocene is bad by definition because capitalism is a power relationship of a few over many. The Anthropocene is here, but it could be done good or bad. We are very clearly in both of them now. The project is to end the Capitalocene and make a good Anthropocene.

— Can you briefly describe what the immediate future will look like?

—In 2008, Time magazine declared him a “hero of the environment” for his “optimistic vision of the future”. Is it still recognized in that award? In that description?

“I'm sure it's okay. I don't think it's important, it was just a Time magazine article trying to draw attention to people who do a good job. Good for that time.

“I don't like to think that I've given up, but that I'm realistic. We have to live, we have to leave our children a world where there are still animals and give them the opportunity to live. It is not asking too much” (The Ministry of the Future, p. 257).

This interview was originally published in issue 118 of Telos Magazine of Fundación Telónica.

*Juan M. Zafra is an associate professor in the Department of Journalism and Audiovisual Communication and director of Telos Magazine, Carlos III University

Originally published in The Conversation

Anthropocene: a geological era tailored to the whim of humans?
“A generation awakens”: what is the fight against climate change among young people
Maristella Svampa: “The Government suffers from developmental blindness, we must get out of environmental illiteracy”