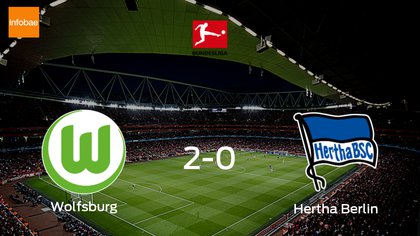 Wolfsburg strolled past Hertha Berlin with a 2-0 win on Saturday at The Volkswagen Arena. Wolfsburg were looking to continue their run, following a 3-0 victory against Arminia Bielefeld. Hertha Berlin, on the other hand, lost 3-0 in the last match they played against RB Leipzig. Following today's result, Wolfsburg and Hertha Berlin sit 3rd, (45 points) and 15th, (18 points), in the league respectively, after 23 matches.

It was an impressive opening from Wolfsburg, beginning with Lukas Klunter opening the scoring, 37 minutes in, finalising the first half with a 1-0.

Wolfsburg continued to pile on the pressure the second half and were rewarded, thanks to Maxence Lacroix opening the scoring just before the final whistle, sealing a resounding 2-0 victory for the home side.

Wolfsburg will next travel to Hoffenheim, while Hertha Berlin will face Augsburg at home.