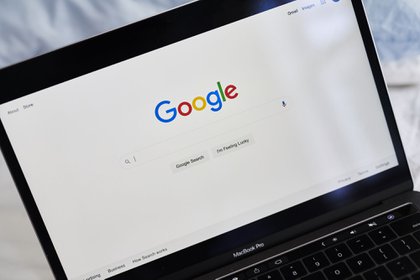 The Alphabet Inc. Google search page is displayed on a laptop computer in an arranged photograph taken in the Brooklyn Borough of New York, U.S., on Friday, July 24, 2020. Alphabet Inc. is scheduled to release earnings figures on July 30. Photographer: Gabby Jones/Bloomberg

(Bloomberg) -- Google is seeking to allay concerns voiced by publishers and advertisers over planned privacy changes to data collection from online ads that have attracted antitrust scrutiny in Europe.

The Alphabet Inc. unit upended the advertising industry with its decision last year to phase out third-party cookies that help advertisers pinpoint customers with ads for websites they previously visited and monitor which ads convinced them to buy.

But in a blog post on Monday, Chetna Bindra, Google’s group product manager for user trust and privacy, said the changes should allow advertisers to see similar results to cookies to track whether an ad has been effective.

Advertisers could expect to see “at least 95% of the conversions of dollar spent” from the company’s “federated learning of cohorts” compared to cookie tracking, Bindra added. Advertisers were encouraged to test the technology in the coming months.

Publishers and advertisers have complained that tighter data restrictions would make it harder for them to generate ad revenue. Google has previously said the changes are “the right thing for privacy and the industry as a whole.” The European Commission and the U.K.’s Competition and Markets Authority are looking at the matter.

Google’s Chrome is used by the majority of internet users and the changes will be followed by browsers based on Google’s Chromium technology such as Microsoft Corp.’s Edge.