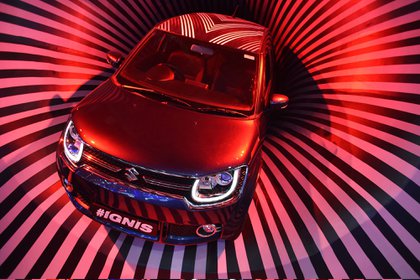 (Bloomberg) -- Electric-vehicle sales should overtake gas guzzlers in India by the end of the decade as prices become more aligned and infrastructure and technology improves, hopefully with help from the government, according to Mahindra & Mahindra Ltd., one of the country’s biggest automakers.

While authorities can assist in terms of cost parity for EVs, in India it’s “difficult for the government to justify subsidizing cars for the rich,” Mahindra Deputy Managing Director Anish Shah said in an interview with Bloomberg Television broadcast Monday. “We have to find technology advances faster.”

The government will have to play a significant role in developing infrastructure for EVs, he said, adding that the technology side -- charging times and driving ranges -- is “moving fairly rapidly already.”

“In three to five years’ time, we will have modern electric platforms in India” and cars with internal combustion engines will start to be phased out, Shah said. “2030 is what we see as a tipping point where electric will overtake ICE engines in terms of sales.”

For now, Mahindra is focusing on larger sports utility vehicles and pickup trucks, a “reasonably large segment to drive scale,” Shah said. The company’s new Thar SUV is proving popular, with a nine-month waiting list, according to Shah. “A changing dynamic we are seeing of consumers wanting to go out with nature a lot more and that positions our SUVs very well.”

Mahindra reported its first quarterly loss in nearly two decades last year as an economic slowdown in India squeezed purchasing power. Rural India was resilient thanks to demand for farm vehicles and equipment, and Shah said this was likely to continue being a growth area for the company.

Mahindra has a 43% market share of India’s tractor market and sees “a lot of opportunity for growth” in the farm implements business, which is still nascent in the country, Shah said. Its unlisted entities are well positioned to expand, in areas including used cars, rural housing finance and supply-chain consulting, he said.