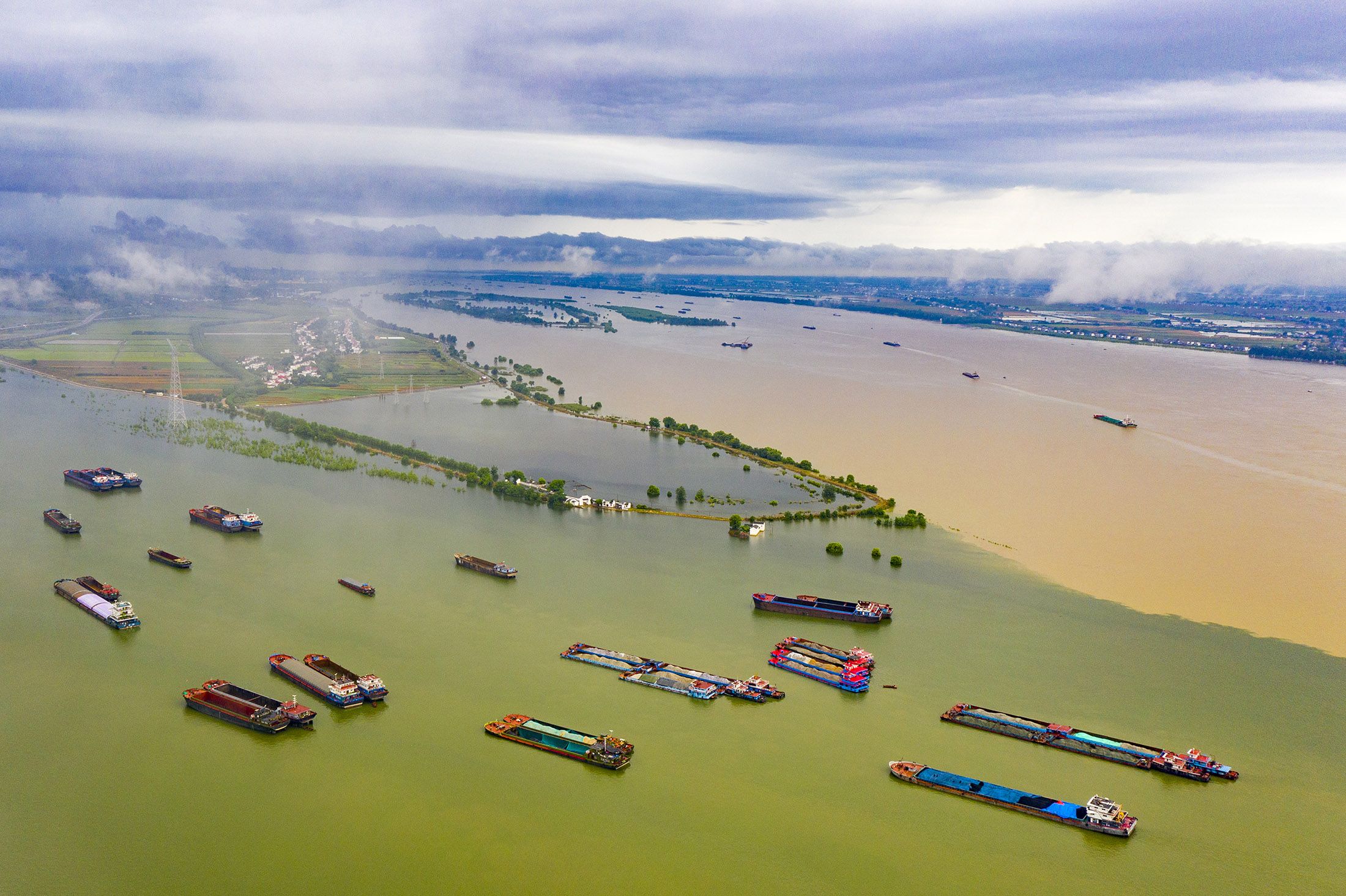 In the four months since China’s President Xi Jinping pledged that the country would be carbon neutral by 2060, its climate researchers have been busy making road maps. A long-awaited carbon market is finally about to kick off, and companies have begun announcing plans to zero out their emissions of planet-warming greenhouse gases.

Earlier this month, the eastern Jiangxi province revived plans to build a dam that would regulate the flow of the Poyang Lake, the country’s largest freshwater body and an important resting area for birds. The project had been mothballed for a decade, with conservationists warning that it would alter natural water flows between the Poyang and the Yangtze River, further harming an already fragile ecosystem. The local government says the dam would alleviate worsening droughts in the Poyang, in part caused by the Three Gorges Dam located upstream on the Yangtze.

The surprise decision to move ahead with the Poyang dam came two months before a law protecting the Yangtze comes into effect, spurring speculation among activists that the Jiangxi government wants to get construction started before the new rules ban such projects. In its notice seeking public feedback, the Jiangxi government couched the project in slogans associated with Xi’s green push. It said the dam would “adjust the interactions between the lake and the river in a scientific way” and “protect the environment.”

The controversy around the project epitomizes a common problem China’s central government faces when it tries to implement ambitious reforms. Far away from Beijing, it’s easy for local officials to pay lip service to new directives while continuing to pursue policies that generate short-term economic growth for their regions at the expense of the environment. Without the right incentives and fiscal support, Xi’s 2060 pledge risks becoming a burden for local governments already struggling with mounting debt.

It’s harder for big companies and state-owned enterprises to get around the central government’s policies, but that hasn’t stopped them from lobbying hard against changes that could hurt their business interests.

In a recent article published by a magazine owned by the Ministry of Water Resources, Zhang Boting, deputy director of the China Society for Hydropower Engineering, argued against restricting dam construction along the Yangtze River to protect the environment. Doing so would run counter to the 2060 net-zero goal, he said, because expanding hydropower is key for China to reduce emissions. While using water to generate power doesn’t cause carbon emissions, the creation of dams can release large amounts of trapped carbon, not to mention do irreversible damage to the surrounding ecosystem and reduce biodiversity.

After Xi announced the 2060 goal, major companies including China Baowu Steel Group have shown their support by releasing net-zero plans for the first time. But many proposals consist of vague promises rather than concrete measures.

Take, for example, China National Offshore Oil Corp, the largest offshore oil and gas producer in China. It followed Xi’s speech with a statement earlier this month that it’s working on a plan to reach peak emissions. It wants to do so largely by increasing natural gas production and developing what it calls “green oil fields,” indicating that it doesn’t intend to meaningfully move away from fossil fuels anytime soon.

“It’s like putting old wine in new bottles,” said Li Shuo, a climate analyst at Greenpeace East Asia. “The local governments and industries know they have to respond by vowing to do something green, but what they actually do is misinterpreting these goals to suit their own agendas.”

How China bridges that gap between the central government’s policies and their implementation on the ground will determine its success in delivering on its Paris accord commitments and carbon neutrality target. Discussions on the next five-year-plan, which will lay out China’s path for 2021 to 2025, are in full swing ahead of the country’s annual legislative meeting in March.

“Now is a key time as China is rolling out its 14th five-year plan and local governments and industries are keen to secure their interests for the next few years,” Li said. “I’m concerned there will be many instances of greenwashing and that environmentally damaging projects are carried out in the name of environmental protection.”