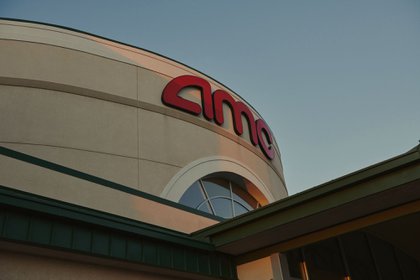 (Bloomberg) -- AMC Entertainment Holdings Inc. said it was no longer at risk of a bankruptcy filing after assembling $917 million of fresh financing, continuing its fight to fend off the effects of Covid-19 on its theater business.

“Any talk of an imminent bankruptcy for AMC is completely off the table,” AMC Chief Executive Officer Adam Aron said.

The deal includes a loan of 400 million pounds ($547 million) to its U.K. subsidiary Odeon Cinemas Group Ltd., which will refinance a 100 million-pound revolving facility and provides 300 million pounds of liquidity. The transaction is subject to the consent of Silver Lake Management, majority holder of AMC’s convertible notes due 2026.

Theater chains have been hard hit by government-mandated shutdowns during the Covid-19 pandemic. While some locations have been able to reopen at limited capacity, many moviegoers have been reluctant to attend. The problem has been compounded by studios delaying major releases that drive ticket sales.