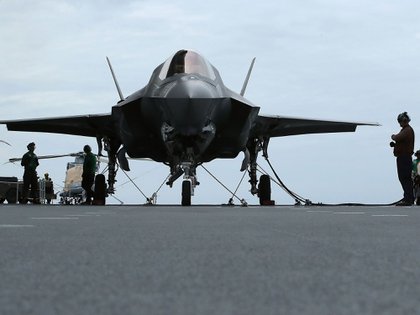 (Bloomberg) -- The United Arab Emirates finalized the purchase of up to 50 F-35 jets and 18 drones from the U.S. before former President Donald Trump left office.

Letters of Agreement were finalized on Tuesday, according to an emailed statement from the UAE’s Ministry of Foreign Affairs.

Before his exit from the White House, Trump issued an order exempting the UAE -- which accounted for about a tenth of U.S. aluminum imports last year -- from 10% tariffs his administration implemented in 2018. The order instead placed quotas on the Gulf nation, saying imports would have to remain close to historical levels without meaningful increases, language similar to that used when quotas were placed on Canada last year.

The UAE normalized ties with Israel in August, an historic agreement that Trump brokered and touted as one of his most important foreign-policy successes.