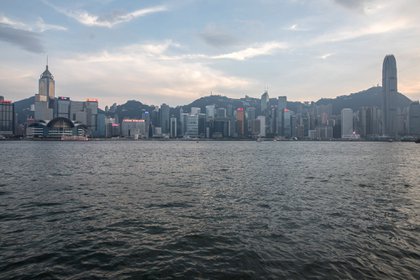 Five men and two women, between the ages of 30 and 37, were arrested, the police said in a statement on Wednesday after making raids on Jan. 19. The banks involved weren’t disclosed.

The crackdown marks the first time local bank employees in the Asian financial hub have been arrested in connection with an international money laundering syndicate, a police spokeswoman said.

A report released last year by the International Consortium of Investigative Journalists based on leaked documents found that Hong Kong was among the biggest centers in Asia for dodgy money flows from 1999 to 2017.

The police raided seven apartments and five businesses in the operation, according to a statement. In one apartment it seized HK$7.8 million in cash.

The investigation showed that the suspects helped 16 people employed by an international syndicate to launder money through 14 company accounts at local banks.