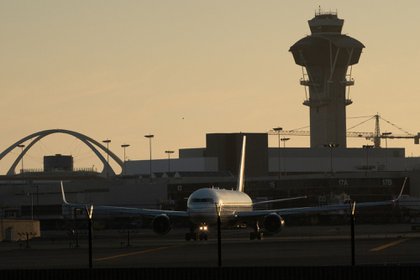 (Bloomberg) -- President Donald Trump is rescinding his coronavirus-related travel bans for non-American citizens arriving from the European Union, the U.K. and Brazil, the White House announced on Monday.

The White House said that the bans could be lifted because of a decision last week by the administration to require international travelers to present either the results of a negative recent coronavirus test or evidence that they had already recovered from the disease. The change is slated to go into effect starting Jan. 26, six days after President-elect Joe Biden takes office.

“This action is the best way to continue protecting Americans from Covid-19 while enabling travel to resume safely,” Trump said in a proclamation rescinding the order.

Travel bans will remain in place for China and Iran, the White House said, citing their “lack of cooperation” with the U.S. in fighting the virus.

The airline industry and European countries lobbied the White House to end the blanket bans -- first implemented last March -- arguing testing standards and increased vaccination rates should allow the U.S. to roll back the travel prohibition.

“We believe a well-planned program focused on increasing testing of travelers to the United States will further these objectives in a much more effective way than the blanket travel restrictions currently in place,” Airlines for America, an industry trade group, said in a letter to Vice President Mike Pence, who leads the administration’s coronavirus task force, earlier this month.

But the decision to roll back travel restrictions also comes after the discovery of a new, more contagious variant of the coronavirus was discovered initially in the U.K. Sequencing has subsequently shows the new strain of the virus circulating in other countries, including the U.S.

The move also comes as the U.S. has reported more than 24 million cases of coronavirus, and the deaths of nearly 400,000 Americans infected with the disease.

The recent decision by the Centers for Disease Control and Prevention to require a negative Covid-19 test for people arriving in the U.S. from other countries wasn’t directly linked to the travel ban, but it was seen as a way to impose safety restrictions that would allow for a resumption of travel.

Because the virus has been running rampant in the latest surge in the U.S., experts conclude that allowing people into this country from other nations wouldn’t pose a significant risk, especially with new testing requirements, said one person familiar with the debate.

Martin Centron, the CDC’s director of the division of global migration and quarantine, said last week the new testing measures would allow for expanded travel.

“Protecting the global public’s health while minimizing the interference to travel and trade is essentially our goal,” Centron said. “This testing order is really a recognition and another step in that direction.”

The removal of the travel ban won’t completely free people to travel to all destinations. The U.K., for example, still has a requirement for people to self-isolate upon arrival, which has made it all but impossible to travel there for business or holidays.

The restrictions were first put in place on March 11 in the early days of the pandemic after Trump issued a proclamation banning entry to nearly all non-U.S. citizens who had traveled to 28 European nations, China and Iran. It was expanded to Brazil on May 25.

The ban applied to any foreign nationals who had been in any of those nations within the previous 14 days.

Within months, airlines began seeking ways to lessen the ban or to remove it completely as it crippled their profitable routes across the North Atlantic.

Even as passenger numbers have rebounded gradually, travel across the Atlantic is running at about 15% of where it was a year ago, according to Airlines for America. By comparison, domestic traffic in recent weeks has hovered between 40-50% of last year.

(Updates with announcement starting in the first paragraph)