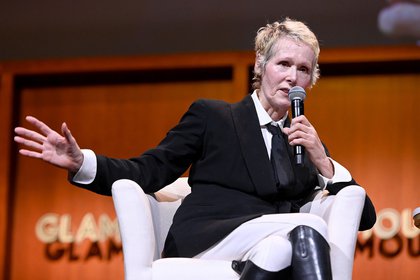 (Bloomberg) -- The U.S. Justice Department urged a federal appeals court to reverse a decision that forced President Donald Trump to face a defamation lawsuit by a New York advice columnist who accused him of raping her.

A lower court erred by denying the department’s request to substitute the U.S. government for Trump in the suit by E. Jean Carroll, which would have effectively ended the case, Acting Assistant Attorney General Jennifer Dickey said in a filing Friday in the U.S. Court of Appeals in Manhattan.

Carroll, who went public in 2019 with the alleged attack in a department store dressing room two decades ago, claims Trump defamed her by calling her a politically motivated liar. She has been trying to push ahead with the exchange of evidence between the two sides, including deposing the president under oath and securing a DNA sample from him.

The U.S. argued that Trump, who leaves office next week, is protected from Carroll’s suit by a law that prevents employees of the federal government from being sued for actions related to their work. U.S. District Judge Lewis Kaplan in Manhattan rejected that argument in October, finding that Trump’s comments about Carroll related to an allegation about conduct from before he was elected.

Dickey argued in Friday’s filing that Kaplan’s finding was wrong because the president’s remarks about Carroll, in which he denied attacking her or ever meeting her, were just part of his job.

‘Scope of His Office’

Trump’s disputed comments about Carroll were an “outgrowth of the President’s public response to allegations challenging his fitness for office,” the government said in the filing. “He thus acts within the scope of his office when, in this context, he seeks to defuse personal issues that threaten to impair his ability to achieve his agenda.”

The appeals court will determine whether the president is an “employee of the government” for purposes of the federal law protecting such workers from litigation. It will also decide whether Trump was acting within the scope of his office when he made allegedly defamatory statements.

If the court allows the U.S. be substituted for Trump as defendant in the suit, the case would be dismissed because the government can’t be sued for defamation.