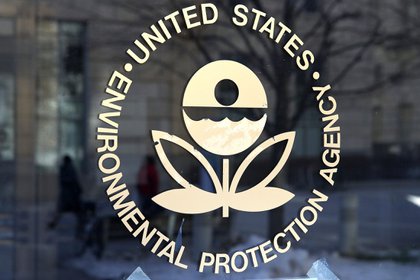 (Bloomberg) -- The Trump administration is rushing to impose industry-backed environmental regulations using a tactic that will make it harder for President-elect Joe Biden to repeal them.

The Environmental Protection Agency has skirted the customary waiting period of at least 30 days for new regulations to take effect and put several into force immediately. It’s a new twist on midnight rulemaking that undercuts the ability of Biden to freeze regulations his first day in office.

The law permits an agency to skip the waiting period for certain regulations if they have good cause to believe that waiting would be “impracticable, unnecessary, or contrary to the public interest.” But experts say it’s not clear Trump’s recent regulations meet the criteria -- and that they haven’t seen an outgoing administration make such widespread use of the exemption.

“We’re seeing essentially a new and unprecedented tactic to get last-minute regulatory actions on the books so that it ties the hands of the incoming administration,” said Amit Narang, a regulatory policy expert with the watchdog group Public Citizen.

The Biden administration still can rewrite regulations that have taken effect through a slow-moving notice-and-comment rulemaking process. Outside groups also could challenge the Trump rules — and their sped-up timelines — with the defense of Trump’s rules falling to the Biden administration.

“I doubt that it will put a lot of effort into the defense of rules that it strongly dislikes that were issued by agencies during the Trump administration,” said George Washington University law professor Richard Pierce. “The most recent rules have so many glaring errors that courts are likely to issue temporary injunctions in many cases.”

The EPA has so far declared at least five of President Donald Trump’s late-moving top political priorities immediately effective, including two that maintain existing limits on ozone and soot that public health experts argued should be strengthened. Two others curb how the EPA uses scientific studies and analyzes the cost of regulations.

The agency also immediately locked in greenhouse gas emission standards for new aircraft -- even though the requirements environmentalists criticized as too weak don’t apply until 2028.

The EPA has only recently started employing the strategy as it nears Biden’s Jan. 20 inauguration -- and the president-elect’s vow to block Trump rules that haven’t yet been published in the government’s Federal Register. That routine day one action allows new presidents to claw back regulations before they are finalized.

Biden’s agencies also have latitude to postpone the enforcement of regulations that have been finalized but not yet become effective. The move can buy several months for agencies to formally rewrite or repeal the rules.

By making some regulations immediately effective, the Trump administration limits that option for Biden.

By contrast, the EPA has indulged waiting periods for dozens of other measures imposed under Trump, including a rule meant to keep lead out of drinking water. That regulation, requiring water utilities to swiftly disclose possible lead contamination, is subject to a 60-day waiting period.

It’s not unusual for an administration to rush to finish regulations in its waning days, said Cary Coglianese, a regulatory expert at the University of Pennsylvania Law School. “But this idea of seeking a good-cause exception from the 30-day effective date -- that I haven’t seen before,” Coglianese said.

Representatives of the EPA and the Office of Management and Budget did not respond to questions about the administration speeding up rules. Under federal law, the waiting period generally isn’t required for regulations that don’t impose new obligations on third parties.

Newly released documents show the White House Office of Information and Regulatory Affairs has encouraged the accelerated timeline. The EPA regulation governing scientific studies was originally drafted with a 90-day waiting period that was zeroed out during OIRA’s scrutiny. And during OIRA’s review of the aircraft emissions rule, which was initially drafted with a 30-day waiting period, an unnamed employee observed “an immediate effective date would be feasible here” and recommended the change.

The strategy has been used for at least one rule outside the EPA -- a measure changing compliance dates for food labeling requirements published last week. And some activists worry it could be used on forthcoming regulations during Trump’s final days in office, including a potential Civil Rights Act measure that could undo protections against discrimination.

Administrations often engage in a final spurt of midnight rulemaking as appointees seek to finish work on political priorities before leaving office. That last-minute rush is more acute now, because Trump had more work left undone after a single term in office.

“The last three administrations had more certainty regarding their final day since they were completing a second term,” said Dudley, now director of the Regulatory Studies Center at George Washington University. “They could plan better.”