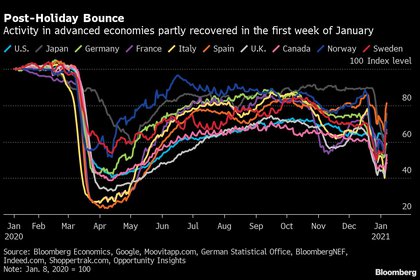 (Bloomberg) -- After slumping during the year-end holidays, activity in several of the world’s largest advanced economies partially recovered in the first week of January. Still, it remains significantly lower than at the start of last year, according to Bloomberg Economics gauges that integrate data such as mobility, energy consumption and public transport usage.