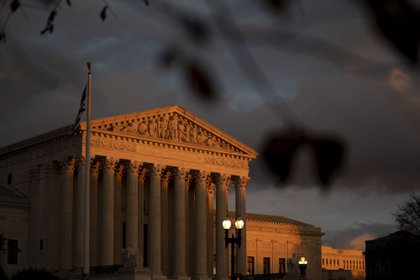 In a one-sentence order Thursday, the justices rejected Representative Louie Gohmert’s request to block Vice President Mike Pence from invoking the law that governed the congressional-vote counting session. That session concluded early Thursday morning, formalizing Joe Biden’s victory, after being interrupted Wednesday by a siege of the Capitol by rioters.

Gohmert’s ultimate aim was to have the election decided by the House of Representatives, which under the 12th Amendment would have voted by state delegations.