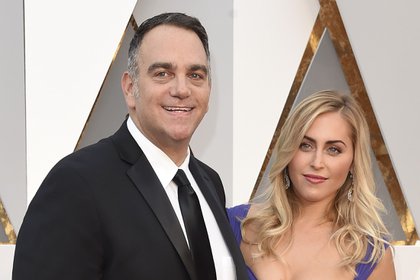 (Bloomberg) -- Oscar-winning producer Michael Sugar has raised $30 million to turn his boutique management and production company into the next big Hollywood talent shop.

Sugar, whose clients include Steven Soderbergh and Cary Joji Fukunaga, raised the money from investors Swan & Legend Venture Partners, which has also backed Jose Andres’s restaurant group, and MRC, the Hollywood studio that produced “Knives Out” and “Ozark.”

Sugar plans to use this new capital to move his company, Sugar23, into podcasting and book publishing. He also aims to expand its talent-representation business by hiring as many as 20 managers over the next 12 months. Sugar has already identified one new colleague: Meredith Wachtel, who represents “Wonder Woman” star Gal Gadot and Jason Momoa of “Aquaman,” is reportedly set to join him.

Sugar is a Hollywood rarity — both a manager to top clients and a successful producer. He is now hoping to capitalize on a moment of upheaval in traditional talent representation. Agencies have all cut staff due to the coronavirus, emboldening several top representatives to strike out on their own and form new companies. Many agents are turning to management because managers are able to produce shows under California law, giving them a potentially larger share of their clients’ business.

Sugar was early to this trend. Sugar23 has already produced “Dickinson” for Apple TV+ and “Maniac” for Netflix Inc. He formed Sugar23 in 2017 after years at Anonymous Content, where he both represented top filmmakers and produced projects like “Spotlight,” which won the Oscar for best picture. Sugar’s client Josh Singer co-wrote the script.

Sugar closed a deal with Netflix after striking out on his own, giving the streaming service exclusive rights to all scripted TV projects produced by Sugar23 and a first option on all films. He is now building out the team to help expand his company, hiring a chief financial officer and general counsel, and seeking heads of a new publishing imprint and podcast division.

The idea, he says, is to give any client the opportunity to create something in just about any arena, be it a director who wants to write a book or an actor who wants to produce a documentary.

“Having been in the service of artists for 25-plus years, I saw there was a ton of opportunity across multimedia,” he said. “I’m trying to not be a service business. I’m trying to create a scalable media business with actual assets.”