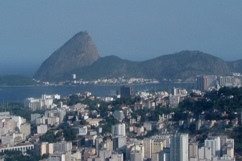 (ATR) An electrical engineer is picked to put a spark into marketing for the Rio de Janeiro Olympics.

While the hiring of Renato Ciuchini as chief commercial officer was just announced by Rio 2016, he and other new marketing colleagues took part in the observer program for the London Games.

Ciuchini (pronounced Choo-kee-nee) came to Rio 2016 from the U.S. technology firm Convergys. He was he was the Latin America commercial vice-president for the IT firm.

Ciuchini, who has a degree in electrical engineering and an MBA, has worked for a series of companies in the technology sector in Brazil for the past 20 years.

"We are delighted to appoint someone of Ciuchini’s calibre to steer a team that is now fully staffed following some other key appointments," said Rio 2016 chief Carlos Arthur Nuzman in a statement.

Other appointments include Donovan Messa Ferreti, a computer science graduate with an MBA as ticketing director. Previiously he was general director of the Brazilian events management company GEO.

The new team in marketing follows the firing of the old team about 10 months ago. A replacement CCO was hired, but he left in February for what were termed as personal reasons.

Leonardo Gryner, CEO of Rio 2016, has been handling marketing details in the interim.

Although Ciuchini is not known to Olympic marketing experts contacted by Around the Rings, his hiring may allay concerns by the IOC over turnover in key posts at Rio 2016. A month before the London Olympics, the chief operating officer abruptly left. Replacement Marco Aurelio Costa Vieira came aboard at the start of the London Games.

Written and reported by Ed Hula.