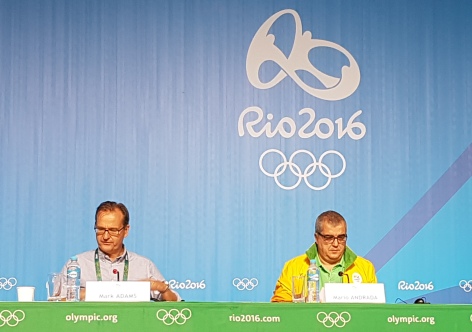 (ATR) The state of the Paralympic Games budget remains a mystery thanks to alegal injunction that prevents Rio 2016 from discussing it.

Rio 2016 communications director Mario Andrada said that he could not comment on the current status of the budget until the legal matter is resolved. The injunction stems from a court blocking the use of government money to help fund the Paralympic Games.

The funding is necessary to fulfill a two-week late payment of a grant for smaller National Paralympic Committees so they can travel to Brazil for the Games.

"I cannot confirm anything to the Paralympics since there is an injunction and we have already mentioned that this matter is with our legal team," Andrada said to reporters during a daily press briefing. "I cannot and will not make any comments."

International Paralympic Committee president Philip Craven said to international media that the Games remain in a "precarious" situation. He added that assurances have been given by Rio mayor Eduardo Paes to ensure the Games go on, but urged organizers to be transparent with their accounts.

"Our aim right now is to bring in additional funding and resources in order to deliver the Games at the service levels expected by all stakeholders, most importantly the athletes," Craven said.

No IOC Commemoration for Havelange

The Olympic flag will not be flown at half staff after the passing of former member Joao Havelange.

Havelange died this morning at the age of 100. He was the second longest serving president of FIFA and was an IOC member from 1963 to 2011. Havelange resigned from the organization amid a bribery scandal uncovered during the bankruptcy of ISL, a former FIFA marketing partner.

IOC communications director Mark Adams said that Brazilian flags will be flown at half staff as per the request of the Rio 2016 organizing committee. Adams could not confirm to journalists if a moment of silence would be held before the day’s football semifinal matches.

A total of 3482 doping tests have been carried out at the Olympics.

Of those tests, 2927 were urine tests, 232 were bloods test, and an additional 324 were blood tests for athlete’s biological passport.